An illustration of possible routes for light trail on the Clifton Corridor as shown earlier this year. MARTA has now narrowed the alternatives for rail and bus rapid transit options to three. (Illustration by MARTA.)

MARTA will reveal three alternatives for routes or modes of its proposed Clifton Corridor transit line at public meetings on Nov. 15 and 17.

The Clifton Corridor line would run between Buckhead’s Lindbergh Center Station and either the Avondale or Decatur stations. Along the way, it would serve such major institutions as Emory University. 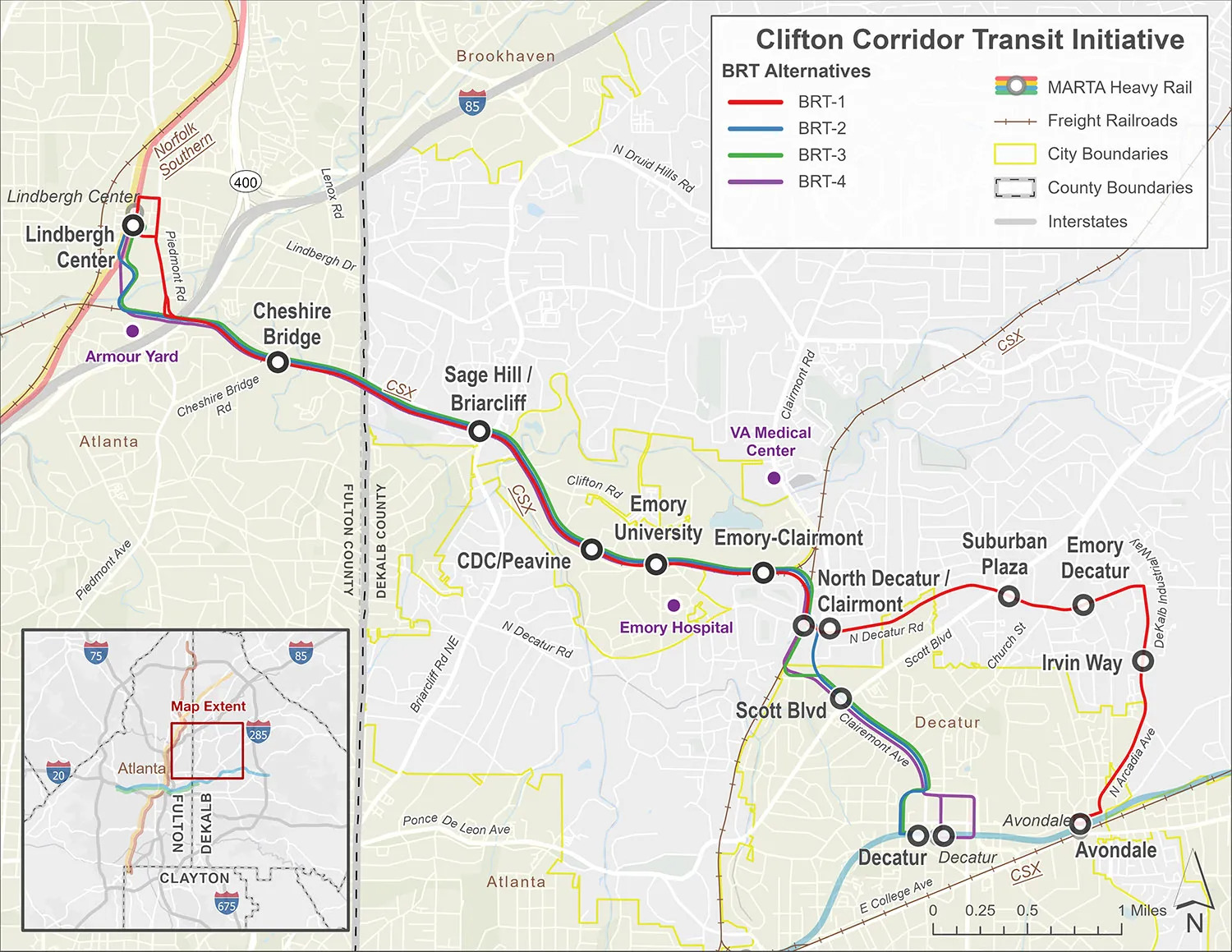 Options for BRT on the Clifton Corridor line as presented by MARTA earlier this year. (Illustration by MARTA.)

Originally proposed as a light rail line, the Clifton Corridor has been under consideration as a bus rapid transit (BRT) line as an alternative. BRT typically means high-capacity buses using a dedicated lane and other advantages over other motor vehicle traffic.

At meetings earlier this year, MARTA solicited feedback on 10 alternatives for routes and modes. The transit agency said in a Nov. 7 press release that it has narrowed those options to three and is seeking feedback to select the final one.

MARTA spokesperson Stephany Fisher would not reveal what those three alternatives are, but said both light trail and BRT are still being considered as possible modes.

The Nov. 15 meeting will be held in-person at 6:30 p.m. at North Decatur United Methodist Church, 1523 Church St., Decatur. RSVPs are requested via this online form.

The meetings also can be accessed through MARTA’s Clifton Corridor website.