Mayor Kasim Reed: Atlanta can be a gateway to Cuba 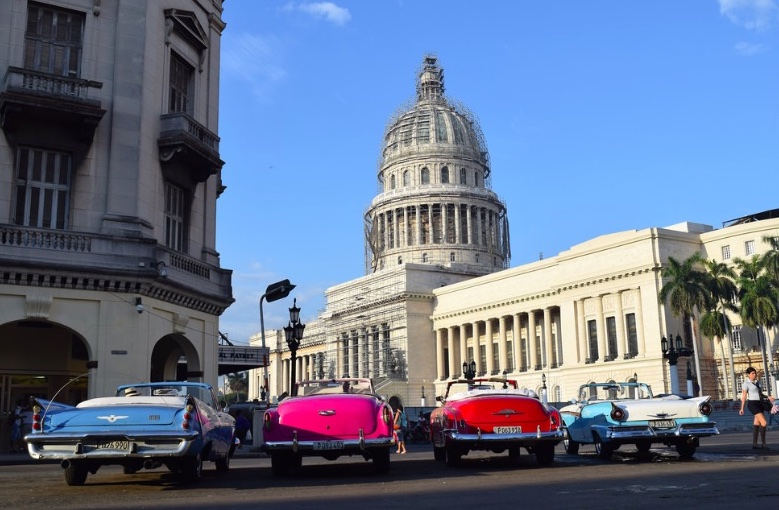 Atlanta can become the business gateway to Cuba, Mayor Kasim Reed said Friday morning after his quarterly meeting of the Atlanta Committee for Progress – a high-level group of business and civic advisors.

That is why Reed will be joining Ambassador Charles Shapiro, the president of the World Affairs Council of Atlanta, on a business-oriented trip to Cuba from June 27 to July 1. 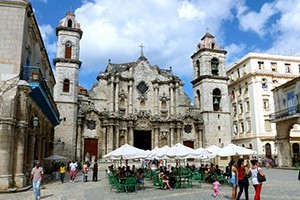 Cuba was one of several topics Mayor Reed discussed during an interview with two reporters after the ACP meeting.

According to the World Affairs Council’s website, “the timing could not be better.” President Barack Obama has asked Congress to begin lifting the economic embargo and to start moving toward full diplomatic relations.

Both moves are expected to forge strong business and trade opportunities for U.S. companies both in Cuba and domestically.

“Atlanta and Georgia is in position to be first with Cuba,” Reed said, adding that historically there has been a strained relationship between Cuba and Florida.

Many Cuban families who fled the island in 1959 and 1960 when Fidel Castro came to power made their homes in Florida and have built a powerful constituency in the Sunshine state. 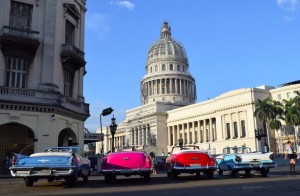 “We don’t have the political drag that Florida has with all the interactions with Cuba,” Reed said. “I’m going to Cuba to start getting to know the people and to send a clear message that we want to establish a relationship.”

One clear opportunity would be for Delta Air Lines to be able to gain the rights to fly into Cuba. Reed said that Delta CEO Richard Anderson would not be on this trip to Cuba, but the mayor said he is definitely interested in helping the Atlanta-based airline gain entry into the island country that has been off limits to the United States for more than 55 years.

On another business related topic, Reed confirmed that Atlanta and Georgia officials are focused on luring companies from Connecticut to Georgia.

GE announced earlier this month that it had set up an exploratory committee to look at possible other place for its corporate headquarters following what it considered to be business-unfriendly legislation that had just passed in the Connecticut legislature. Specifically GE mentioned onerous tax legislation that would target corporations in the state.

Over the years, GE has had significant investments in Georgia, but that has been reduced in recent years due to a reorganization and restructuring of the company’s businesses.

The prospect of GE’s corporate headquarters in Georgia, which now has 20 Fortune 500 companies, is quite appealing to economic development officials and political leaders.

“We’ve been working on that,” Reed said. “I visited with a group of business leaders from Connecticut yesterday. There are 17 headquarters that are based in Connecticut. They have been very aggressive in reaching out about what this would look like.”

The mayor added that beyond the Connecticut legislation, his sense is that there is a pipeline of companies from the Northeast that are looking to South when considering future investments and expansions, if not relocations.

In other news, Reed said that he told ACP members that this year’s city budget likely would have reserves reaching $150 million. Also Fitch just increased the city’s credit rating to AA+. That means that three credit rating agencies have made moves since he’s been mayor – “all with improved outlooks for the City of Atlanta.”

The mayor said ACP has formed an infrastructure bond oversight committee, headed by Georgia Power CEO Paul Bowers and Cousins CEO Larry Gellerstedt, to oversee how the recent $250 million bond referendum is invested. They are raising between $1 million and $2 million to staff that oversight effort.

Reed also said that progress is being made on the Westside Future Fund, and that the group was about 10 days away from announcing its selection of an executive director.

The business community already has raised about $350,000 – just less than half of what is needed – to run the operations of the Fund, which he said would “quarterback” the development activities on the Westside – much like the East Lake Foundation has done on the Eastside.

Richard Dugas, CEO of the Pulte Group who is chairing the Westside Future Fund, said it is premature to announce how much the Fund will try to raise in its desire to stimulate new investment in the area.

“The number one definition of success here is engaging with the community,” Dugas said.

Reed also added that Liz Blake, who recently retired from Habitat from Humanity International, will serve as the general counsel for the Fund; and Lee Adrean, who retired as CFO of Equifax last year, will serve as its CFO.

“We are attracting well qualified people who see we can really make a difference there,” Reed said.