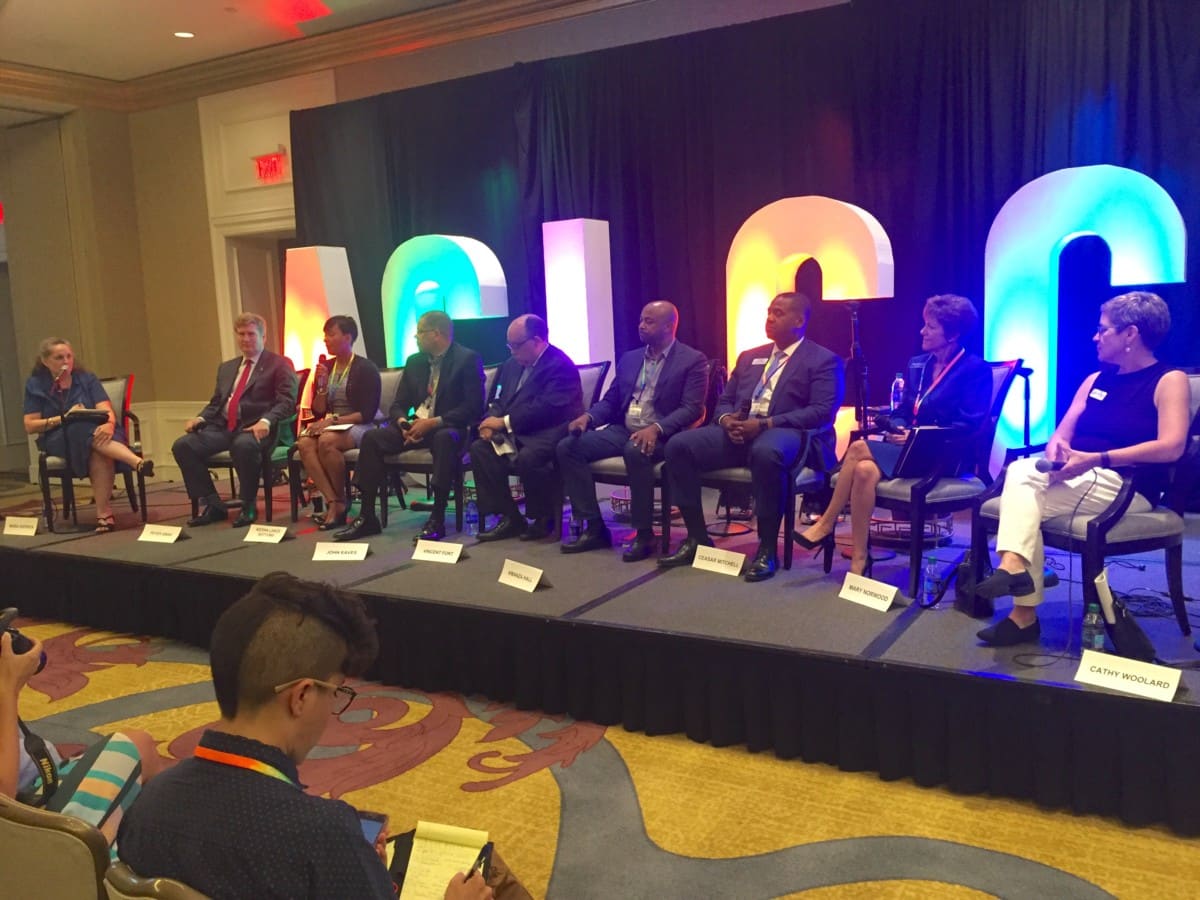 Eight folks who want to be the next mayor of Atlanta laid out their platforms Friday at a forum held by the Atlanta Gay and Lesbian Chamber of Commerce, and what they’d do as leader of a city that’s politically quite different from the state of which it is the capital.

All said they would be quick to help stop any efforts to pass something like North Carolina’s 2016 “bathroom bill” – a requirement from a conservative state Legislature that transgender people use public restrooms that that match the gender on their birth certificates.  It came just after progressive Charlotte had passed an ordinance that let transgender people use public facilities that match their gender identity.

Georgia has had no “bathroom bill” battle, but its lawmakers have warred over various bills that critics in the business and LGBTQ community say amount to licenses for businesses to discriminate.  Those bills are loosely referred to by the name of one that was vetoed: RFRA or the Religious Freedom Restoration Act. 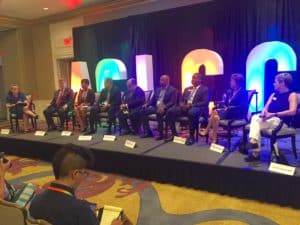 City Councilwoman Mary Norwood — the only self-proclaimed independent in a sea of self-proclaimed Democrats — said her job as a councilperson was passing the council resolution she co-proposed in opposition to RFRA. “I was delighted to to see the business community onboard and the governor onboard, it was one of the finer hours of the state,” she said, and pledged to continue efforts like that.

City Council President Ceasar Mitchell said, “When you see something like that [bathroom bill] you have to speak out against it … I spoke against that bill and then encouraged Atlanta to pursue that NBA All-Star game and take it from Charlotte.”

Kwanza Hall, also a member of City Council, said that relationships have to be built with the next generation of leaders. He pledged to meet with 2018 gubernatorial candidates and other state leaders “to ensure sure that they understand how things are done in a great city like Atlanta and how it benefits the overall economy of the state and their communities ultimately.”

John Eaves, chairman of the Fulton County Commission, said that he has experience lobbying the state Legislature.  Indeed, support under the Gold Dome for north Fulton secession as “Milton County” has eased during his tenure as the county’s top elected official. “There’s a role that the mayor can play in terms of lobbying, demanding, being engaged, but there’s just as important a role that the community can play in terms of advocacy,” he said.

Vincent Fort currently has a job under the Gold Dome — he’s the No. 2 Democrat in the state Senate.  He said the next mayor is going to have to deploy strategy and tactics to fight a RFRA or similar bill, and he’s had a role doing that in the Senate. But he said he’s told audiences that fighting things like RFRA is the right thing to do morally, and in addition to that, it’s what you have to do to attract events like Super Bowls.

Councilwoman Keisha Lance Bottoms said she has heard from the business community that one of the city’s biggest selling points is its human rights ordinance.  “I think that has to be a very, very clear message from the mayor at all times: that we are an inclusive city,” Bottoms said.

Former Atlanta COO Peter Aman said, “we absolutely cannot go down the path of having legislation at the state level which is that discriminatory and unwelcome.”  He said he will work across party lines and would be engaged and aggressive to fight such legislation.

By chance, former City Council President Cathy Woolard spoke last. Besides being the first openly gay elected official in Georgia, she’s been a top lobbyist at the state capitol for four years working against RFRAs.

By a simple show of hands, all candidates expressed support for the rights of gay people to adopt children.  But that was a hot-button issue under the Gold Dome this year as well.  An update to the state’s adoption law was killed after key Senate Republicans insisted that adoption agencies that receive state funding should be able to decline to place children with LGBTQ families. 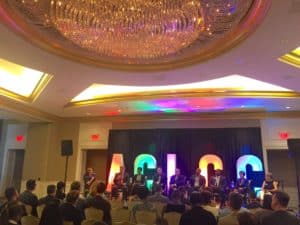 Yet part of the next mayor’s job is to manage the relationship with what will most certainly be a Republican-dominated state Legislature for years to come.

Current Atlanta Mayor Kasim Reed and Republican Gov. Nathan Deal have a rather famously good working relationship, even as they disagree on many issues.

But asked how their leadership styles would be different from that of Reed, all candidates suggested their own styles are at least a little different, and some threw shade on hizzoner.

Eaves called the mayor “more of a dictator.” And Aman said the mayor uses “high-pressure” approaches to getting things done.  Both said they would be more collaborative.

Fort said City Hall has “lost its way” with commitments to “megaprojects” like the new Mercedes-Benz Stadium.

Woolard said she would be more collaborative than Reed but also be more innovative, look to other cities and people in the community for inspiration.  Norwood promised a level of transparency that she said the city hasn’t had.

Mitchell said he would make an extra effort to look for “win-win-win” solutions, but he also complimented Reed fore being a strong leader for the city. Hall called himself an extrovert and described Reed as an introvert.

Candidates broadly pledged commitments to diversity and inclusivity in city hall, both in their administration offices and in city business opportunities for LGBT-owned businesses.

But it’s not quite clear what would happen to one of the most high-profile members of the LGBTQ community in Atlanta: recently appointed city police Chief Erika Shields.

New mayors can and do pick their own top cops.  Asked if they would keep her on, candidates had nothing but compliments for Shields, calling her capable, compassionate and truthful, among other things.  Hall said he is “100 percent” in favor of keeping her as police chief, but the others distanced themselves from making any decision or promise about jobs now.

As a forum — not a debate — the candidates took no questions from each other or the audience. Maria Saporta, editor of SaportaReport, served as the moderator during the forum and asked the candidates questions.

Georgia Voice taped the forum for Facebook Live so it would also have an online audience during and after the event.

The nonpartisan mayoral election will be held Nov. 7 and it is almost certain that it will require a runoff between the top two finishers. The run-off election is scheduled for Dec. 5.

Reflecting on Obama 50 years after Stonewall