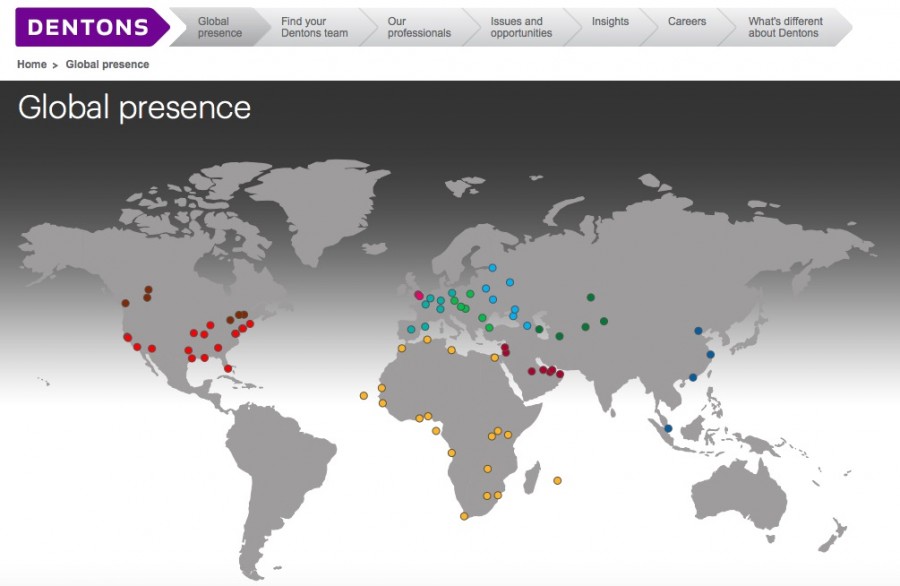 The Atlanta Based McKenna Long & Aldridge is combining with the world’s largest law firm – Dentons.

It is a combination that the key players of both McKenna and Denton believe will set the formula of how law firms will operate in the future. They will be global enterprises with “polycentric” home offices.

“We saw the opportunity to become part of their vision for the next generation law firm and to better serve our clients – locally, nationally and internationally,” said Jeff Haidet, who is chairman of McKenna Long and will become co-CEO of Dentons US.

Dentons partners met Wednesday to approve the merger. McKenna Long partners had approved the merger “several weeks ago,” Haidet said in a conference call Tuesday afternoon to discuss the combination on an embargoed basis. 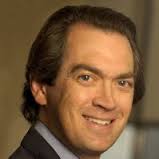 Joining him on the call were several key executives of Dentons, who explained how the law firm grew into becoming the largest in the world with 6,600 legal professionals in 125 locations in more than 50 countries. In the United States, Dentons will have 1,100 professionals in 21 locations.

So how did Dentons emerge into the force it is today? Dentons was formed in 2013 by the combination of three major international firms, according to Elliott Portnoy, Dentons Global CEO.

There was Salans, which began in Paris and later had offices in Moscow, Warsaw, London and New York.

There was the Canadian firm of Fraser Milner Casgrain (FMC), which can trace back its roots to 1839 in Toronto. By the time of the 2013 combination, FMC had offices all over Canada.

And then there was the third firm of SNR Denton, that dates back to 1742 in London. Over the years, that firm expanded to Chicago, New York, the Middle East, Europe as well as Beijing, Shanghai and Hong Kong.

For the past couple years, that combination called Dentons had 2,503 partners and legal professionals and was the eighth largest firm in the world.

The merger with McKenna Long brings that total to about 6,600. The next largest global firm is Baker McKenzie with 4,245 professionals. 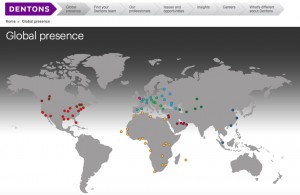 It’s not the number of lawyers that is most important, but the breadth and depth of expertise they can offer clients no matter where they are doing business or want to do business, Portnoy said on the conference call.

“From the beginning, we’ve been focused on insuring that we grow the firm in the world’s largest legal market – the United States, and in some of the most important business markets in the U.S., like Atlanta,” Portnoy said. “This (McKenna Long) combination is a critical step in the ambition to build a truly powerhouse law firm in the United States that is deeply integrated with the rest of the firm and can meet our clients’ needs anywhere they are around the world.”

Portnoy said that clients all over the world are “intensely interested in doing business in the Southeast,” which led them to want to have an important base in Atlanta.

“It’s a vibrant and important business hub in the United States,” Portnoy said. “This new law firm will be able to do for clients what no other law firm in the world will be able to do, and Atlanta will play a very prominent place in this new firm. It will be one of our largest offices. And this will create an outsized opportunity to help shape our clients’ needs.”

Portnoy then explained that the firm did not have a home base with branch offices. Quite the opposite.

“There’s no one headquarters, no dominant nationality. There’s no flag that we fly,” Portnoy said. “We are polycentric.”

Peter Wolfson, who currently is CEO of Dentons US and will be co-CEO with Haidet when the combination is implemented, said there five stand-alone geographic regions to Dentons – and they are all support the global entity. Those regions are: Dentons US; Dentons Canada; Dentons Asia; Dentons UK, Middle East and Africa;; and then there’s Dentons Europe, which includes Russia and many Eastern European countries.

Haidet said McKenna Long has come a long way since its “humble beginnings” when the firm was founded in 1974.

The combination between Dentons’ and McKenna is expected to take a polycentric approach to community engagement as well.

“The firm is continuing our culture and philosophy in being engaged in communities where we serve,” Haidet said. McKenna lawyers got to know Dentons partners out in the field as their clients’ needs became “more sophisticated.” The combination has grown out of a foundation of good will that has been building over the years – including when McKenna’s Gordon Giffin served as U.S. ambassador to Canada , where he got to know key players with Fraser Milner Casgrain (FMC).

“We will be change the (McKenna) name to Dentons U.S., but we will continue to identify with the McKenna Long name,” Haidet said.

Because the new firm will be able to offer more services worldwide, Haidet said he expects the Atlanta office to continue to grow. No matter what, both firms are intent on being client-focused, he said.

As for as when the merger will actually be implemented, Wolfson said it likely would take until June to get new business cards printed, make sure there’s a common worldwide billing system as well as compatible computer technologies.

” We believe we will be able to go live in June,” Wolfson said

In Atlanta, McKenna Long is well known for its bipartisan government affairs team, which will only become stronger after the Dentons merger.