A detail of a 2011 photo of a mural in Mechanicsville, which was named for railroad workers, showing a locomotive. (Photo by Keizers via Wikipedia under Creative Commons license.)

Atlanta’s Mechanicsville neighborhood is getting its first-ever historic study as a step to possible National Register designations for certain streets and buildings in a time of development pressures.

A $40,000 grant for the study was secured last week by the nonprofit Atlanta Preservation Center (APC) working with local resident and activist DeMicha Luster. The grant comes from the Stadium Neighborhoods Community Trust Fund, which was created by the City to mitigate one of those development pressures: Georgia State University’s 2017 purchase of the former Turner Field in nearby Summerhill.

Luster, who wrote the grant application for APC, says she hopes the study will inform the preservation of the “cultural fabric” and housing in the largely residential neighborhood. For her, that ties into the holistic approach to combating gun violence she carries out with her nonprofit The Urban Advocate, a field where Atlanta’s huge wealth and income inequities play a big role. 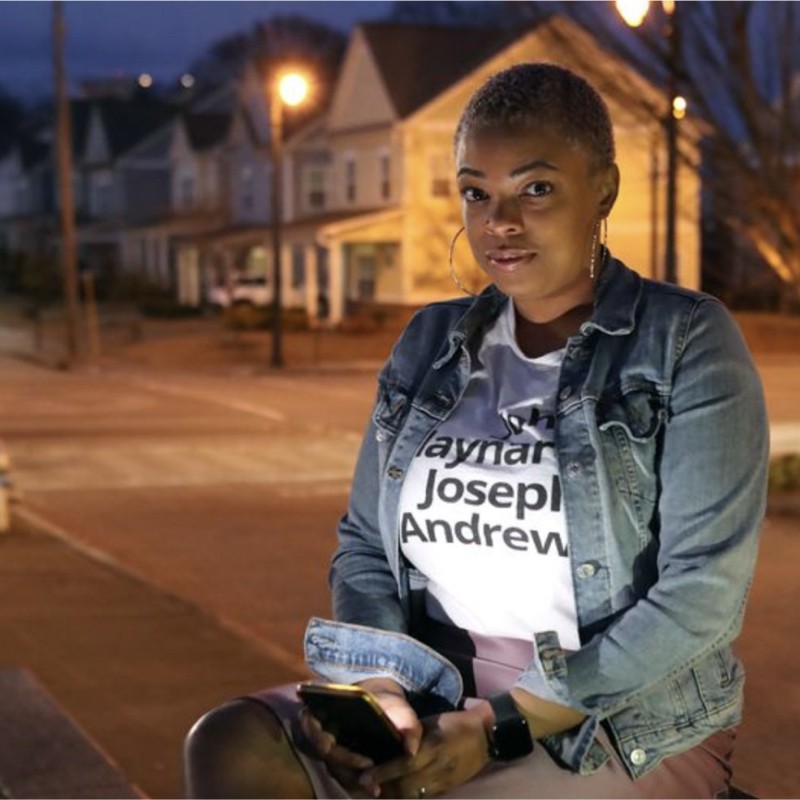 “I’ve learned a lot about historic preservation, and I think that some of the issues that we’re fighting in South and West Atlanta are just symptoms of other things,” said Luster in a phone interview. “If you just keep treating the symptoms, you don’t get anywhere. You need to treat the diseases. Everyone knows housing is a huge portion of the inequity.”

APC Executive Director David Mitchell emphasized the importance of local input and how the study’s eventual report will provide a factual basis for how the community or individual property owners shape the neighborhood’s future.

Mechanicsville is one of Atlanta’s oldest neighborhoods, dating back over 150 years and named for the mechanics on the railroads that brought the city to life in the first place. Yet no one has ever conducted a full study of its history, which now consists of scattered City reports over the decades and some individual buildings on the National Register of Historic Places.

APC already has contracted with the Savannah firm Landmark Preservation to conduct the study, which Mitchell estimates will take one to two years. Its focus will be on the eligibility of areas and buildings for listing on the National Register, which does not restrict demolition or alteration, but can be the grounds for preservation-oriented grants and tax credits. The National Registration designation is different from the City’s landmarking process, which can restrict demolition and other changes.

While the findings remain to be seen, everyone has a favorite spot to research. Mitchell points to a trio of houses on Glenn Street that appear to have been designed by the same architect. Luster knows of a house that once served as a beauty parlor. “And our community is open to preserving some of these spaces if the community supports it,” says Luster, who also serves on the Mechanicsville Civic Association.

Mitchell says the study’s report will be a crucial resource for the community in being “really informed and thoughtful” about not only preservation today, but development in the future. The APC has aided some of that conceptual thinking, too. Last year it hosted the exhibit “Mechanicsville 2030,” a Georgia Tech class project on the adaptive reuse of historic industrial buildings on the Mechanicsville/Castleberry Hill border. The concepts focused on community-minded makeovers that included, rather than displaced, existing residents.

Luster said that project was “very unique, and it opened our community’s mind to development that was just different.” She said it showed the possibilities of a subneighborhood being a “little gem.”

All of Mechanicsville has an “ecosystem” suitable for a supportive community, Luster says, noting that roughly half the neighborhood is centered on Dunbar Elementary School and the Dunbar Neighborhood Center tucked against Rosa L. Burney Park. For her, a key to the study is “just seeing how we can save more of our cultural fabric.”