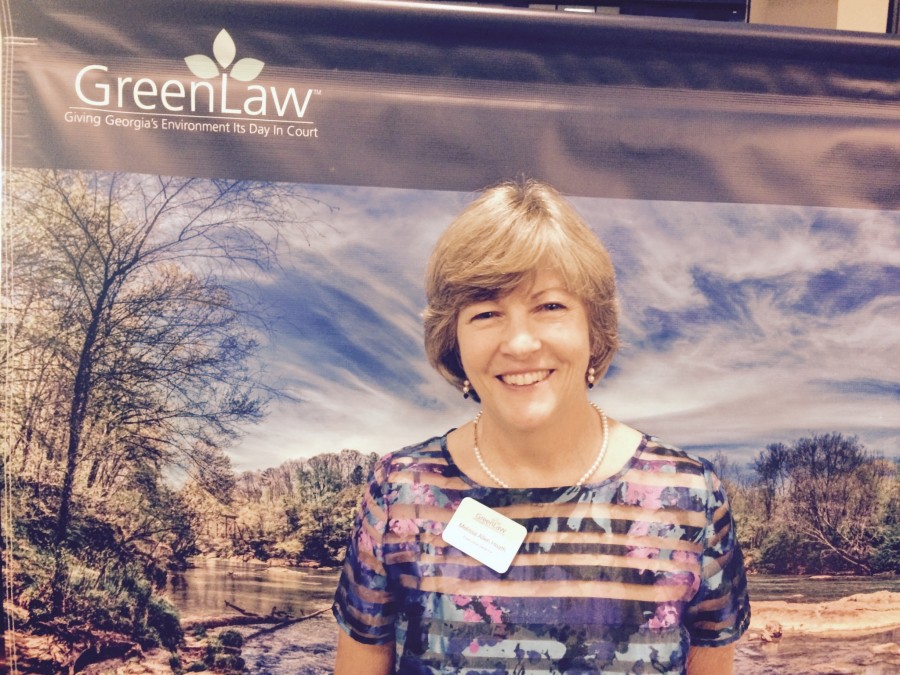 Heath is joining the GreenLaw firm after working for the Environmental Protection Agency Region 4 since 1987 – most recently as associate regional counsel. 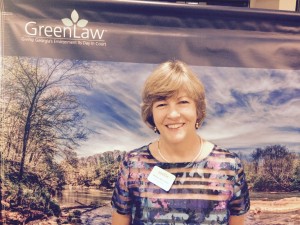 She succeeds Stephanie Stuckey Benfield, who resigned earlier this year so she could join the City of Atlanta as its director of sustainability.

“This opportunity jumped out,” Heath said. “I left the EPA two years short of full retirement. I wanted to work with Green Law to be on the public interest side of environmental issues.”

Benfield, a co-founder of GreenLaw, was one of the honorees at the event for her years working on environmental issues in the state legislature as well as her years as executive director at GreenLaw.

She received the Ogden Doremus Award for Excellence in Environmental Law, an award she said held special meaning to her because she considered Doremus a mentor.

Two veteran environmentalists – Neill Herring and Mark Woodall – were co-recipients of GreenLaw’s Environmental Heroes Award. Both of them have been involved with the Sierra Club and other environmental organizations for decades – fighting for their causes under the Gold Dome to make sure good legislation was passed and bad legislation was killed.

Herring did not disappoint. He said he learned 30 years ago what these events were all about when civil rights attorney Al Horn was dying – “so of course they had to honor him.” When Horn was being honored, he said I know what this is all about – fundraising. 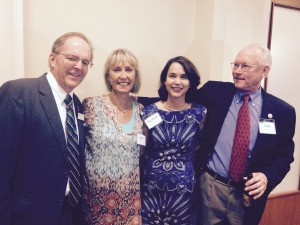 “This hero thing is crap,” said Herring, adding that the real heroes are the victims who are fighting for clean air and clean water from the ground up “who refuse to take it lying down. Without them, Woodall and I are just clowns in the halls of the Gold Dome.”

Herring went on to say that often the efforts of the Sierra Club is misunderstood. It’s not about saving nature or the environment.

“People is what we are worried about,” he said

Then bringing it back around Herring said: “I appreciate y’all using me to raise funds. I like working. I really like openly, blatantly and flagrantly disrespecting my betters every day of my life.”

The more subdued Woodall simply said he was “glad to ride Neill’s coattails to the Capitol,” and that in addition to trying to keep the rivers clean, the air pollution free, energy renewable, “in our spare time, we have to save democracy.”

The last honoree was Sally Bethea, the founder and long-time director of the Chattahoochee Riverkeeper who recently retired. Heath said she remembered when Bethea was just starting the Riverkeeper and how “she took it from a shoestring into one of the most effective and respected river organizations in the country.”

Bethea, who is now teaching at Georgia Tech, urged everyone to reach out and mentor younger environmentalists to make sure the movement remains strong for years to come.

GreenLaw was founded in 1992 by attorneys, law professors, and judges committed to providing community groups in Georgia with the legal and technical tools needed to protect their environment and public health.

According to the firm’s website, the founders recognized the essential need for a powerful public interest legal group to challenge industry and government actions that have degraded Georgia’s environment.

For decades, Georgia environmental and conservation groups have prodded polluters to obey the law while also demanding that the state enforce the law more effectively.

But the protection of Georgia’s resources often depends on the interpretation and implementation of complex environmental laws and regulations. Industrial polluters pay large corporate firms with fleets of lawyers and aides to protect their interests.

GreenLaw’s legal expertise has been an essential component in the battle to compel unresponsive government agencies to enforce the law and to force industries to remedy serious water and air pollution violations across the state.