Mercedes-Benz Stadium on ‘compressed’ schedule to open on time 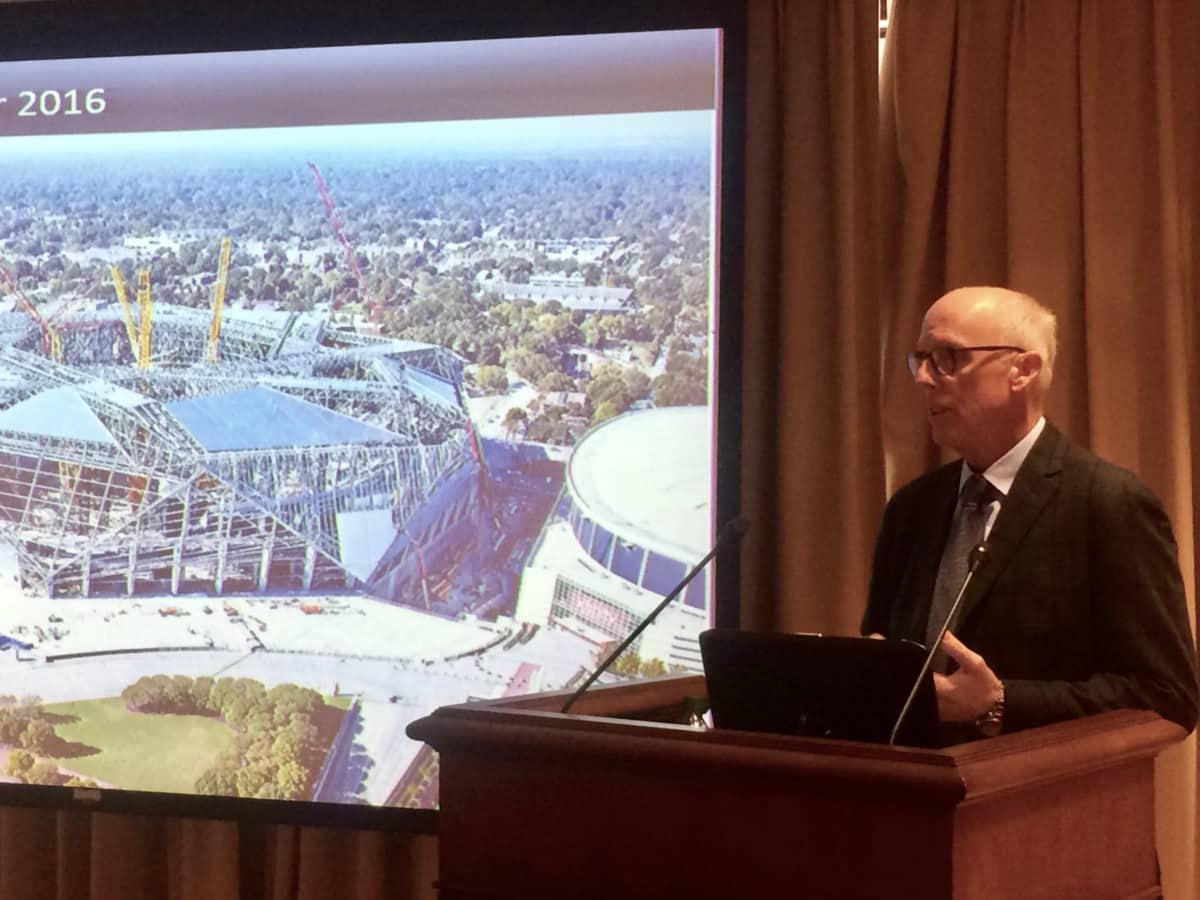 The Mercedes-Benz Stadium is on an accelerated construction schedule so it can open on time, but no one is ready to share the actual date of  when it will open.

Stadium builders and developers presented a progress report Monday morning to the Development Committee of the Georgia World Congress Center Authority, and their sentiments are best described as being cautiously optimistic.

The person who seemed to be most cautious was Tommy Holder, the CEO of Holder Construction, which is part of the HHRM (Holder, Hunt, Russell, Moody) construction team.

When asked what was keeping him up at night, Holder jokingly said: “I’m not going to sleep until we hit our date.” 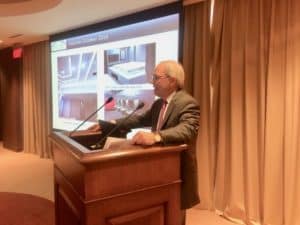 When pressed about the date, Holder only said mid-summer, and when asked if that meant mid-July, he said that was a good guess.

But he also assured committee members a lot of work is underway inside the $1.5 billion stadium.

“Most of the concessions are built out. The locker rooms are under construction,” Holder said. “We are very optimistic we are going to hit our date.”

But with a project as complicated as the Mercedes-Benz Stadium, there are a myriad of factors that can delay the project, including the long-awaited rain expected this week.

“A lot of people complain about the drought. We are not,” Holder said.

But if there are many rainy days between now and mid-summer, it could alter to schedule.

“We are in a compressed schedule. We are accelerating the project to get finished,” Holder said, acknowledging that the project was running a bit behind from the original timeline. ”We have a very tight and very ambitious schedule.”

The construction crews did pass a significant milestone earlier this month when there was a successful jack-down – a term describing when the temporary supplemental support structure for the roof is removed. 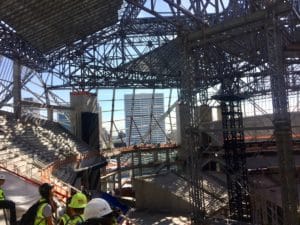 “Our biggest concern all along was the roof structure,” said Holder with a sigh of relief. Now the focus will be on finishing out the build out of the retractable roof, which will include a complex assembly and installation of eight “petals” that will be able to open and close in about 10 minutes.

“That’s not an easy feat,” Holder acknowledged. “We are pretty confident that it’s  going to go okay.”

Rich McKay, president and CEO of the Atlanta Falcons, sounded even more confident.

“We do feel very good,” McKay told the GWCCA members. We are very confident with were HHRM is.” Later McKay added: “We knew the jack-down event was an important milestone.”

McKay also highlighted the one-of-a-kind LED signage that will be a 10-foot tall oval ring around the stadium.

“Everyone’s perspective of it will be really cool,” McKay said. “There are 64,000 square feet of LED.” By comparison, the Georgia Dome has 4,800 square feet.

Right now, the plan is for the Falcons to play two pre-season games in the Stadium – most likely Week 2 and Week 4.

The development group also is in the process of planning “big scale opening events,” which likely will be announced in the next two to three months. “We will do a lot of soft events as well,” McKay said. 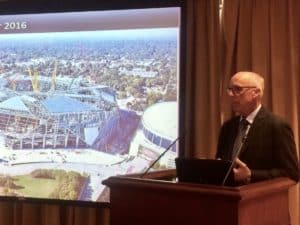 Of particular interest will be when the team will be able to show off the opening of the roof structure. Although it will look like the petals are curving to open like the aperture of a camera, each petal actually will be moving in a back-and-forth motion along a straight rail track.

Holder said the petals will be partially assembled on the ground and then lifted into place for final assembly.

“We’ve got a brilliant subcontractor who is doing that,” he said. “It’s existing technology, and the petals will move in a straight line.”

“We don’t anticipate any problems,” McKay chimed in.

Bill Darden, who is the developer’s representative overseeing the stadium construction, said there are checkpoints all along the way to make sure the project is going according to plan.

“I’m sufficiently concerned about the success of the project,” the ever-cautious Holder said. But he also said there is some flexibility with the schedule – if they are falling behind, they can further accelerate the project, but there would be financial implications to either adding more crews or more shifts.

Finally Holder relaxed and said the stadium project “is in a great place.”