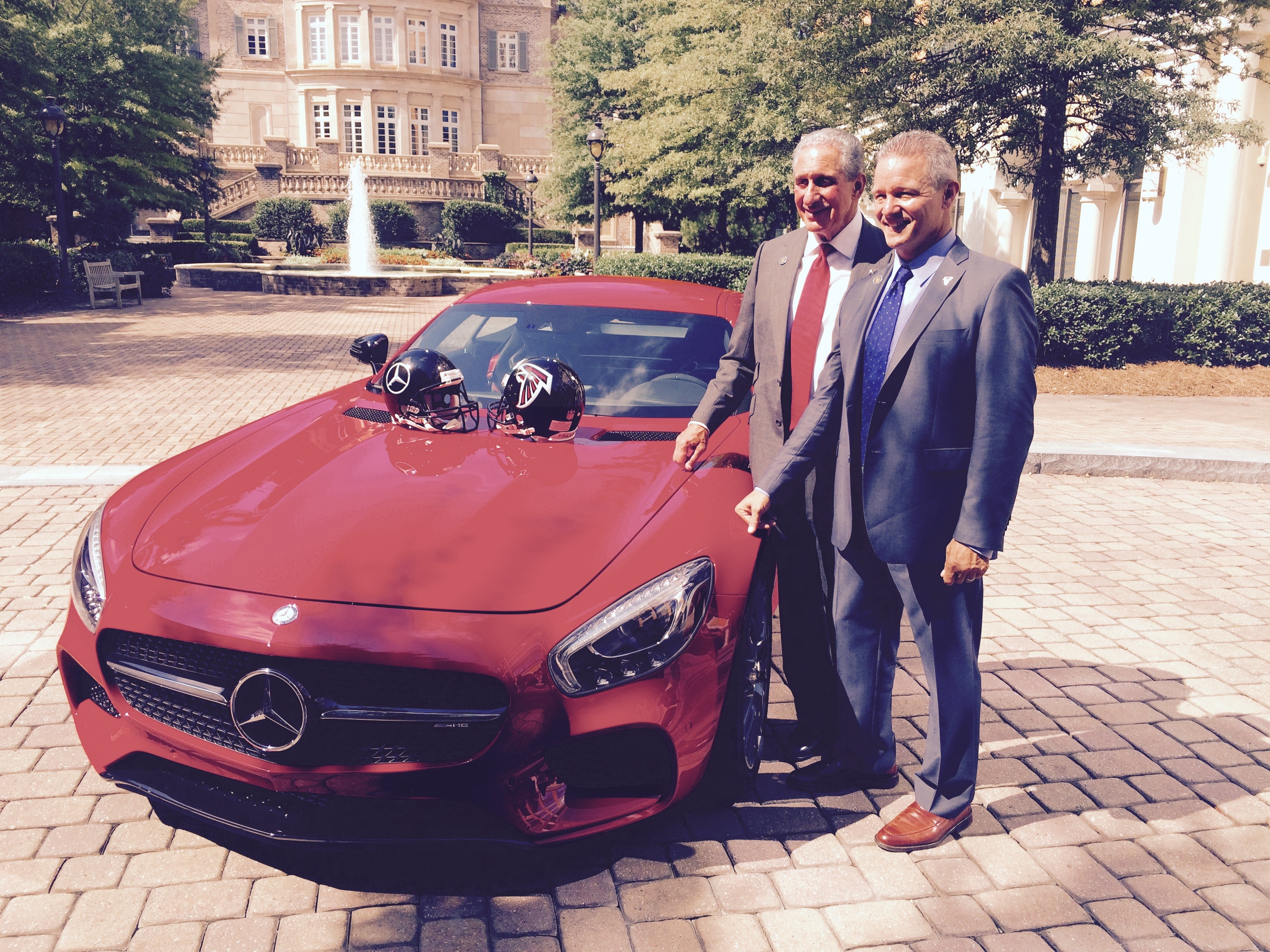 In a surprise move, Atlanta Falcons owner Arthur Blank announced Monday that Stephen Cannon, currently president and CEO of Mercedes-Benz USA, has been named the next CEO of AMB Group LLC beginning on Feb 1.

Cannon will assume all day-to-day responsibilities of AMB Group, which represents all of Blank’s for-profit entities. Blank will continue in his role as chairman and owner – working with Cannon on overall strategy for the Blank family of businesses. 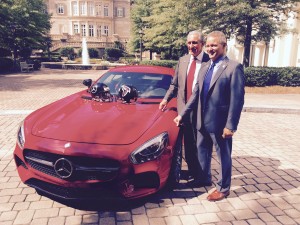 Blank and Cannon first got to know one another when Mercedes-Benz USA was considering relocating its corporate headquarters to Atlanta, which it eventually did.

Then the two became well acquainted with each other during the naming rights negotiations for the new Falcons stadium, which is now known as the Mercedes-Benz stadium.

Cannon will also assume strategic and operational leadership of AMB Group’s shared services teams with the functional leaders of human resources; information technology; legal and business affairs; and communications that each serve the portfolio of businesses reporting to him as well.

“Steve is a dynamic leader with a value system and ethic that aligns very well with mine, which is important to ensuring our culture and values continue to thrive in a fast-paced, growing environment,” Blank said in a statement.

“He is a proven, results-driven executive who understands how to build and deliver a premium customer experience,” Blank continued. “That, along with his high-energy approach and experience will translate very well to all of our businesses. I couldn’t be more thrilled to have a leader of Steve’s stature take on this very important role moving forward.”

Blank, 73, noted the hiring of Cannon fulfills his desire to step back from day-to-day operations of his businesses.

“While I will always be heavily involved in our business strategies, I now feel that the best role I can play in our businesses is one of founder, chairman and most senior cheerleader,” Blank said.  “I have a strong desire to spend more quality time with my family, as well as to concentrate more of my time on our philanthropic endeavors, and Steve’s hiring will allow me to do those things.”

Cannon, who is in his mid 50s, has served as president and chief executive officer of Mercedes-Benz USA (MBUSA) since 2012 and is currently responsible for leading operations that have generated record sales with annual revenues exceeding $20 billion. During his tenure MBUSA achieved its first-ever No. 1 ranking on the American Customer Satisfaction Index and has also been lauded as one of the best places to work by Fortune Magazine five years in a row.

Cannon is also credited with overseeing MBUSA’s successful headquarters relocation from New Jersey to the metro Atlanta area, as well as crafting a sports sponsorship strategy that closely aligned the premium brand with properties reflective of its category leadership and brand position. 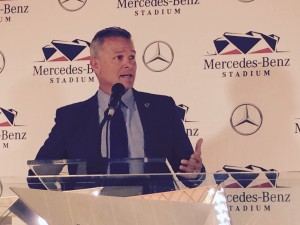 “This is a truly special opportunity for me to move from an iconic brand that I love to a role working with an iconic leader and the diversified Blank Family of Businesses,” Cannon said in the release issued by AMB Group.

“I made an immediate connection with Arthur because we have very similar value systems and a shared vison for what the customer experience can and should be,” Cannon continued. “I look forward to working closely with the leaders within AMB Group and across the individual businesses to drive growth and deliver even greater value to the fans, customers, partners and communities that we serve.”

Cannon graduated with honors from the United States Military Academy at West Point (B.S., Economics) before serving for five years in the U.S. Army as an artillery officer, mostly in Germany. After concluding his service in 1991, Cannon began his civilian career as an executive assistant to the president and CEO of Mercedes-Benz North America.

In succeeding years he took on increasing marketing and business development roles within Mercedes-Benz before departing the company in 2000 for positions with consultancies largely serving the auto industry. Cannon was a principal at the Richards Group beginning in 2002, managing the agency’s largest and most profitable account until rejoining MBUSA in 2007 as chief marketing officer, a position he held until becoming CEO in 2012.

Cannon and his wife, Ann, reside in Atlanta and they are the parents of nine children.