Two closely watched reports paint a piercing picture of housing affordability in metro Atlanta – home prices are up 9.6% in the past 12 months, and the proportion of residents who own their home is falling at a rate that leads the nation. 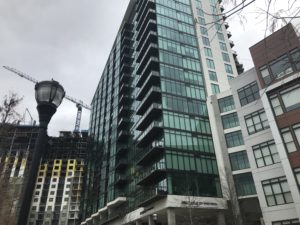 Housing prices in metro Atlanta rose by 9.6% in the past 12 months, according to a study released Tuesday. The price hike spilled over to rental units, including this project near Lenox Square. Credit: David Pendered (2019)

Nationwide, a report released Tuesday shows housing prices increased at their greatest rate in 15 years. Those looking to buy a home shouldn’t expect prices to fall in the foreseeable future, at least for new or renovated units.

Costs of labor and materials continue to rise, according to a series of Beige Book reports by the Federal Reserve. The price of framing lumber is more than twice the price in June 2020, according to March 22 report by the National Association of Home Builders.

Affordable housing isn’t likely to emerge from this handful of economic indicators. Although Atlanta has enacted an affordability code on new for-sale units in a westside neighborhood, the construction cost of the new dwellings seems likely to drive prices of the “affordable units” beyond the reach of those with budgets the size of schoolteachers.

Home prices in metro Atlanta rose 9.6% in the one-year period that ended at the close of January, according to the S&P CoreLogic Case-Shiller National Home Price Index. Nationwide, the gain was 11.2 percent, according to the index released Tuesday. 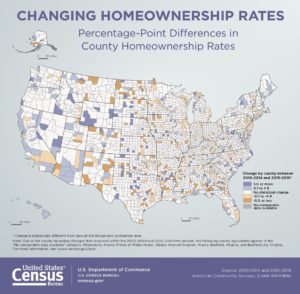 The trend of rising prices began in June 2020 and hasn’t abated, according to Craig Lazzara, managing director and global head of Index Investment Strategy at S&P DJI. He observed in a statement:

Meantime, the core counties in metro Atlanta experienced significant declines in the rate of homeownership, according to a report the Census released March 25. Cobb County is the only county that did not show a decline in homeowners. Declines were posted in Clayton, DeKalb, Fulton and Gwinnett, according to a collection of Census maps that record rates from 2005 to 2019.

These declines in metro Atlanta helped drive Georgia to the top of the list among states that recorded declines, according to a Census report. Georgia trailed only Arizona and Nevada in the largest proportion of homeownership declines.

Georgia’s hit its highest rate of homeownership in 2007, which was the starting point of the Great Recession. Lenders at the time wooed buyers with loans that required no or low downpayments, and terms that required little documentation.

The Census analysts conclude their report with the reminder that the trends of the recent past may be overturned by the coronavirus pandemic: