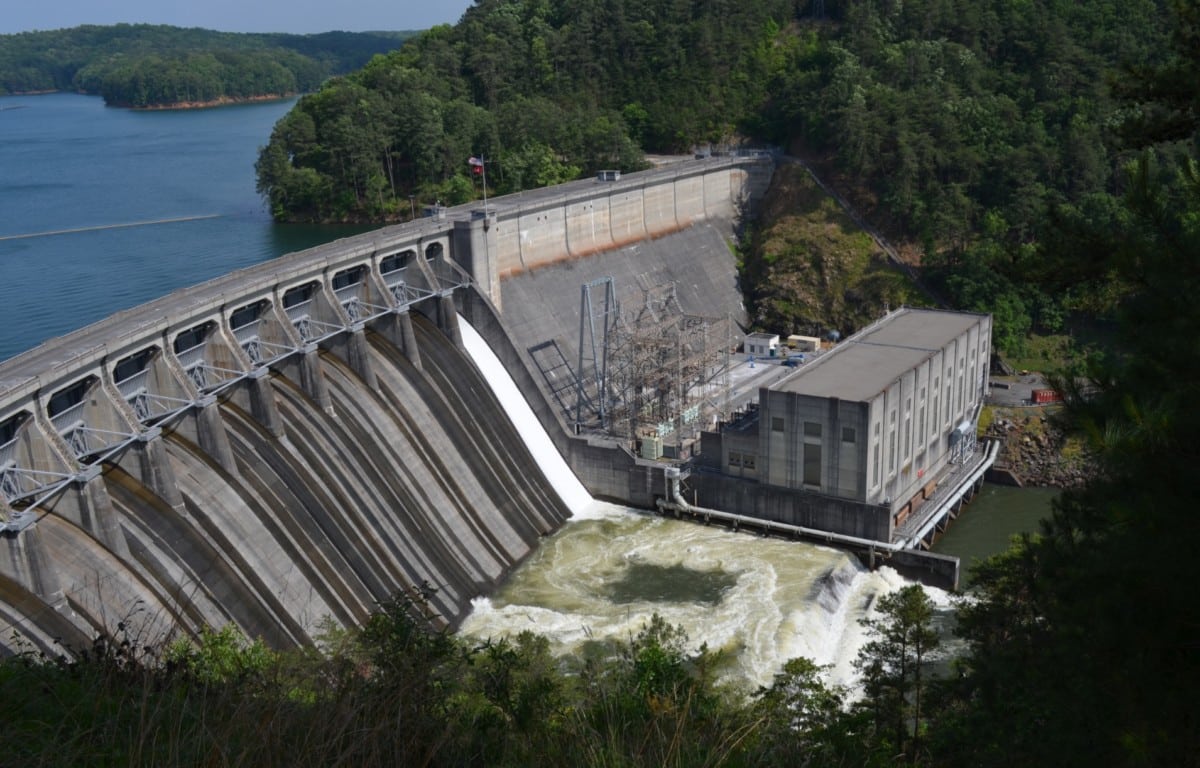 As the drought of 2016 extends into 2017, metro Atlanta remains under the same set of water restrictions that have been in place since November. Potential relief stems from forecasts of higher than average summer rainfall in north and central Georgia, as predicted by Accuweather forecasters. 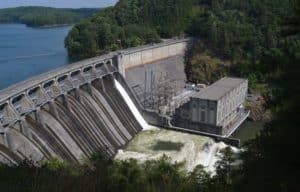 Water conservation efforts have yielded positive results, according to reports from the Metropolitan North Georgia Water Planning District. For instance, per-capita water use has dropped by more than a third since 2001. Still, as the drought persists, the region remains under mandatory water restrictions imposed by the Georgia Environmental Protection Division.

Drought seems to be such a foreign concept to some in the region. Water restrictions are seen as an inconvenience, such as having to go to a commercial carwash rather than washing a vehicle at home. Or figuring out when it’s legal to water a lawn.

It seems impossible that the verdant metro area could end up anything like the Dust Bowl of the 1930s that prompted some 3.5 million Americans to leave the Great Plains in search of work – and water, as recounted by historian Donald Worster in Dust Bowl: The Southern Plains in the 1930s.

Florida once had similar thoughts about its water supply. That is, until state officials determined that the decimated seafood industry in Apalachicola Bay resulted from a lack of water flowing into Florida from Georgia. Florida sued Georgia in the U.S. Supreme Court to win access to more water from the Chattahoochee River basin. 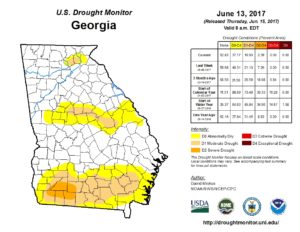 Drought conditions in Georgia persist in the south and central portions of the state. Conditions in north Georgia have improved, but not enough for the Georgia Environmental Protection Division to lift water restrictions. Credit: droughtmonitor.unl.edu

The court-appointed special master ruled the actual cause isn’t Georgia withholding water. Rather, the special master ruled that the lower river flow into Florida is a consequence of water management practices in the basin as conducted by the U.S. Army Corps of Engineers. Justices are expected to rule in the session that begins Oct. 2.

Metro Atlanta’s drought conditions seem hard to believe. The region has had more rain this year, through May, than the 30-year average – 23.08 inches compared to 20.71. These figures are reported by weather.gov. These downpours haven’t offset the wild fluctuations in rainfall in metro Atlanta recorded in recent years:

Lake Lanier isn’t bone dry, as it was in 2007 when then Gov. Sonny Perdue led a prayer vigil for rain at the state Capitol.

But Lake Lanier’s level is far from ideal at the start of summer. Furthermore, the lake level can drop 6 feet over the course of a summer in order to meet demand for hydropower to run A/C units and water to irrigate manicured landscapes, according to a statement issued in May by Georgia’s EPD. An EPD spokesman said last week the statement remains in effect.

The lake’s level is well below full pool and lower than the past two years at this moment in time. June 17 is date of comparisons provided by lanier.uslakes.info.

On the bright side, Accuweather predicts a wetter than average summer for north and central Georgia. South Georgia won’t see such rainfall, unless tropical downpours of the type now brewing in the Gulf of Mexico cross the Florida Panhandle and drop rain in south Georgia, according to Bob Smerbeck, a senior meteorologist at Accuweather.

Smerbeck is based in State College, Penna. He recalled last summer’s horrendous fires that burned across some 40,000 acres in north Georgia, as well as this year’s lingering fire that has burnt more than 70 square miles in the Okefenokee National Wildlife Refuge. 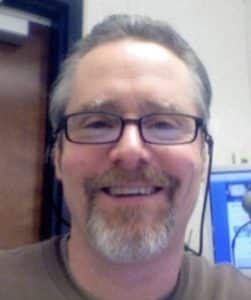 Smerbeck said his forecast calls for north and central Georgia to have more rainfall than normal through August. The broad weather patterns indicate the atmosphere is set to produce steady rains through the summer. This will occur as unstable troughs aloft are penetrated by warm moist air. When the two combine, the moisture falls as rain.

“With upper troughs of cool air aloft, when warm air rises into the trough – and we have humidity – we get thunderstorms popping up,” Smerbeck said. “Over time, the precipitation starts to pile up and there will be above normal precipitation for much of the Deep South for July, and August as well.”

Unfortunately, he said, south Georgia is not covered by these conditions and drier conditions are likely to persist.