Atlanta’s “Mr. Region” has passed away.

Harry West, who probably did more than any other person in metro Atlanta to create a regional mindset, passed away Monday morning at Emory University Hospital from a serious lung infection. West, 72, had had a lung transplant last fall.

West was executive director of the Atlanta Regional Commission from 1973 to 2000 – a position that he used as a launching pad to create a host of regional programs to promote closer ties among leaders and citizens in the Greater Atlanta area. 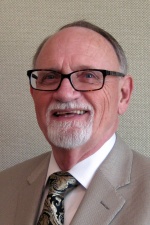 “While working closely with Harry for 15 years as communications director for ARC, I was inspired by his ability to do what was best for the Atlanta region – even if it was the most difficult and politically treacherous approach,” Julie Ralston wrote in a letter of recommendation for West in 2007. “Where solutions seemed impossible and answers ambiguous, Harry would always determine a clear and viable approach and move forward with courage and conviction.”

Ralston wrote that letter of recommendation when West was applying to become a Georgia Tech professor at the Center for Quality Growth and Development. The letter was addressed to Dr. Catherine Ross, who held (and still holds) the Harry West chair at the Center. It didn’t matter; West still had to apply for the position.

During the 27 years that West led the Atlanta Regional Commission, which incorporates a 10-county geographic area, metro Atlanta enjoyed unprecedented growth – even earning the dubious distinction as the “poster child of sprawl” and as the fastest-growing human-settlement in the history of the world.

When West announced his decision to step down as ARC’s director in 1999, he took a more philosophical point-of-view. 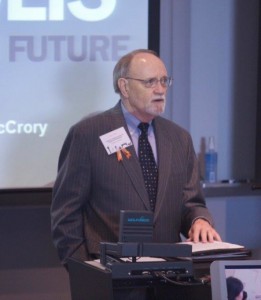 Metro Atlanta’s problems were directly attributable to having enjoyed a healthy and growing metropolis and economy.

When West, who was born in the north Georgia town of Calhoun, moved to Atlanta in 1962, the metro area’s population had just reached 1 million.

“It took 140 years to get to 1 million,” West told me in an interview for the Atlanta Journal-Constitution in 1999. “Then it took 24 years to add another million; and 12 years after that we added another million. Now we have 3.5 million people.”

West said the ARC’s board adopted a transportation plan in 1975 that anticipated 3.5 million people by the year 2000. The plan included most of the area’s current roads and highways. But it also included an extensive rail and bus transit for the area’s five biggest counties.

To West’s regret, “as a community, we chose not to build that transit system. We chose to stay in our cars and have a different development pattern.”

In an emailed comment, Hooker went on to say: “Harry West’s legacy to the Atlanta Regional Commission and to the Atlanta region has been immeasurable. He developed programs and created a sense of regional connectedness, which still reverberate positively today. More importantly, he had a vision, a dedication, and a high set of standards, which will continue to propel metro Atlanta far into the future.”

Many of West’s contributions continue to flourish long after his tenure at ARC. 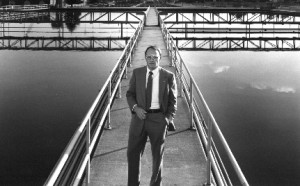 He conceived and launched the Regional Leadership Institute in 1991, which has graduated about 1,500 leaders from the weeklong immersion program on key regional issues.

He launched the annual LINK trips ­– (Leadership, Involvement, Knowledge and Networking) where about 100 regional leaders visit another city every year to learn how over regions are dealing with similar urban challenges. Both of these programs have given metro Atlanta leaders an opportunity to forge stronger relationshps with each other.

West also spearheaded, in cooperation with the YMCA of Georgia, the first regional youth leadership program. The Model Atlanta Regional Commission (MARC) draws youth from high schools (grades 10-11) from all 10 metro counties to participate in a seven-month program patterned after the Atlanta Regional Commission board. Outstanding students learn about and debate regional issues – culminating in a “mock” ARC Board meeting where resolutions about key issues are passed and then presented to the “official” ARC board. 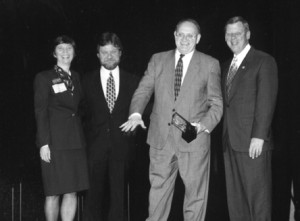 In the mid-1980s, during West’s tenure at ARC, the agency also began conducting review of development proposals of a certain size to determine the potential impacts to the region’s water supply, transportation capcity, air quality and tax base. The “Developments of Regional Impact” review was then instituted statewide in the Georgia Planning Act of 1989.

In 1991, West also led the largest collaborative visioning and planning effort ever conducted in the United States as of that time known as VISION 2020. It sought to provide a new style for community decision-making in the Atlanta region with a shared future vision that included the participation of citizens.

Before joining ARC, West was the county manager of Fulton County – the youngest county manager in Georgia history. West was a graduate of the University of Georgia, where he also received his Masters in Public Administration. After leaving ARC, he worked with a couple of different engineering firms before joining Georgia Tech’s faculty.

The service will be at the same location on Thursday at 11 a.m.

West leaves behind his widow, Jane West, as well as a son and a daughter and two grandchildren.

Previous Article
Fort McPherson area rich in human rights history, poor in redevelopment
Next Article
Commuter rail from Atlanta to Lovejoy is: ‘The Little Engine That Could’