Morehouse College, the alma mater of Dr. Martin Luther King Jr., has never been the kind of seeding ground for championing the civil rights of gays as it was for African Americans and other minorities. To some critics, it has been the opposite. Throughout the 1990s, the Princeton Review ranked the institution as one of the nation’s top homophobic campuses. 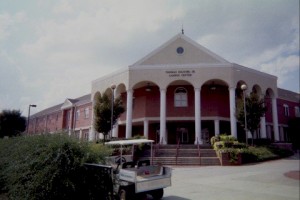 Last week’s student-initiated forum at the Thomas Kilgore Jr. Campus Center offered a chance to see how attitudes are becoming more tolerant. A packed crowd of 120, mostly young black men, listened to a panel of students—including football players and an LGBT campus representative—and professors discuss the highly publicized decision by star college football player Michael Sam to declare his homosexuality prior to the NFL draft. Sam, a University of Missouri defensive end, is the first to do so.

The panelists compared Sam’s entry into the NFL to Jackie Robinson’s 1947 debut as the first black player in major league baseball. They questioned whether Sam might become a target of physical or verbal abuse. They discussed how much of a problem having a gay football player might be for Sam’s teammates in the locker room. They all seemed to agree that having an openly gay athlete in the NFL, in college and elsewhere was progress.

“I hope his productivity as an athlete will surpass and people will see this guy can play,” said Don Cox, a sophomore political science major from Decatur who plays wide receiver for the Maroon Tigers. “Who cares what his sexual orientation is?” 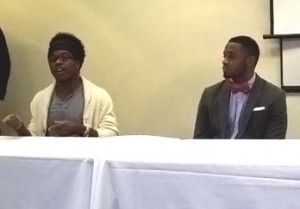 Bummah Ndeh, who represents an LGBT organization on campus makes a point, as Don Cox, who plays for the Morehouse Maroon Tigers football team looks on.

“In general, being black and gay, we don’t have many images that reflect ourselves in the media,” said panelist Bummah Ndeh, a sophomore business administration major who represented Safe Space, a campus group for lesbian, gay, bisexual and transgendered students. While it could be inspiring to see a white gay person in the NFL, I think for a black gay person this has much greater impact.”

The forum was sponsored by the campus chapter of Alpha Phi Alpha fraternity and the Morehouse Student Athlete Community.

Amal Yamusah, former editor of Morehouse’s Maroon Tigers student newspaper and associate editor of APA’s Sphinx Magazine, said “it was a discourse that needed to happen.” 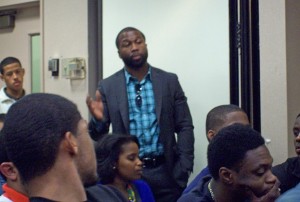 “For about two weeks, students have been talking about (Sam) non-stop,” said Yamusah, who organized the panel discussion. “I hope it was successful. I think it was honest and candid.”

Cox, Josh Harris, Ndeh  and Yamusah were all in grade school when a Morehouse student nearly beat to death a fellow student he thought was gay.

In 2002, Aaron Price beat Gregory Love with an aluminum baseball bat after allegedly misinterpreting that Love had made a sexual advance by looking into a dormitory shower Price was using. Morehouse administrators were later criticized for being too slow to respond to the incident. Price was convicted of aggravated assault and served nearly five years in prison.

There had been previous signs that the campus was not welcoming to gays. In 1995, an emerging campus support group for gay students called Adodi had attracted the support  of some members of the Morehouse faculty and administration. The student Senate, though, voted unanimously to deny Adodi’s charter.

The newspaper reported that prior to the vote anti-gay students rallied outside chanting “Hell, no! Gays gotta go,” and “Fight the Faggots.”

“Morehouse is a Southern, Black, Baptist, all-male school, and this club goes against our very Baptist tradition; our very morality,” said a representative of the college’s political science club at the time, according to the campus newspaper. 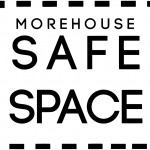 In 2008, six years after Love’s beatdown, the Los Angeles Times published a feature story on the college. The story, which included anecdotes about sexual orientation-based mistreatment and harassment on campus, raised the question: The Morehouse man is a paragon of virtue and strength, a leader destined for great things. But can he also be gay?”

Ndeh and other students said the answer is increasingly becoming yes. For one thing, the population of LGBT students on campus, at least those willing to be open about their sexuality, appears to be growing. Secondly, the administration appears to have grown more tolerant, some said.

For example, Yamusah said the Price-Love incident was included as a discussion topic in his 2010 freshman orientation. Yamusah also said the administration appears to have relaxed its enforcement of a controversial 2009 ban on male students wearing women’s clothing, a measure included with other new restrictions aimed at tightening the dress code.

“It’s definitely becoming a place where it’s more comfortable to be out,” Ndeh said after the panel discussion, which also included Morehouse sociology professor Michael Hodge and Ron Thomas, who directs the college’s sports journalism program.

Ndeh also credited larger forces for the changing attitudes. One of them is President Obama, whose support for gay marriage appears to have significantly shifted attitudes among African Americans, historically one of the least enthusiastic groups for gay rights, on the issue of homosexuality.

At the May 2013 Morehouse commencement, Obama appeared to go off script when he cited as examples of how to be a man: “Be the best husband to your wife … or your boyfriend, or your partner.”

Obama’s remark generated laughter and applause. The panel discussion produced a few moments of snickering too, but never any disrespect nor open hostility toward Sam or other non-heterosexuals. 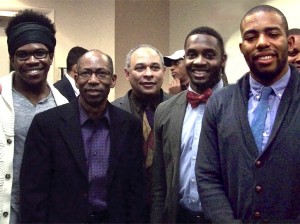 Khamarr Smith, a junior majoring in political science who plays tight end for the Maroon Tigers, told the panelists he didn’t think Sam would be a target of physical violence for coming out.  Smith said he comes from Hartford, Conn., which has a gay mayor who has never suffered any “backlash” from his sexual orientation.

But Smith said the defensive end will likely be a victim of a trash talk on the field. It’s not hate speech, but a sign of the competitive brotherhood of football.

“We on the field, in any game, whether it’s basketball, baseball or anything, we talk trash. That’s just what we do,” Smith said. “It’s nothing personal. If they’re not homosexual and we know their mother’s name or their sister’s name, we’ll be talking to them about it throughout the game.”

“I think (Sam) will have to deal with that his entire career,” Smith said.