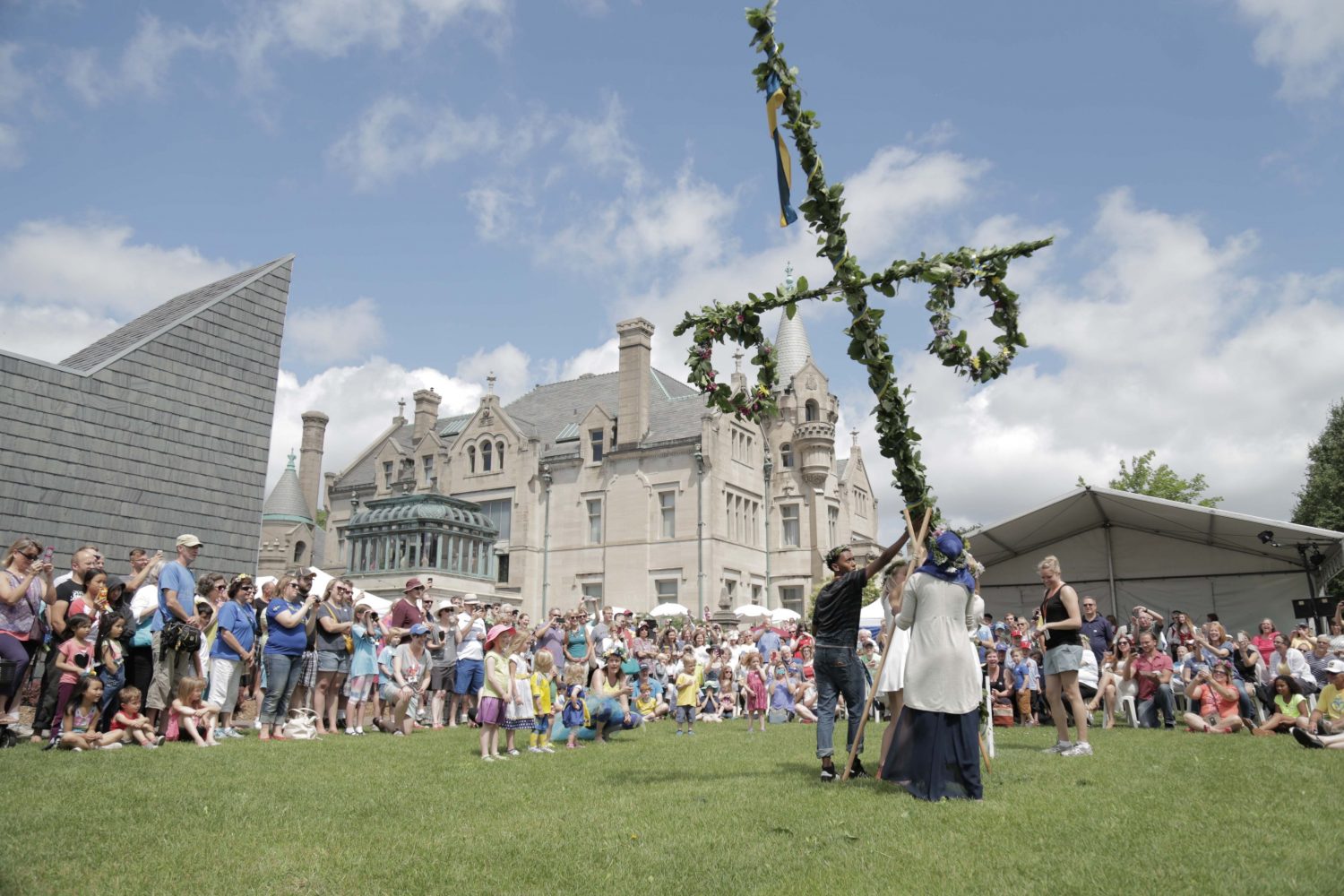 If nothing else, “Midsommar” may make you re-think that Scandinavian vacation you’ve been considering.

As anyone who saw last year’s shocking “Hereditary” knows, filmmaker Ari Aster doesn’t fool around. “Midsommar” is a horror movie and a half. 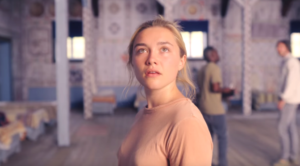 A scene from “Midsommar”

Much like the animated classic “Up,” the picture tells us an emotion-filled story even before the opening credits. Dani (a splendid Florence Pugh) is undergoing a family crisis. She can’t reach her bi-polar sister who keeps sending half-finished texts like “I can’t anymore…”

What follows is more horrifying than we (or Dani) could possibly expect, thus derailing her boyfriend Christian’s (Jack Reynor) long-planned exit from their relationship. To his credit – kinda – he dutifully hangs in, despite his grad-school gang’s sighs and eye-rolls. They’ve been sick of her for months; apparently, it didn’t take a family tragedy to make her the over-needy type.

When visiting exchange student Pelle invites the guys to Sweden for a family summer festival, everyone’s hoping Christian won’t bring Dani, but, of course, he does, more out of guilt than affection.

Still, the trip begins promisingly. The group is greeted by magic mushrooms and scrumptious Swedish blondes dressed like they’ve been invited to a Von Trapp family picnic. Granted, a lot goes unexplained – like the bear crammed into a tiny cage, the occasional bloody tapestry hinting at ancient weird ways, and meat pies for dinner that…well, Sweeney Todd comes to mind.

But everyone seems so smiley and good-natured and there’s that relentless midsummer sunshine. What could go wrong? 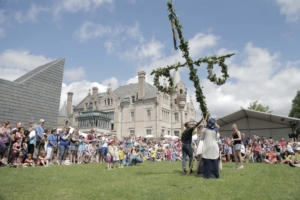 A scene from “Midsommar”

As it turns out, plenty. By the time Aster is through with you, you’ll wish this was just some bit of crazy-cult nastiness like “The Wicker Man” (the original, not the Nicholas Cage remake), which the film knowingly invokes.

“Midsommar” is a deeply unsettling and, ultimately, truly terrifying piece. The pace is intentionally slow, which only helps the horror build. Plus, Aster isn’t without a wicked sense of humor. Something nutty is always going on in the background  – as if we’ve somehow wandered into a performance by an experimental theatre group from the ‘60s.

One problem with “Hereditary” was the rushed way it threw all its chilling craziness at us. “Midsommar” allows the director to set up a structure of sorts – a web of inexplicable yet unnerving traditions and rituals with a Grand Guignol pay-off.

Ghastly things happen in “Midsommar” – things that may be hard to shake. Don’t say you weren’t warned.

Previous Article
Conventioneers overlooked in Downtown mobility plan; entire concept to be reviewed
Next Article
Change is a fact of life