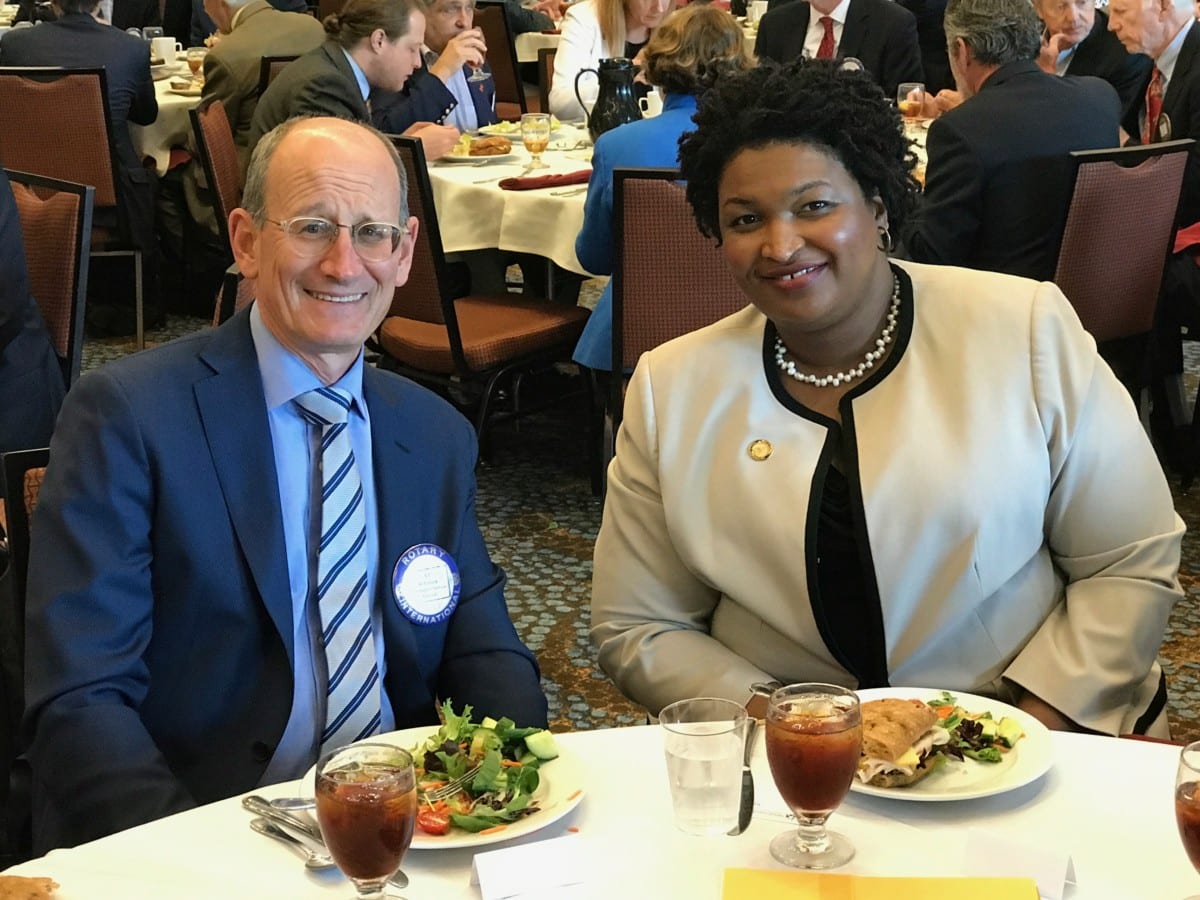 House Minority Leader Stacey Abrams, in a talk before the Rotary Club of Atlanta Monday, previewed political themes she will use in a possible run for governor.

Earlier this month, Abrams filed the necessary paperwork to launch an exploratory effort to run for governor in 2018.

Abrams immediately disarmed the crowd when she said being House Minority leader is Latin for someone who can “lose really well.” 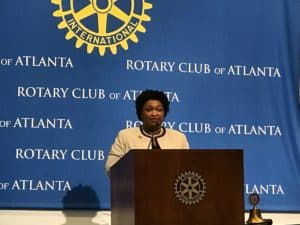 And then she launched into a strong defense for the role government can play in improving the lives of citizens – using her personal history as a case in point.

Abrams was born and raised in Mississippi as one of six children.

Because of dyslexia, “my father wasn’t functionally literate until his 30s,” Abrams said, adding: “We had class and watched PBS.”

Abrams received her bachelors from Spelman College in 1995, she graduated from the LBJ School of Public Affairs at the University of Texas at Austin and later she received her law degree from Yale Law School.

“I owe the federal government a lot of money for all the education I received,” said Abrams, who quickly added that “government creates opportunity.”

Much of her talk focused on the way she has approached her tenure as a state representative since first being elected in 2006. She became House Minority Leader in 2011 – the first woman to lead either party in the Georgia General Assembly and the first African-American to lead the Georgia House.

“I wanted to help us do good work at an awful time,” Abrams said. “I approach my job differently. My first job as Minority Leader is to cooperate.”

She then credited two state legislators for serving as role models – House Leader David Ralston – who helped her understand the nuance between policy and politics; and the late state conservative legislator Bobby Franklin from Cobb County.

“We rarely agreed, but Bobby taught me to understand the other side before you castigate it,” said Abrams, who strongly believes that if you want to make Georgia better, “it means working with the other side.” 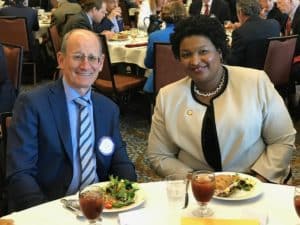 She worked with Gov. Nathan Deal to help “save the HOPE scholarship” while her colleague in the Georgia Senate declined. That experience gave Abrams the opportunity to build a closer relationship with Gov. Deal. That relationship helped the state make its first major investment to fund transit in the state ($100 million in bonds), and together they have worked on “kinship care” – aimed at helping grandparents through the legal issues related to when they have to raise their grandchildren.

One of her initiatives as a party leader has been to hold two town hall meetings in every legislative district. “We have to make sure we are constantly pushing an engaged democracy,” she said. “People need to know we care.”

In her eyes, Georgia is an extraordinary state that is becoming more demographically diverse. Today, 52 percent of the population is white, 32 percent is African American, 9.5 percent is Hispanic and 4.5 percent is Asian (the remaining two percent is other).

During the question-and-answer period, Abrams was asked about the biggest threat to the state.

When asked whether there would be a way to end the partisan nature of redistricting legislative seats, Abrams said such change would need to come from the people because each party has been guilty of playing politics with district lines.

“I believe in fair redistricting,” Abrams said. “But until the people make it a campaign issue, we will not be able to change.”