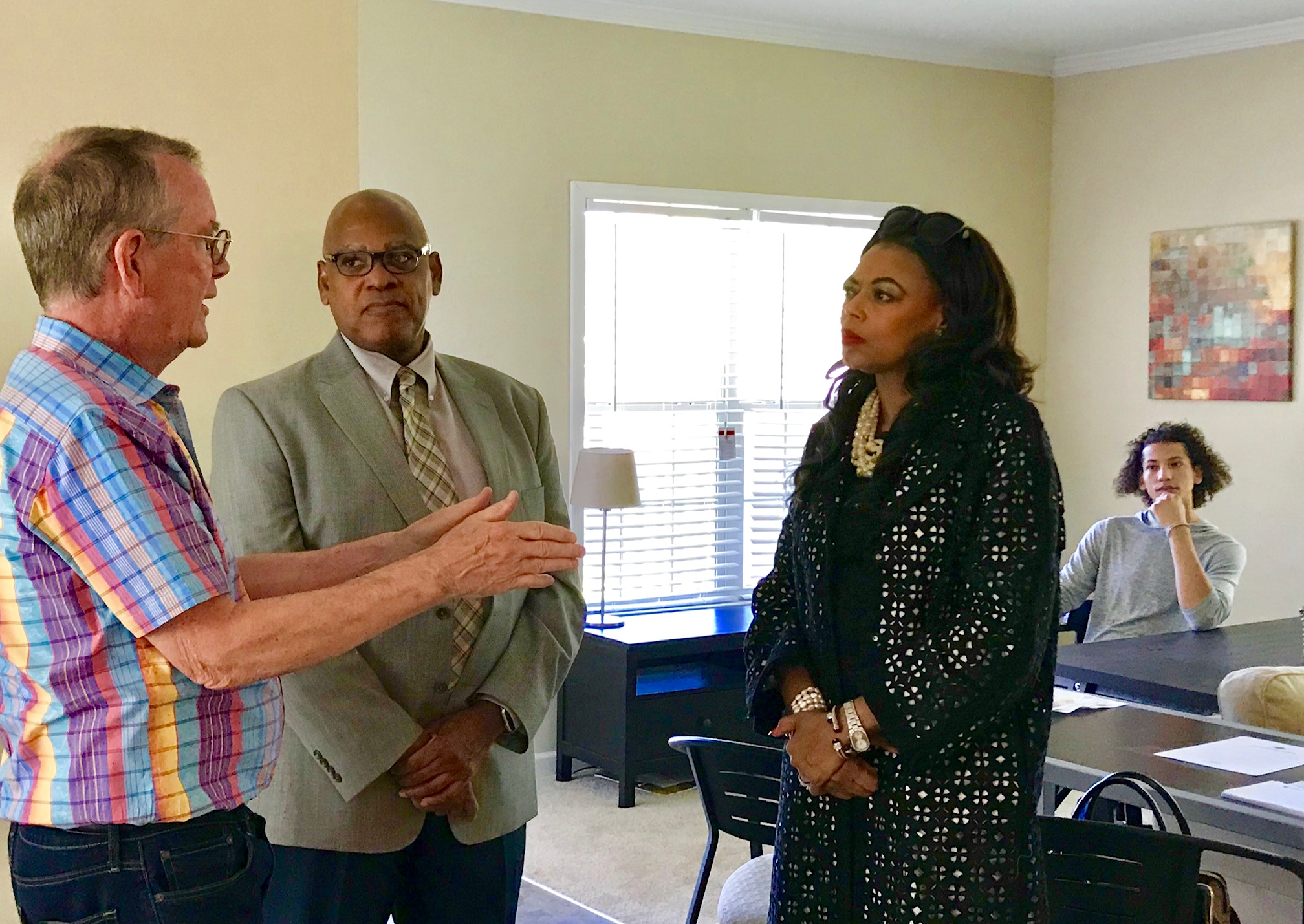 Make no mistake. This is not your grandfather’s mobile home. The modular homes being proposed and developed by Phillips match the quality and amenities of new home construction – except they can be built much more quickly and cost significantly less money.

Phillips, CEO of Place Properties, and his partners at Invest Atlanta, have already built a prototype modular home in English Avenue at 621 Brawley St. – a three-bedroom, two bathroom residence. 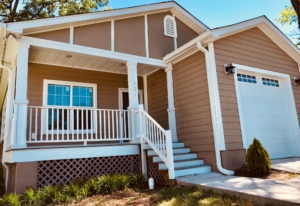 A video shows how it only took four hours to place the modular home on the site. It took four days to build the home in the factory and two weeks to prepare the site for the new home.

“In 90 days, we could do 30 houses,” said Phillips, whose enthusiasm for modular construction is contagious.

Phillips gave a tour of the English Avenue home to Denise Cleveland-Leggett, the regional administrator for the U.S. Department of Housing and Urban Development; and her deputy, Michael Browder Sr.

“This is phenomenal,” Cleveland-Leggett said as she entered the home. “We need to see a lot more of these with all the abandoned property we have and all the land that’s owned by the Atlanta Housing Authority.”

Phillips said the goal is to “preserve permanent affordability.” That can be done in at least two ways.

A public entity – such as the Atlanta Housing Authority or the Atlanta Land Trust nonprofit – can own the land and enter into a long term ground lease with the buyer of the house. The stipulation would be that the owner could not sell the house above 80 percent of the Area Median Income (AMI). 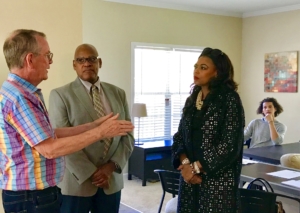 The house on Brawley Street shows the upward pressure of the housing market. Phillips said they already have received four offers of the house for $275,000 – but that is higher than the what’s considered to be affordable.

“It’s a dilemma,” Phillips explained. “We have not accepted any of the offers because our goal is affordability. What we want to do is make sure we institutionalize permanent affordability.”

Housing affordability is a major issue in Atlanta. A large coalition of organizations – HouseATL – has been working to implement a series of recommendations to support a campaign promise of Atlanta Mayor Keisha Lance Bottoms to generate $1 billion for up to 20,000 affordable housing units in Atlanta.

Phillips, who was the long time board chairman of the Atlanta Housing Authority, is doing all he can to help.

Four other modular homes are slated to be developed in Westside neighborhoods in the coming months – showing a diversity of housing types – such as duplexes and studio cottages.

Phillips also is developing 300 units next to the Martin Luther King Jr. MARTA Station with 100 of those being affordable. And he’s working with Pope and Land to create a mid-rise multifamily at 143 Alabama St. downtown. 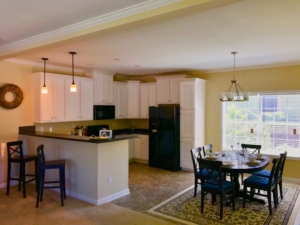 In addition, Phillips has a vision to develop a 20-acre site in Atlanta to build a modular home factory with 550 residences so people employed at the factory could walk to work. Forty percent of those residences would be set aside for affordable housing.

“We will be the country’s first fully integrated, one-stop shop for modular construction,” Phillips said.

Cleveland-Leggett could hardly contain her excitement.

“When I see this home, it’s a no brainer,” she said. “We need the housing. We have got the solution. Whoever is holding up the land, we need to move on it. Let’s see how we can make this happen.”

Specifically, she said it will come down to leadership.

So what makes modular construction so appealing?

Traditional construction costs are increasing largely because of scarcity of skilled labor. A new home usually costs between $175 to $200 a square foot, and those costs continue to increase.

Phillips said the cost of the modular housing units he is developing cost about $122 a square foot. 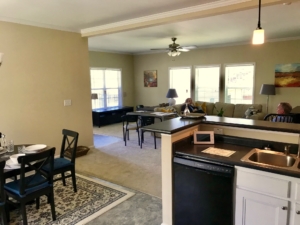 “We do not flinch on quality,” Phillips said. He worked with mobile home manufacturers, architects and engineers for two-and-a-half years to design high-quality modular homes that would be appropriate.

He is not alone. There are several developers beginning to use modular construction – from a luxury home in Connecticut with 8,500 square feet to a 32-story apartment building in Brooklyn, N.Y.

Traditional construction is sequential – a site is found and prepared; materials are brought to the site, then workers set to build the house. Modular construction occurs simultaneously. A site is prepared while the home is being put together in the factory before being moved to the site for a nearly instantaneous development.

“We have zero lag time,” Phillips said. “The time advantage is something traditional construction can never match. And it is a much better product that’s assembled in the factory rather than on site.”

“The affordable housing crisis is not going away,” Phillips said. “Modular construction is low hanging fruit.”

“I’m so excited,” she said at the end of her tour of the Brawley Street home. “I have wanted to have something move during my tenure here as administrator. We just need to get moving  to make this happen.” 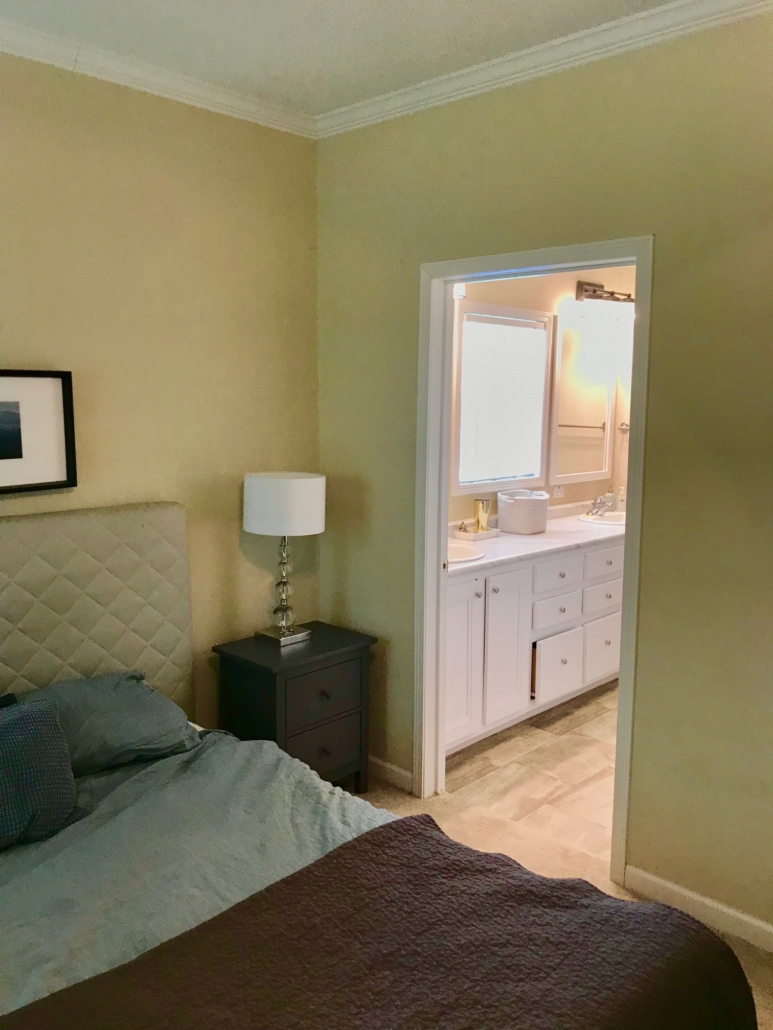 A view of the master bedroom and master bath of the home at 621 Brawley St. (Photo by Kelly Jordan) 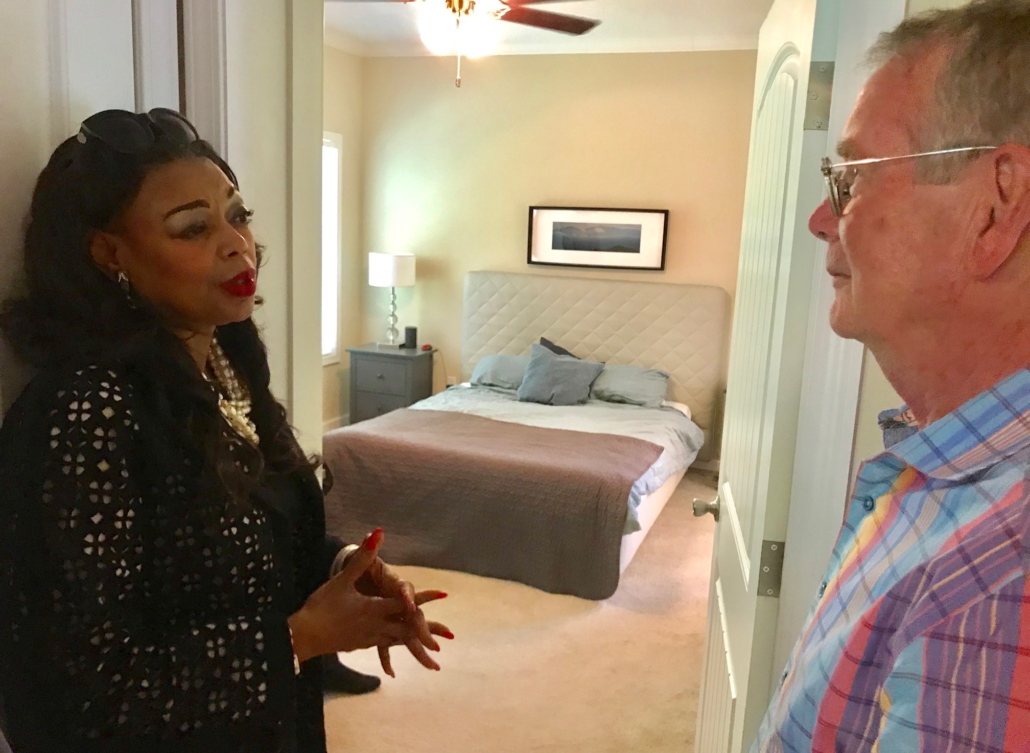 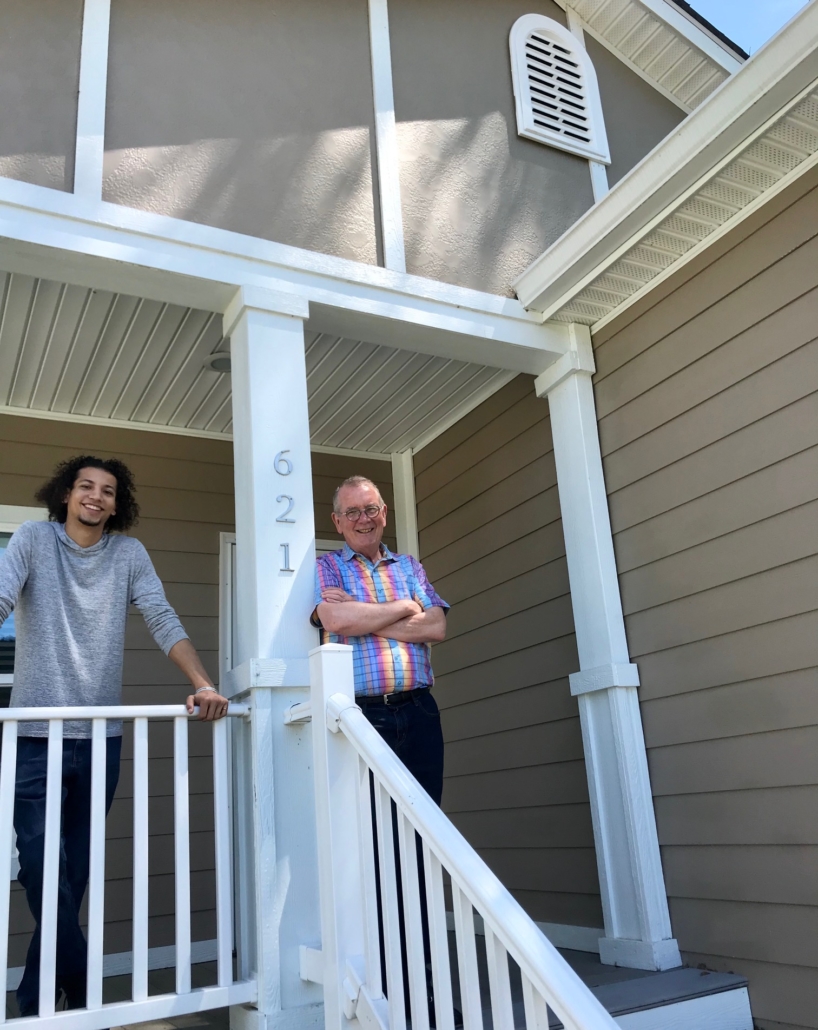 Previous Article
Predicted boom of data centers could impact energy demand, job market
Next Article
If Georgia’s budget were $1, health care and education would get quarters. Most other things would get pennies.