An Atlanta non-profit that helps individuals who are a wisp short of finding affordable housing is seeking to expand its pool of residences before the next round of residents are displaced. 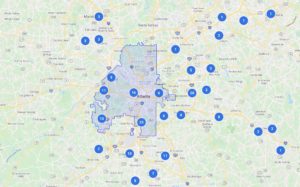 The program, Open Doors Solutions, Inc. isn’t widely known as a service provider for affordable housing. That’s because Open Doors is not a direct provider, according to Matthew Hurd, the non-profit’s executive director.

Open Doors is a match service built to connect apartment managers and social service providers who are seeking affordable housing for clients. Open Doors’ partners are these two entities, and the beneficiaries are individuals seeking help in finding an affordable apartment in a certain geographic area.

Apartments are concentrated in Atlanta, with a smattering available around the region.

Open Doors is actively seeking landlords to join the program before a wave of evictions hits the market, Hurd said in a July 10 conversation. The timing of that wave is uncertain and depends on unknowns ranging from a potential federal benefits package to the resumption of local eviction proceedings. It could begin as early as Aug. 1. 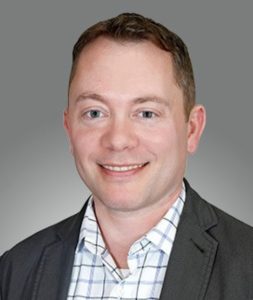 “Our No. 1 need is units,” Hurd said. “Our message is that if you partner with us, we will fill your vacancies and protect your revenue, your investment. It benefits everybody – it keeps people off the streets, it lowers transmission rates [of the coronavirus] and helps keep people safe.”

Each partner in the deal benefits, Hurd said. Landlords benefit from guarantees that rent will be paid even if the tenant runs short on cash: Open Doors has funds set aside to pay the shortfall, Hurd said. Social service providers benefit from a comprehensive list of landlords who will rent to tenants who have blemishes on their credit reports, provided they are in this program, he said. Properties can be searched on an Internet-based research tool.

Open Door’s success to date results in part from the agreement among apartment managers to unite for a common good, according to Kim Wolfe, who helps grow the program. Typically, the managers are in competition for tenants; they set that aside when it comes to meeting the goals of Open Doors, she said.

Partners on the landlord side include almost 70 management companies that oversee about 300 apartment communities. On the social services side, about 90 nonprofits participate. 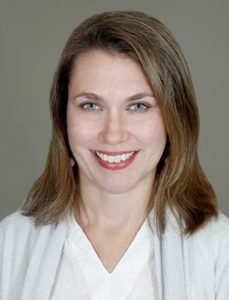 Hurd said the profile of most individuals who come through the program is that they have one or more jobs, live paycheck to paycheck and have hit a financial hardship.

The hardship sends them spiraling down toward the quagmire where they can’t qualify for an apartment lease – whether it be a poor credit rating, lack of down payment, or even the lack of ability to travel to various apartment complexes to try to sign a lease, Hurd said.

“The vast majority are everyday folks who are living paycheck to paycheck and then hit a wall,” Hurd said of the typical client/tenant. “The single parent family. The mom working 10 to 12 hours a day and trying to keep the kids in school. Veterans who served our country and face rent struggles.”

Open Doors provided an example of a family that benefited from the match service, a household headed by a woman identified only by her first name, Alicia. Here’s how the process worked for her, according to Open Doors: 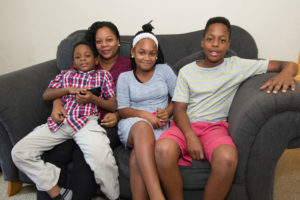 A household headed by Alicia, last name withheld, was matched by Open Doors with an apartment manager in Conyers who agreed to waive restrictions for Alicia, enabling her and her children to move into an apartment she could afford. Credit: Open Doors

“We are providing support for the last piece of the housing puzzle,” Hurd said. “Where a household that needs housing has been identified, gets financial support, is working with an agency. How do they find housing as soon as possible? That’s the mission of Open Doors – to make that last leg happen as quickly and successfully as we can. It’s absolutely the essential component that is the hardest of the housing continuum product.”

In addition to gaining access to more apartments, funding is another key objective.

Open Doors says its current capital campaign has raised nearly $3 million of a $5 million goal. The pandemic-related recession has presented challenges, and the nonprofit noted that donations do continue. The list of donors includes some high-profile names in metro Atlanta’s corporate and philanthropic communities:

Meanwhile, the date on which evictions are to resume remains unclear but seems increasingly imminent.

The $600 federal unemployment benefits checks are to end July 31, which may impact some tenants’ ability to pay rent in the future. Federal foreclosure and eviction moratoriums were extended and are now to expire Aug. 31 on properties financed through federal loan programs. In Fulton County, eviction hearings on 352 cases that had been slated to resume Monday at Fulton County’s Magistrate Court were suspended for the week, according to a July 8 statement. Atlanta extended through Aug. 31 a moratorium on evictions from properties it controls, according to a July 7 statement by Mayor Keisha Lance Bottoms.