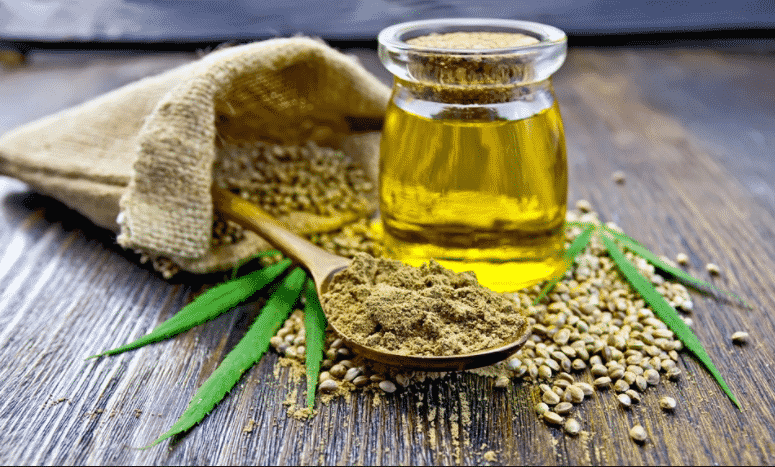 Bridgett Liquori is an outlaw, not that you’d know from looking at her. This petite 34-year-old single mother’s crime? She loves her children and is risking everything to keep them as happy, safe and healthy as possible.

If that means breaking  state and federal laws to get the medical cannabis her kids need to treat their daunting illnesses, then so be it.

“I never thought I’d be a marijuana activist,” says the self-described “Canna Mom” from Gwinnett County. “But this is about my kids so I really didn’t have much choice.” 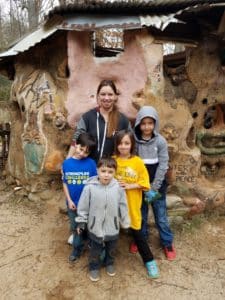 Liquori is part of grassroots movement devoted to reforming Georgia’s restrictive and nonsensical medical cannabis laws. In between taking care of her kids, Liquori spends time testifying at the state capitol, working with pro-marijuana groups such as the Georgia CARE Project and writing her own blog about the benefits of medical cannabis. She’s also keeping a nervously watchful eye on how the newly minted Trump administration will handle the marijuana industry that’s growing like a weed nationwide.

A native of upstate New York, Liquori did not come by her marijuana activism easily.

“I was scared,” she said while watching her kids play at a park in Oakhurst on an unseasonably warm Saturday morning. “I was afraid of someone coming to my house and taking my kids away because I’m doing something illegal. Even though (medical cannabis) is beneficial and helpful to them, the fear was there. A lot of days it’s still there. I worry if someone is going to kick my door in.”

That hasn’t happened, but it could. For the last nine months, Liquori has been giving two of her five children medical cannabis oil to treat cerebral palsy and a rare, severe autoimmune disease. Two years ago, Liquori’s four-year-old son, Jackson, was unable to walk and wasn’t developing normally. “He was like a little broken twig,” she recalls.

After just six days of treatment with medical cannabis, Jackson was up on his feet and taking halting steps, Liquori said. Now Jackson is running, swimming and jumping with boundless energy; he no longer relies on the prescription medicines that were expensive and ineffective. While medical marijuana can’t cure Jackson, his quality of life has improved dramatically.

For Liquori and many others, there’s no turning back. Even as rabid, anti-marijuana warrior Jeff Sessions was being confirmed as the U.S. Attorney General, Liquori was at the state capitol working to fend off a homegrown threat to her children’s health and welfare.

State senators Renee Unterman (R-Buford) and Ben Watson (R-Savannah) and are pushing SB 16 that would reduce the legal levels of THC in medical cannabis from 5 percent to 3 percent.

A quick chemistry lesson: THC is the shorthand for the chemical compound found in the cannabis plant that produces the euphoric “high” familiar to recreational users. But the type of medical cannabis that’s kinda-sorta legal in Georgia, has only 5 percent THC, which is not considered psychoactive. Trying to get buzzed from medical cannabis with 5 percent THC is the equivalent of chugging a six-pack of alcohol-free beer – it may quench your thirst but won’t get you drunk.

Other than some fact-free mumbling about possible side effects of medical cannabis with 5 percent THC, the bill’s sponsors don’t have a medical or scientific leg to stand on. Since Unterman is a nurse and Watson is a physician, you’d think they’d know that such medical decisions are best left up to doctors and patients – not craven politicians or private interest groups.

About 1,300 Georgians are on the state registry for medical cannabis, but Liquori’s children are not.

For now, Liquori depends on the underground market for medical cannabis oil because her kids don’t have one of the eight diagnoses that would qualify for treatment under Georgia’s existing law that was passed in 2015. Regardless of whether they’re registered to receive  medical cannabis, however, these patients and parents like Liquori are still considered outlaws. That’s because Georgia  prohibits medical cannabis to be cultivated or sold in-state and shipping it from elsewhere is a violation of federal law.

As a result, Liquori said “secret societies” have sprung up to provide patients with medical cannabis. However these clandestine transactions are part of a risky, unregulated world where buyers must always beware because there’s no guarantee of what they’re getting.

That could all change with separate measures moving through the General Assembly, including HB 65 that would expand the list of qualifying medical conditions and diagnoses eligible to be treated with medical cannabis to include AIDS or HIV, Alzheimer’s disease, autism, intractable pain, post-traumatic stress disorder or Tourette’s syndrome. (In a cynical ploy to win support from parents with autistic children, the Unterman/Watson bill to lower THC content in medical cannabis exclusively adds autism to the list of covered conditions.)

Another bill, HR 36, introduced by Rep. Allen Peake (R-Macon) and Rep. Micah Gravley (R-Douglasville), calls for a statewide referendum in 2018 to let Georgia voters decide whether medical marijuana can be grown and sold in-state. Such a vote is much needed and long overdue.

For moral and financial reasons, Liquori believes that fully legalizing medical cannabis in Georgia and nationally is a no-brainer.

“My children are disabled and get Social Security so the cost of medical care for them is completely on the back of the taxpayer right now,” Liquori explained. “My eight-year-old daughter Lillyauhna went through 52 weeks of treatment and therapy and had eight prescriptions that she was on. I don’t know exactly how much that all cost, but it was a lot. But if you go my way, it’s only $84 a month for a bottle of cannabis oil. There are so many benefits and the government should be helping us to get this medicine and get it safely.”

Liquori realizes the stakes are high and doesn’t want to go to jail or lose custody of her children. But she’s not backing down and refuses to be silent. “I almost feel I’d be doing something wrong by not speaking out,” she said.

She’s right. And people, like Liquori, who are resisting  this modern-day  version of “reefer madness” in small but profound ways are in good company.

On Liquori’s Facebook page is a famous quote from Thomas Jefferson. The founding father’s words bear repeating and remembering:

“If a law is unjust, a man is not only right to disobey it, he is obligated to do so.”