Mr. Burns in Alabama: a story for our times 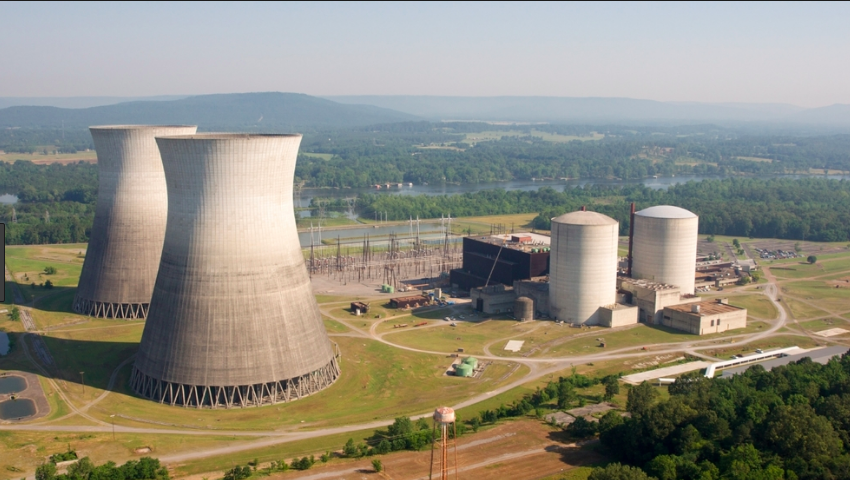 Amid all the other big news swirling around President Donald Trump’s former attorney, Michael Cohen, the revelation that a Chattanooga developer offered him $10 million to secure government loans for his late-life project didn’t attract much national attention. But it’s a story for our times.

Just a few miles across the Georgia state line in Hollywood, Ala., there stands a majestic testament to the shifting fortunes of the electric utility industry: the twin cooling towers of the nearly completed but never opened Bellefonte Nuclear Power Plant.

The Tennessee Valley Authority began construction on the Bellefonte plant way back in 1974. In 1988, when at least $4 billion had been spent on the project (some estimates go much higher), TVA suspended construction, saying it intended to finish the project when demand for electricity increased. As late as 2005, there were plans not only to finish work on the two reactors at Bellefonte, but to add two more.

That day when demand was going to catch up with supply never arrived. This is an important energy story which often goes unremarked. Even with Xbox addiction and Jumbotron-size televisions helping it along, the demand for electrical power has leveled off as ever more energy efficient appliances and devices come online and solar panels gain a toe-hold. 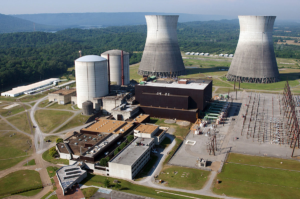 TVA finally threw in the towel two years ago and put Bellefonte up for auction, knowing it would have at least one interested bidder: Franklin Haney, who had been talking about acquiring the plant and financing its completion since 2001. Haney, one of two bidders to show up for the auction, bought Bellefonte for $111 million, which is a lot of money to you and me, but a fire sale price for a nearly-finished nuclear plant. Provided, that is, that you can raise the money to complete it and find someone to buy the power it generates.

To some, the idea of owning your own nuclear plant, like Mr. Burns in “The Simpsons,” might seem grandiose. But Haney thinks big. He got a taste of politics working for the late U.S. Sen. Herbert Walters, and as a young man made unsuccessful bids for Congress and governor of Tennessee.

Along the way, Haney figured out that you could make a lot more money leasing to governments than running them. He became a master at using tax-exempt government bonds to build or buy office buildings, like the one at 101 Marietta in downtown Atlanta, which he then leased back to a wide variety of local, state and federal agencies as office space. He’s had his ups and downs and a few indictments (not guilty on all counts), but he built much of the modern Chattanooga skyline and is a self-described billionaire. His retirement home is a 52-room mansion in Manalapan, Fla.

The road to Haney’s success has been paved with politicos, whom he frequently hires, and political money. He’s a lifelong Democrat and has given millions to that party’s candidates, but in pursuit of a deal, party hasn’t mattered. He was the major funder of the dark money group which, among other things, paid the salary of former Alabama Gov. Robert Bentley’s girlfriend, and he contributed $1 million to Trump’s inaugural committee.

So it was news, but not surprising, when the Wall Street Journal reported last week that Haney met with Cohen on his yacht in Florida last April and offered him $10 million to get the Department of Energy to approve $5 billion in federal loan guarantees to finish the Bellefonte project.

By the way, Haney has already locked in $2.68 billion in production tax credits which he will receive if he completes the project.

TVA has estimated it would take another $8 billion to open the plant. Some of the equipment that was in place in the 1980s has been cannibalized for use in other plants or sold for scrap, and some will have to be updated. Despite widespread doubts that Bellefonte will ever produce power, however, Haney is plowing ahead. He has hired a Montreal firm, SNC Lavelin, which says it can get one of the reactors up and running within six years, at a cost of a mere $3 billion. Last week, he said he had a buyer for the output from one of the reactors, but didn’t say who it was.

Here’s the kicker, for Georgians especially. Even if you take the highest estimate for what TVA has already plowed into Bellefonte, and the highest estimate for finishing it, and you throw in the $111 million and even the $10 million for Cohen that didn’t work out, it still would be cheaper to open than Plant Vogtle, now up in the area of $25 billion and also unfinished.

Bellefonte had its share of cost overruns back in the day, but TVA squandered its money more patiently than Georgia Power has at Vogtle, and in a time when concrete was cheaper. That in fact seems to be the nutshell argument which Haney and his team are making to the skeptics who want to know why the government should be underwriting his project: “We could not possibly spend more than they have in Georgia, so why not give it a shot?”

Maybe buying your own nuclear plant isn’t such a crazy idea after all. The way he’s working it, Haney will be rolling in federal money while Bellemont slouches toward completion. Meanwhile, as the work on Vogtle continues, somebody else is rolling in our money.