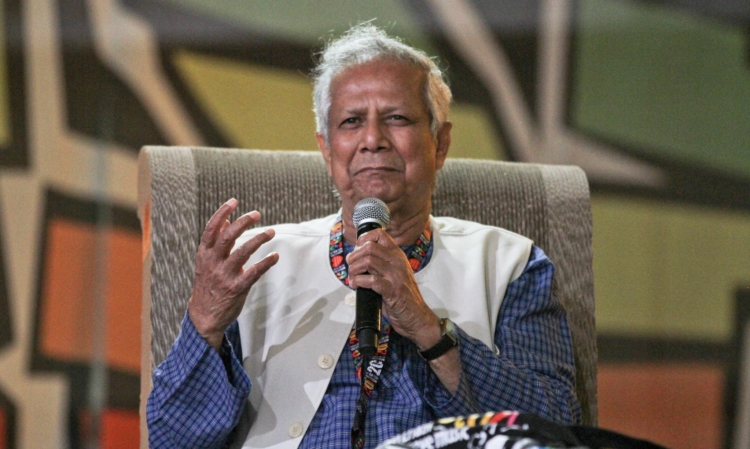 Muhammed Yunus spoke in 2014 in Przystanek Woodstock, where the Yunus Social Business Chair was established in 2013 at Korczak University. Credit: Ralf Lotys (Sicherlich), CC BY 4.0, https://commons.wikimedia.org/w/index.php?curid=35478764

Nobel Peace Prize winner Muhammed Yunus once seemed ever-present in Atlanta, until he lost his bid to bring a summit of Nobel laureates to Atlanta in 2015. On Monday, Yunus’ theories on the use of microloans to lift women and the poor out of poverty were debunked – at least partially – by the 2019 Nobel Prize for Economics. 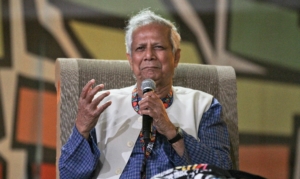 Muhammed Yunus spoke in 2014 in Przystanek Woodstock, where the Yunus Social Business Chair was established in 2013 at Korczak University. Credit: Ralf Lotys (Sicherlich), CC BY 4.0, https://commons.wikimedia.org/w/index.php?curid=35478764

If Yunus has an opinion on Monday’s award, he’s not expressed it on his website. Yunus was an economics professor in Bangladesh when he was awarded the 2006 Nobel Peace Prize.

Yunus’ site does relate that he’s been busy in New York, in a leadership position Sept. 26 at the UN General Assembly’s 74th “High-level Side Event on ‘Social Businesses, Youth and Technology.’” And he’s promoting his latest book.

Yunus had intended to bring to Atlanta the 2015 World Summit of Nobel Peace Prize Laureates. Barcelona, Spain hosted the event after the Atlanta sponsors fell apart in disarray.

The Georgia-based Yunus Creative Lab, which was to host the event, was administratively dissolved in February 2018. Yunus said in 2015 that more than $3 million had been raised for the event, according to a story in saportareport.com. If the organization filed any federal tax returns as a non-profit, they are not available from a site that tracks philanthropies, guidestar.org

The dissolution papers filed with the Georgia Secretary of State report that all YCL assets have been distributed, and offer no more details.

The 2019 Nobel Prize in Economics was awarded Monday to three university professors based in the United States. The award cites the winners’: “experimental approach to alleviating global poverty. … As a result, we now have a large number of concrete results on specific mechanisms behind poverty and specific interventions to alleviate it.”

MIT Professor Esther Duflo, 46, is the youngest economics laureate in history and the second woman to win the economics prize. Duflo shared the award with Abhijit Banerjee, also of Massachusetts Institute of Technology, and Harvard University’s Michael Kremer. 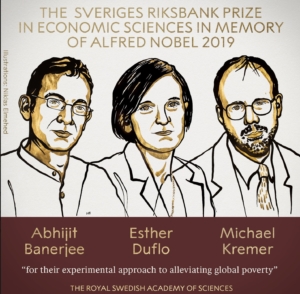 Three professors in the United States, at MIT and Harvard University, shared in the 2019 Nobel Prize for Economics. Credit: twitter.com@nobelprize

Monday’s background statement that supports the 2019 award cited Yunus by name for establishing a theory of microloans, or microfinance. The theory won Yunus and his Grameen Bank the 2006 Nobel Peace Prize. The bank since its founding in 1983 had provided microloans.

The idea was that tiny loans would enable individuals to start and grow businesses that would enable them to climb out of poverty.

The 2019 award observed that such loans are not effective:

Monday’s statement observed that field research conducted by this year’s winners established that microloans, though now widespread across the globe, are not silver bullets:

The statement goes on to observe that microfinance may replace informal loans, but does not increase overall borrowing to start or expand enterprises, or move the dial for groups including women and children:

The loans do seem to help businesses that are already profitable: