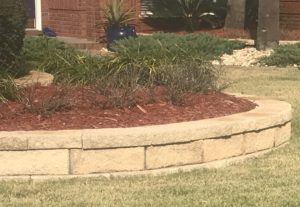 On the same dates, OSHA cited the company for exposing workers to amputation and electrical hazards while using a machine that hot seals plastic bags of product.

The company has until March 10 to abate the situations.

Smith Garden Products was a locally owned company until Garick, LLC. purchased it in 2004, according to the company’s report. Garick was founded in Ohio by two partners and the company now is part of Hendricks Holding, Inc., according to a page on its website. Garick is one of three subsidiaries in Hendricks’ portfolio of “recycling and sustainability” businesses.

This is the second citation issued since December to a metro Atlanta garden supply company. In December, OSHA cited Kittrich Corp., operating as Avenger Products LLC, for conditions that exposed to conditions that threatened amputations, fire and electrical hazards. The company says its lawn care products are, “organic and natural soluitions….”

Michael Hejazi, OSHA’s acting director in the Atlanta-East area office, said in a statement of the citation to Smith Garden Products:

Two significant penalties involve situations where employees were at risk of injury when servicing equipment. Each violation carried a penalty of $13,359. The situations resulted from a lack of clear procedures for securing equipment before service was started, in order to prevent injury:

Compressed air was the source of another citation for Smith Garden Products.

Workers were put at risk by a pressure hose they used to clean equipment and to spray material off their clothing. The pressure exceeded 55 p.s.i. OSHA requires pressure be reduced to less than 30 p.s.i. if it’s to be used for cleaning purposes. The danger is that bits of material may be blasted at speed and hurt a workers.