‘Murder on the Orient Express’ –  a 2017 remake with more glitter, less fizz than original 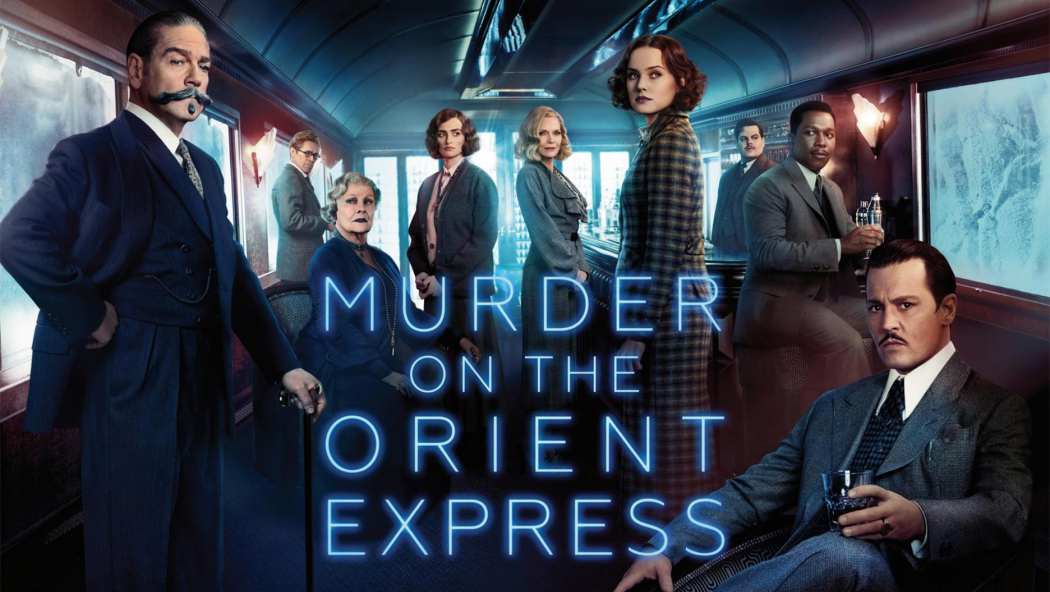 A much better question.

In 1974, Sidney Lumet directed a star-studded cast in a movie version of Agatha Christie’s delicious murder-mystery, “Murder on the Orient Express.”

This was when stars were still stars, not reality show stalwarts or a cog in the Mighty Marvel Machine. 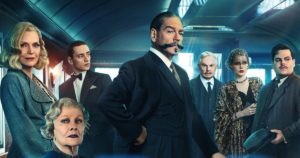 Murder on the Orient Express – 2017 version

Kenneth Branagh — no stranger to long careers and Oscars himself — directs and stars in this glittery remake. Unfortunately, the silver place settings in the dining car and brass fixtures in the first-class sleeping compartments are that glitter. The cast — and Branagh’s surprisingly serious take — doesn’t have half the shine.

Branagh plays Hercule Poirot, Christie’s famously fussy and infallible Belgian detective. It’s the ‘30s and exotic places are still exotic. Introduced in Jerusalem, Poirot quickly establishes his persnickety bonafides by sending an adorable little boy back and forth to the market until he can provide two perfect eggs for monsieur’s breakfast.

Poirot has barely wiped his moustache — and what a moustache it is — before he’s asked to solve a mystery. A rabbi, a priest and an imam walk into…no, they’re lined up against the Wailing Wall, all suspects in the theft of a religious relic.

In a style that can only be called the Robert Downey Jr. Sherlock Holmes Method (i.e., quick-cut flashbacks that inject action into what is actually a brain puzzler), Poirot finds the real thief.

Then, having earned himself a little R&R, he heads for Istanbul and boards the Orient Express for points west.

He joins a dozen or so strangers on the train (or are they?) Among them: a distasteful thug/antique dealer (Johnny Depp); his assistant (Josh Gad) and valet (Derek Jacobi); a slightly off-her-rocker missionary (Penelope Cruz); a Russian countess in decline (Judi Dench); a stand-up doctor (“Hamilton’s” Leslie Odom, Jr.); a demure governess (Daisy Ridley); and Michelle Pfeiffer as a glamorous cougar on the prowl (the role is beyond insulting, yet Pfeiffer is the only one who seems to understand how much star-power it takes to put something like this over.)

A couple of things interrupt the journey. There’s a magnificent avalanche that strands the train on a perilous trestle (in 1974, the train merely gets stuck in the snow). 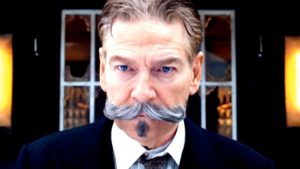 Kenneth Branagh plays Hercule Poirot, the detective in the story

Oh, and someone gets murdered.

It’s not that the cast is a bunch of nobodies. (Who’s going to call Johnny Depp a nobody?) Or even that they aren’t very memorable. It’s that Branagh and screenwriter Michael Green (“Blade Runner 2049) have drained all the fun out of Christie’s mischief.

Branagh takes everything too seriously. Poirot now has a long-lost love whose framed photo he sorrowfully addresses when stressed out. And he has a strict code of honor: “There is right. There is wrong. There is no in-between.”

Perhaps that explains why, when Poirot gives his Big Reveal, the suspects are lined up like the disciples at The Last Supper.

Finally, the film is just plain confusing. The ’74 version took pains to explain (more than once) who was who and what was what. By the end of this  “Murder,” about the only thing you are absolutely certain about is that one of the passengers has been murdered.

Oh, and that Branagh’s moustache is a hair adornment for the ages.

Addendum: not to get too snobby, because many of the actors here have done — and continue to do — excellent work. But we are talking star-shine, so please consider: Perkins and Gielgud vs. Gad and Jacobi.  Ya’ know? 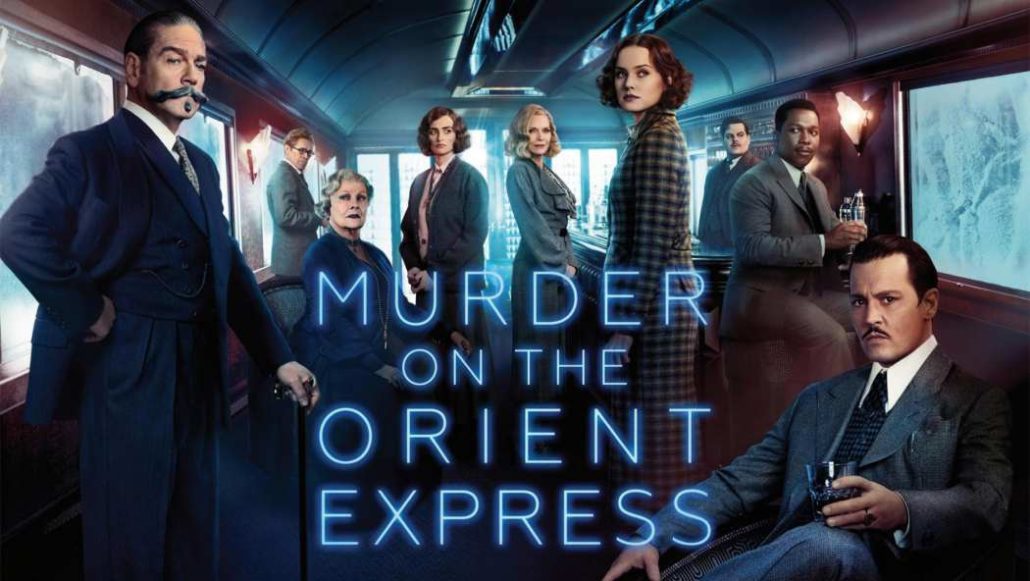 Murder on the Orient Express poster