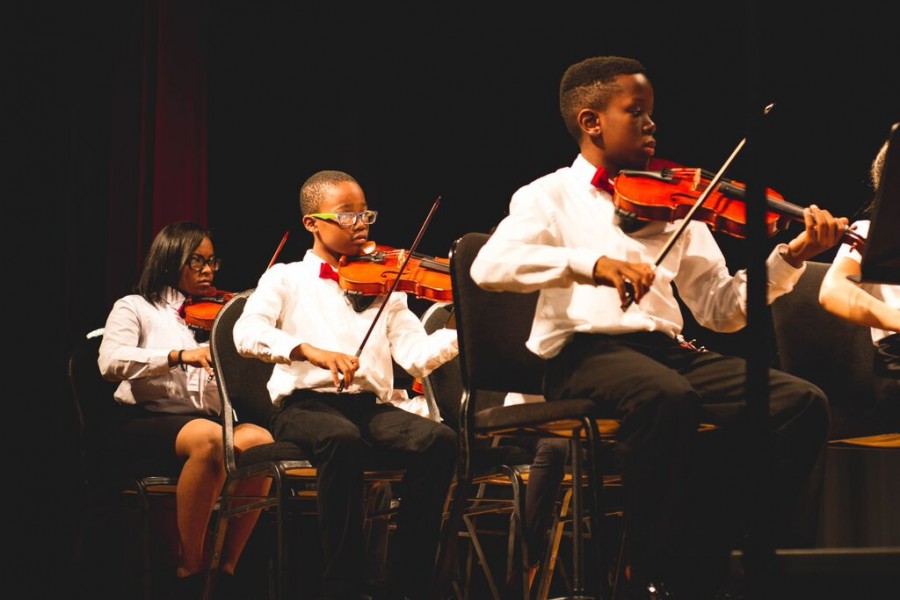 First Violins of the Atlanta Music Project Gilbert House-South Bend Orchestra perform at the Woodruff Arts Center in May of 2015. (Photo by Anthony Alston Jr.)

The reduction, reconfiguration or in some instances, the complete elimination, of music classes in public schools across the country has been common place now for years. Generally attributed to budget cuts, it has happened in Philadelphia, Chicago and Detroit among many other places. 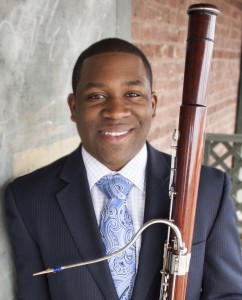 Here in Atlanta, the Atlanta Public Schools recently decided to give their elementary schools the option to cut band and orchestra programs, potentially further reducing the amount of students who have the option to receive band and orchestra instruction. Unfortunately elementary school is the perfect age to engage kids in instrumental music education because that is when they have the most time and are more open to trying new things.

In fact, research tells us that high ­intensity involvement in the arts especially helps low­income children. This is relevant for Atlanta Public Schools where 76 percent of children qualify for free and reduced price meals. 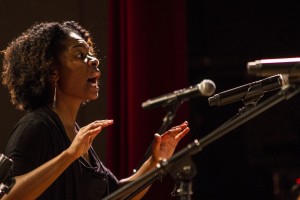 Futhermore, according to a 2015 survey by the National Association of Colleges and Employers, the top five skills  that employers want in 2015 college graduates include the ability to solve problems.

As all professional musicians and music educators will confirm, the moment a child begins to sutdy a music instrument and play in an ensemble, they immediately begin honing those valuable real-world skills.

We know this because as co-founders of the Atlanta Music Project, we have seen our students’ musical development open doors for them that will be life-changing. 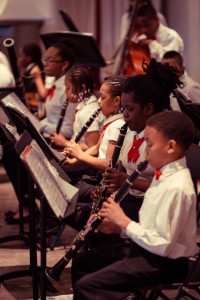 The Atlanta Music Project was founded five years ago to provide intensive, tuition­free, music education to underserved youth right in their neighborhood. Our program builds after­school youth orchestras and choirs in communities where intensive music instruction is not typically available. By this fall, we will be serving 200 students at four different sites.

Thanks to their own hard work and determination, our students have been able to experience several amazing accomplishments. Among them: performances at the Woodruff Arts Center and the Atlanta Film Festival, joint concerts with the Morehouse College Glee Club and the Metropolitan Youth Symphony Orchestras of Atlanta, and filming a commercial for broadcast on ESPN during the Chick-­fil­-A Kickoff Game.

Most music teachers can rattle off the similar exploits of their own students. These musical opportunities are crucial, not only because they allow children to shine, but also because they inspire the community to action.

For example, taking notice of our students’ dedication and many accomplishments, an anonymous donor recently took the action of approaching us to establish the Atlanta Music Project Endowed Scholarships at Clayton State University. 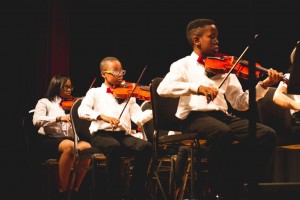 First Violins of the Atlanta Music Project Gilbert House-South Bend Orchestra perform at the Woodruff Arts Center in May of 2015. (Photo by Anthony Alston Jr.)

Through this fund, any Atlanta Music Project student will be able to attend Clayton State as a music major or minor with all their expenses covered.

While the Atlanta Music Project serves a couple hundred students, we will never be able to reach as many children as the Atlanta Public Schools can through taxpayer-­funded public education.

Our experience in the field of music education in this city tells us that the Atlanta community wants to help children develop into great citizens. And it helps when the community sees children doing great things to improve their own lives.

Let us remember that when we eliminate or reduce instrumental music education we minimize the chances for kids to show their best selves and inspire those around them to action.