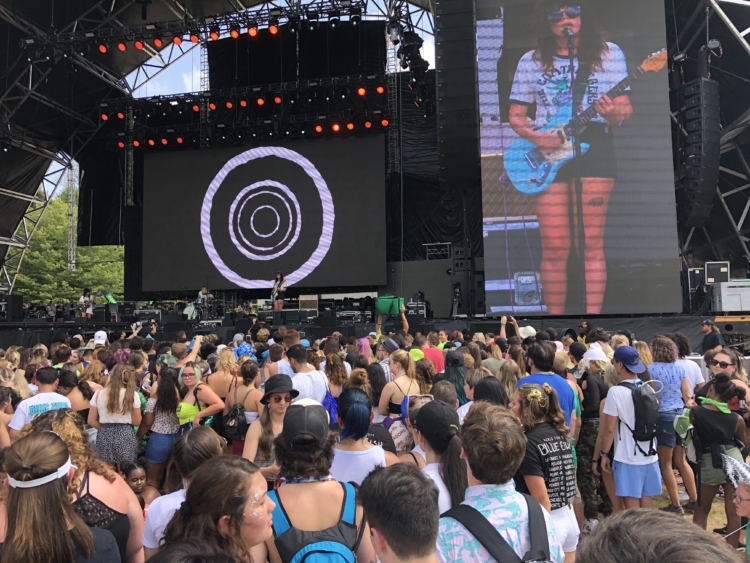 By KEVIN GREINER, president and CEO of Gas South

If you’re a mature (i.e., middle-aged) music fan like I am, and you happened to show up at Music Midtown last month, you probably asked yourself: What happened to all my people?

Answer: Your friends’ kids came instead. 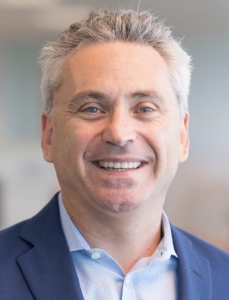 Founded in 1996, Music Midtown is Atlanta’s largest music festival and is arguably the most successful and longest-running (if you consider the five-year hiatus from 2006-2010 merely a pause). Over its history, it has been held in numerous locations and has featured diverse line-ups designed to appeal to a broad swath of Atlanta music fans. Early on, it belonged to Generation Xers like me. It now belongs to Gen Z (typically defined as young adults and adolescents born after 1995).

Each generation has had music festivals to call its own. The Boomers had Woodstock and Monterrey, and they still like to lay some claim to Jazz Fest in New Orleans. In the ‘90s, Gen X had the short-lived Lilith Fair (the best female artist festival ever!) and Lollapalooza, when it was a traveling musical circus that featured acts like Pearl Jam, Soundgarden, Red Hot Chili Peppers, and Nine Inch Nails. The millennials launched Coachella (b. 2001) and Bonnaroo (b. 2002), where they continue to rule the roost today.

And now, Gen Z has Music Midtown – perhaps the first major festival that it can truly call its own. Gen X owned it in its early years and then shared the fields with millennials starting in the 2000s. Gen Z began showing up over the past decade, but it was not until 2019 that they took over. There were moments over the weekend when my friends and I looked out at the masses and noticed that we were the oldest people in sight and it wasn’t even close. 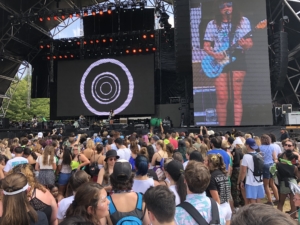 Music Midtown has long been a rite of passage for well-off teenagers whose parents will buy them a $200-plus ticket for a weekend’s worth of mostly unsupervised entertainment. Parents worry that all sorts of trouble lurks beneath the Piedmont Park canopy. But in my experience, these Gen Zers were remarkably exuberant yet tame festival goers. As a group, they’re better behaved and more trustworthy than we were at their age. Underage drinking, vaping, and smoking didn’t seem like much of a thing at Music Midtown. Gen Z is in control now and they’re ruling responsibly.

A big reason for the rapid generational shift at Music Midtown is the music. Peter Conlon and the Live Nation team have made no secret of their desire to bring in more youthful acts. And many of these – like Lizzo and Panic at the Disco — put on some amazing sets this year. The artists’ themes of tolerance and non-judgment played extremely well to this uninhibited generation … and were inspirational and refreshing for this middle-aged guy too.

That’s not to say that I’m happy with all the changes. Over the last two years, Music Midtown has pretty done away with the classic rock acts. For this, I thank them that we no longer need to sit through tired reunion acts like Van Halen. But I’m also bummed that the still relevant Elton John is no longer on the music menu.

The stylistic changes go beyond the age of the performers. One of the recent trends in live music is the proliferation of rap and pop acts who rely upon recorded music that is played over, rather than played by, musicians on stage. Boomers and Gen-Xers want to see full bands on stage. For us, “live” means live, and we’re not big fans of auto-tune either. Our rap and hip-hop acts from the ’80s and ’90s performed most of their music live, even if it featured new instruments like turntables.

Music Midtown remains a vibrant cultural attraction that offers plenty for music fans of all generations, according to the author. Credit: Kevin Greiner

Most millennials seem somewhat ambivalent on these points, but Gen Z goes further. My kids and their friends have no problem watching their stars like Billie Eilish perform without much instrumental accompaniment. They reason that the creative process is still happening in the studio, and it’s no big deal that it’s not being fully played out on stage. And they appear to be winning the tastemaker wars.

The change in music curation appears to be taking its toll on Music Midtown’s revenue line, however. The premium sections appeared undersold this year as the older and higher-income fans stayed away. All those under-21s also can’t be good for concession sales. General admission ticket prices, at around $200 including fees, were about 25 percent lower this year.

Of course, lesser-known acts also cost less to bring in, so maybe Live Nation knows exactly what they’re doing. But I’d like to see things return to a more diverse music line-up that appeals to more of Atlanta, including those homeowners around Piedmont Park who light up the neighborhood blogs with complaints of noise, parking, and foot traffic. I’d like to see Music Midtown be a festival for all of Atlanta once again.

But regardless of what happens, I’m still planning to go to Music Midtown next year. We’re all still invited to come to Gen Z’s big show. We just have to choose to show up.

Note to readers: Kevin Greiner is an avid music fan and has attended the last six Music Midtowns. He’s also the father of two Gen Zers. 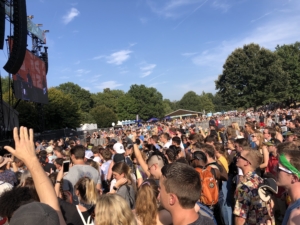 Concession sales were about 25 percent lower than in prior years as older music fans, often with more disposable money, found little appeal in a line-up of performers who cater to those in their early 20s. Credit: Kevin Greiner 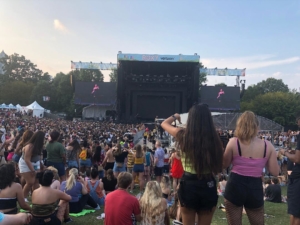 The crowd of Gen Z at Music Midtown appeared to be more in control of their behavior than earlier generations in their heyday, according to the author. Credit: Kevin Greiner