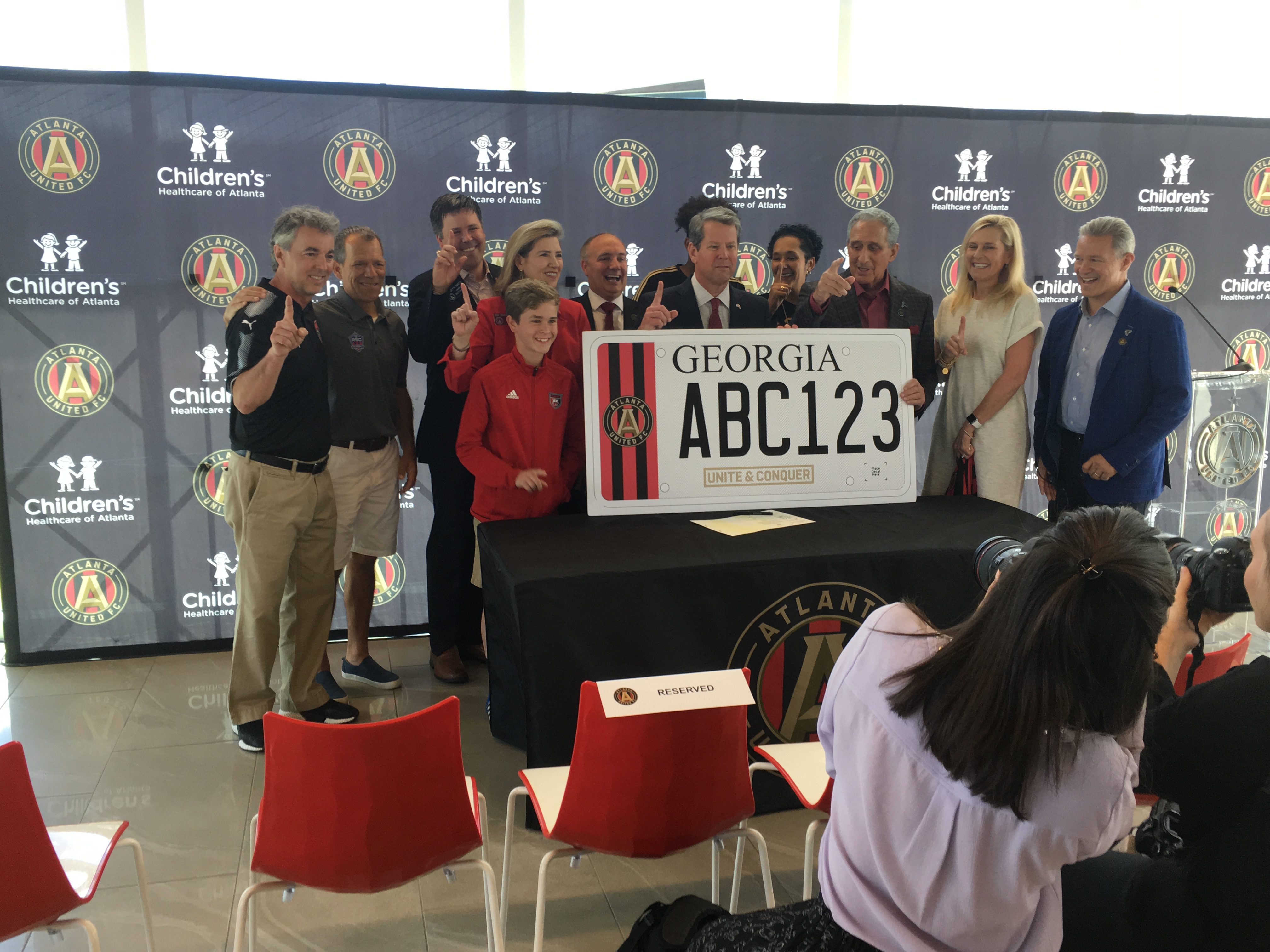 By about the end of the month, Georgians will be able to buy a car tag to show love for defending Major League Soccer champions Atlanta United FC. 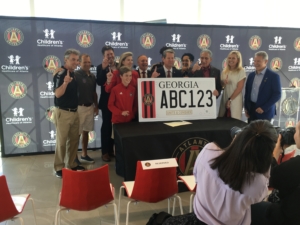 The state Legislature authorized the tag this year, and it was made official with Gov. Brian Kemp’s signature on the bill at a ceremony Monday at Atlanta United’s training ground in Marietta.

The Atlanta United Foundation will get $10 per purchase or renewal. Though with fees, the special tag costs $60 in total to buy and $35 to renew. A standard tag is $20 for annual registration.

The Atlanta United Foundation donates equipment for youth who would not otherwise get to play soccer, helps build community pitches and makes other program grants.

“An official Atlanta United license plate — some of our fans have been talking about right from the very start, when we started the club,” said Atlanta United FC President Darren Eales.

Tag preorders start May 28 for delivery in the mail.

Not that it’s a competition, but it would take more than 50,000 renewals to make Atlanta United the state’s most popular specialty tag.

Full specialty tag data
This graph has been clarified to highlight the fact that it only includes data on on certain tags.