Deion Sanders, a star of both the Atlanta Braves and Falcons in the early 1990s, has partnered with the politically conservative Koch brothers to fight poverty in Dallas. An “unlikely partnership” is how a reporter with the Associated Press characterized the relation.

AP’s characterization aside, not that many partnerships raises eyebrows in the current political climate. Then again, Sanders’ webpage has links to several videos with Snoop Dogg, a leading gansta rapper of the 1990s who launched his own brand of marijuana in 2015, and none to videos with conservatives.

Then again, Sanders may become a bridge between Snoop Dogg and the Koch brothers. The rapper and the brothers have been the target of Trump’s famous tweets.

Of Snoop Dogg, after he appeared in a video pointing a fake gun at a clown dressed like the president:

Of the Koch brothers, after they shunned his White House bid in 2016:

Nor has Sanders lost his razzle dazzle. After reporters questioned his decision to partner with two of the nation’s leading financial backers of Republican and libertarian candidates, Sanders was quoted in a story by usatoday.com:

This isn’t Sanders first foray into politics or philanthropy.

Sanders endorsed House Speaker Paul Ryan in 2015, when Ryan was a House member representing a district in Wisconsin. At the time, Ryan was pushing anti-poverty legislation that fit Sanders’ notion of reducing the role of the federal government in fighting poverty at the local level.

In a story posted in 2015 on dailycaller.com, Sanders was quoted: 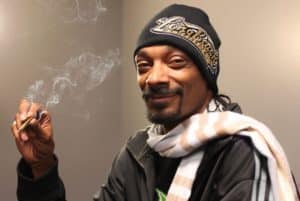 Deion Sanders promotes videos of Snoop Dogg on Sanders’ website and none of conservative leaders, such as the Koch brothers. Credit: southpawer.com

Sanders’ philanthropic work includes the founding of an organization to help inner city youths and a prep school. Both appear to have fizzled out over time.

The Braves cites Sanders’ effort in 2005 to raise money from professional athletes to help with the Hurricane Katrina relief effort.

For a walk down memory lane, here are Sanders’ feats, verbatim, as summed up by the Braves and Falcons.

1989: Sanders hit a home run and scored a touchdown in the NFL in the same week, the first player to do so.
1991: Neon Deion hits .304 in 97 games with the Braves, and his 14 triples will lead the Majors. Sanders rejoins the Atlanta Braves on Sept. 25 for the remainder of the season to help the Braves’ pennant drive.
1992: Thought of as Sanders’ most productive year, he hit .304 for the Braves, and stole 26 bases in 97 games. In four games of the 1992 World Series, Sanders batted .533 with four runs, eight hits, two doubles, and one RBI.
1993: A first inning double by Deion Sanders is Atlanta’s only hit on May 26, as Cincinnati’s Tim Belcher hurls a one-hit, 4-0 shutout over the Braves.
1994: On May 29 the Braves trade Deion Sanders to the Reds in exchange for outfielder Roberto Kelly and Minor League pitcher Roger Etheridge.

First player since Hall of Famer Bobby Mitchell (1958-61) to return a punt or a kickoff for a touchdown four consecutive seasons.

Only pro athlete to play two sports (football & baseball) in same city since 1960-61.