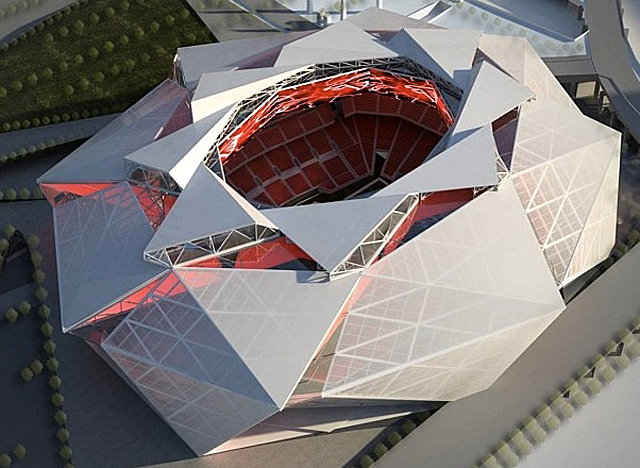 Atlanta Falcons owner Arthur Blank does not know how to say “No,” and that is costing him another $100 million.

During a panel discussion at the Rotary Club of Atlanta Monday on the rejuvenation of the westside neighborhoods, Blank let it slip out that we view the “$1.5 billion stadium” as an incredible investment. 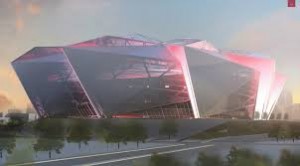 Up until now, the latest estimate of what it would cost to build the new retractable roof stadium – which is currently under construction – was $1.4 billion. The initial cost estimates were $950 million, and then they climbed to $1.2 billion when the designs for the dramatic stadium were unveiled.

After the panel discussion, Blank confirmed that the price-tag on the stadium had gone up by $100 million.

“We have an owner who has a great deal of difficulty saying no,” Blank said, referring to himself. “But we are at a point where we have developed and put in place all the great ideas that we can.” 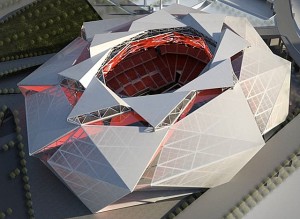 In other words, this is where the buck will stop.

Kim Shreckengost, executive vice president for Blank’s business interests, said that most of the increased amount can be attributed to the financing costs of the stadium.

According to the agreement with the Georgia World Congress Center Authority, $200 million of the stadium financing are to be covered by the City of Atlanta’s hotel-motel taxes.

Any other costs above and beyond those $200 million are legally obligated to be covered by Blank, the Atlanta Falcons, the National Football League and private financing.

In other words, the taxpayer is not liable or on the hook for the increased costs of the new stadium.

The new Atlanta Falcons stadium, which will also house Atlanta’s new Major League Soccer franchise (similarly owned by Arthur Blank) is scheduled to open in 2017. The soccer team is supposed to begin playing in the facility in March – less than two years from now.

Once the new stadium is up and running, the Georgia Dome will be torn down.

Blank said his folks are working with the GWCC to find ways to make the entire campus more engaging with the westside communities.