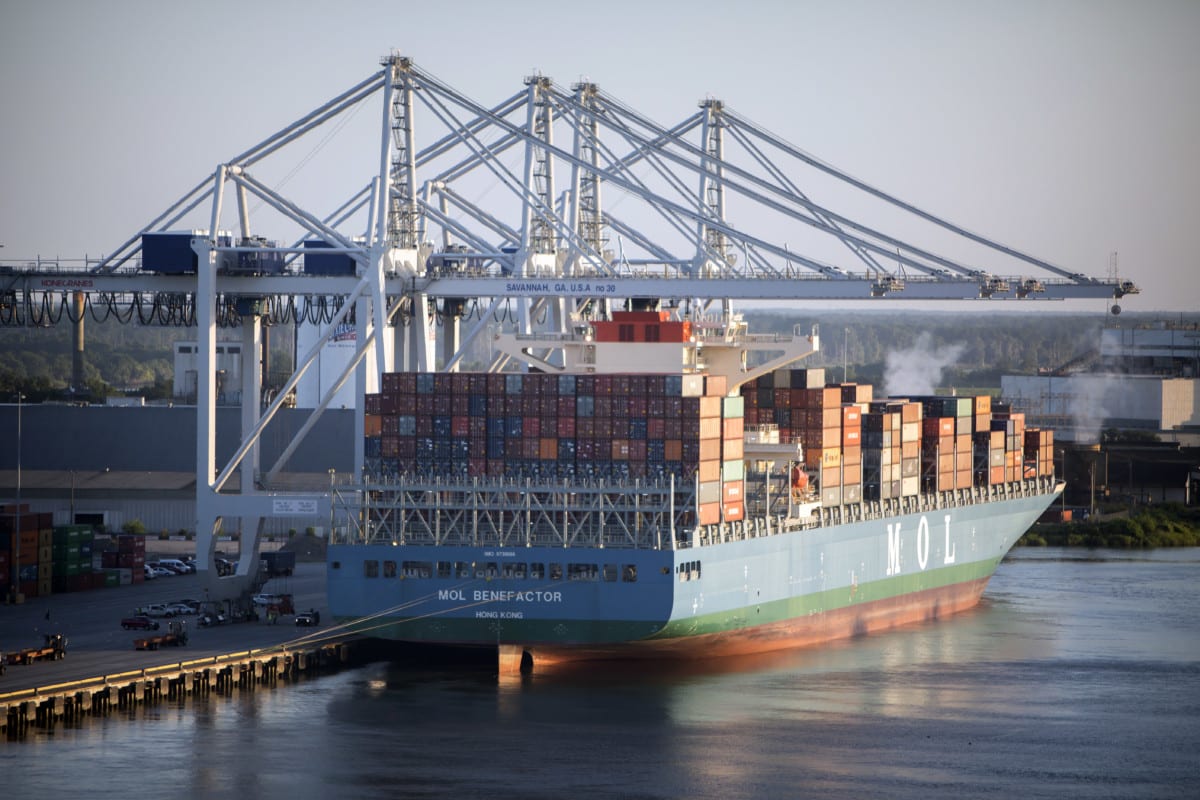 A new chapter is about to begin in the process of deepening the Savannah Harbor to accommodate massive ships that are arriving from the expanded Panama Canal. It involves updating the maps of shoals that are based on data collected before World War II. 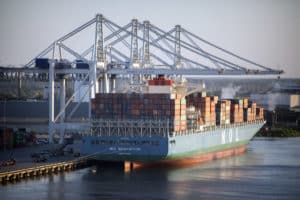 The federal government is preparing to conduct a survey of the Atlantic Ocean near the state port in Savannah. The purpose is to increase the safety of the huge vessels that are expected to arrive now that the expanded Panama Canal has opened.

Savannah already has served the first of these goliath tankers.

The brand new ship built in China passed through the canal on July 2. By July 13, she had docked in Savannah and commenced to move more than 3,000 containers. The MOL Benefactor sailed north to the port of New Jersey/New York and now is steaming back toward the canal, where she’s due to arrive in this week, according to records kept by fleetmon.com.

Fully loaded, the Benefactor needs more than 45 feet of water depth to float. Evidently, she was not fully loaded or she likely could not have made it into the Savannah port, which has a depth of 42 feet. Not even a pilot could make that trip; a pilot is a local captain who boards a vessel at sea and guides her to port.

For a vessel of this size, the Atlantic Ocean is somewhat shallow on the approach to Savannah. The pilot boarding area now is about 45 feet deep. The water isn’t much deeper seaward of the boarding area, according to a NOAA chart. 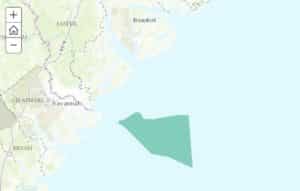 Starting in October, NOAA will survey the depth of the approach to the port of Savannah to increase the safety of the massive new tankers already calling on the port. The survey area is shaded in green. Credit: noaa.gov

This scenario is part of the reason that NOAA wants to update the maps, or charts, of the area that ship captains rely on to avoid shallow water as they approach the river, according to NOAA, the National Oceanic and Atmospheric Administration.

Surveys of the area off the Savannah River date to pre-1940, according to NOAA. Current charts have been updated with anecdotal information, but not with a full survey.

To put that timeframe in perspective, portions of the Gulf of Mexico have not been surveyed since they were first surveyed in the 1800s using lead line technology. The process required a crewman to throw a weighted line into the water and mark the depth where the weight felt like it had hit bottom.

The survey off Tybee Island is being conducted for two reasons.

First, the Savannah Harbor Expansion Project will increase the authorized depth of the harbor from 42 to 47 feet. Updated soundings will ensure that charts provide correct under-keel clearance information for the larger and deeper-draft boats that will enter and exit the harbor, according to NOAA. 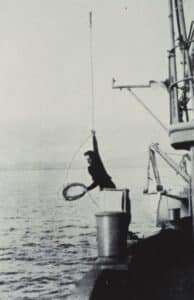 In the 1800s, water depth was measured by tossing a rope with a weight attached and marking where the weight seemed to hit bottoms. Portions of the Gulf of Mexico were last surveyed with lead lines in the 1800s. Credit: noaa.gov

Second, a 2012 report by NOAA classified the Savannah area as second of five priorities to be resurveyed because they are “navigationally significant.” The first priority went to shipping tonnage and trends. Second went to vintage of surveys in the area. Right down to fifth, which is based on requests from the marine community.

A segment of the Georgia coastline near Jekyll Island already is being surveyed because of requests from the marine community. It was last surveyed in the early 1900s.

St. Andrew Sound separates Jekyll from Cumberland Island. NOAA said the area has significant traffic from small boats, tugs and barges. Boats frequently run aground on shallows that aren’t on the chart. The NOAA manager in the area has received several requests for a modern survey. The 16-month survey commenced in March.

The survey off Tybee Island is slated to begin in October.

The NOAA ship Thomas Jefferson is to spend 45 days surveying an area that covers 90 square nautical miles. The tract is located east of Tybee Island, and most of it is south of the mouth of the Savannah River.

The Thomas Jefferson is based in Norfolk, Va. The ship is 208 feet long and can carry a crew of 34, plus four scientists, according to a description by NOAA. The boat uses electronic devices to measure depths and is equipped to drag a dredge along the sea bottom to collect sediments that indicate what’s down there.

The ship’s three most recent surveys were conducted near Boston, Virginia Beach, and Charleston, according to NOAA.