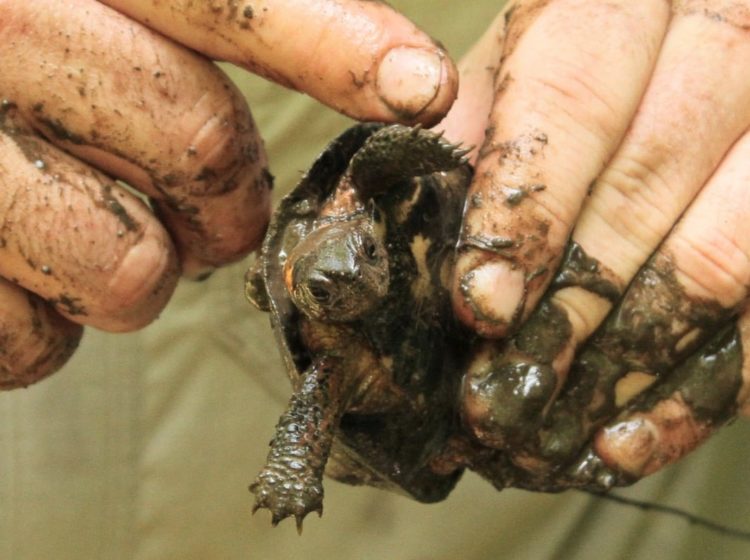 A new habitat populated by North America’s smallest turtle, the 4 ½ inch long bog turtle, has been discovered in Georgia at the state-owned Brasstown Valley Resort and Spa. 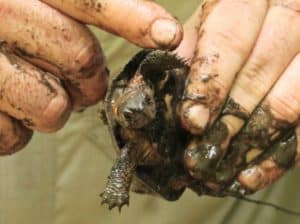 “It does give you some hope that bog turtles are doing better than we know,” Thomas Floyd, of the Georgia Department of Natural Resources’ Non-game Conservation Section, said in a statement.

Bog turtles are listed as a threatened species under the federal Endangered Species Act. Loss of habitat is their most pressing threat, though capture for the pet trade is a considerable threat, as well, according to DNR.

A seller was asking $1,200 for a bog turtle in 2006, according to a thread on turtleforum.com. The discussion had comments indicating the price was reasonable, giving the rising fees for the little creatures:

The discovery at Brasstown Valley arrives as state environmental officials have determined that climate change will eliminate habitat in Georgia for some species by 2050, even as man-made “sprawl zones” create tremendous challenges for other critters and plants. 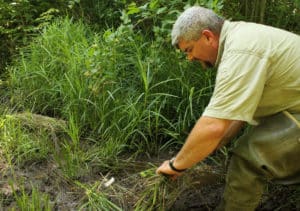 This prediction is outlined in Georgia’s State Wildlife Action Plan. The plan serves as the 10-year update the state’s 2005 Comprehensive Wildlife Conservation Strategy.

Floyd first documented bog turtles as Brasstown Valley in 2014. He responded to a chance sighting by a visitor. Since then, Floyd has caught and tracked nine turtles at the resort in an area that is not open to the public in order to protect the turtles.

The U.S. Fish and Wildlife Service extended protection to bog turles in 1997.

According to an FWS statement, the turtle was expected to become extinct in the foreseeable future.

Georgia monitors bog turtle populations each summer through a catch-and-release program. The turtles are trapped and a passive integrated transponder is attached to their shell. Then the turtles are released.

The state also collaborates with partners including the Georgia Plant Conservation Alliance, a network of gardens, agencies, businesses and organizations that are working to monitor and restore the mountain bogs where the bog turtles make their home. Zoo Atlanta is involved in such efforts.