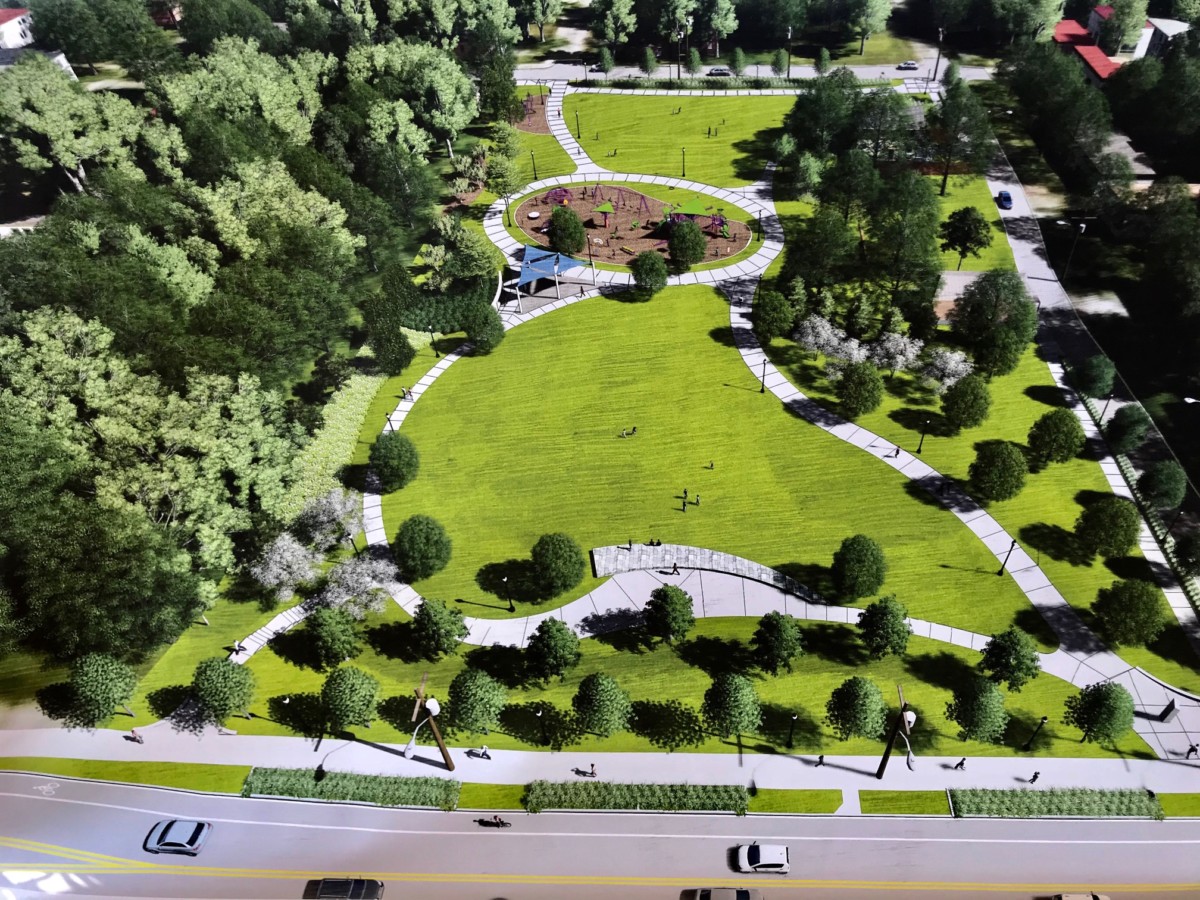 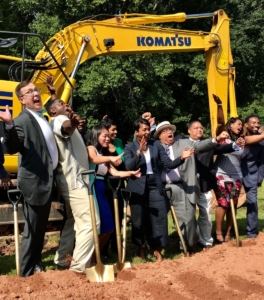 A group of Atlanta’s civic leaders ‘bust a move’ after being encouraged to do so by Atlanta City Councilmember Ivory Lee Young, Jr. at the groundbreaking of the Kathryn Johnston Memorial Park. Credit: Kelly Jordan

And area residents were on hand at a groundbreaking ceremony at the park on a bright Thursday morning. As was Atlanta Mayor Keisha Lance Bottoms, Councilmember Ivory Lee Young, Jr., a host of officials and representatives from Park Pride and the Conservation Fund.

The park is to be complete in Spring 2019, according to Andrew White, Park Pride’s director of visioning. This time frame would enable the park help retain spring rains and prevent them from flooding streets and homes in the English Avenue neighborhood.

An underground water storage system is the park’s main environmental feature. Up to 3.5 million gallons per year of stormwater runoff are to be accommodated in this system, White said.

“A major component of this park is the stormwater management system,” White said Thursday. “That’s been the most challenging to design. This park is one of the lowest-lying areas in the Upper Proctor Creek watershed and a lot of watershed drains to this part of the city. It took time and coordination with [Atlanta’s] Department of Watershed Management. But it all seems to be worth it.”

The stormwater is to be captured from both the immediate vicinity, and from the green infrastructure being installed along Boone Boulevard. Excess water collected at a portion of the Boone Boulevard project will be delivered for storage at the cistern beneath the park, White said. 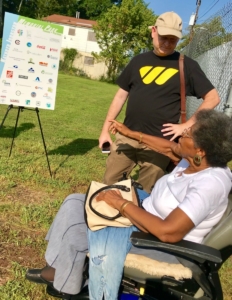 At the groundbreaking of the Kathryn Johnston Memorial Park, John Ahmann, executive director of the Westside Future Fund, and civic leader Mother Mamie Moore take a moment to talk about the project. Credit: Kelly Jordan

“Our intent that the park temporarily flood and hold some of those volumes, rather than streets and houses,” White said.

Halicki observed that the effort to use parks to relieve flood conditions in a portion of Atlanta’s Westside stemmed from early meetings involving Park Pride representatives and neighborhood residents. The initial conversation about park development expanded into a broader discussion of whether green infrastructure – such as rain gardens, vegetated swales and porous pavements – could be installed to slow the flow of water into Atlanta’s sewerage system and thereby reduce or prevent flooding.

“The community is the one who said, ‘If you’re going to build a park, can you deal with other issues?’,” Halicki said. “That was not Park Pride coming in to solve flooding. We were there to build a park. ‘Able’ Mable Thomas asked if the park could help deal with flooding.”

Halicki was referring to another park in the Westside area that Park Pride was planning. But the conversation led to the completion and release in 2010 of a comprehensive study overseen by Park Pride. The project evaluated the potential of green infrastructure to solve persistent flooding in the 1,652 acres of the Proctor Creek-North Avenue sub-basin.

That early report identified the new Johnston park, formerly known as Boone Park West, as a place that could retain storm water drained from Boone Boulevard: 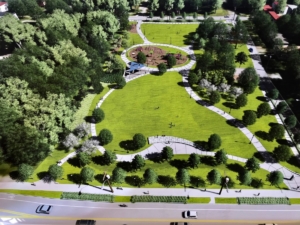 The Kathryn Johnston Memorial Park will be built above an underground stormwater container that is to help prevent flooding in the English Avenue neighborhood. Credit: Kelly Jordan

The Kathryn Johnston Memorial Park is to provide an array of amenities, White said. They include a playground, shade shelter, a network of walking paths, a wall made for sitting and overlooking the big open lawn. Provisions were made for the park to serve as a neighborhood space to host events including English Avenue’s Festival of Lights.

Johnston, 92, was home alone in 2006 when Atlanta police officers burst into her home with a search warrant for drugs. Johnston fired a pistol at the officers, who returned fatal fire. Then they planted marijuana in the house. 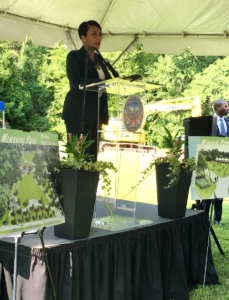 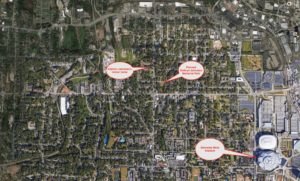