For more than 20 years, New Leaders has developed over 8,000 equity-focused leaders who reach two million students in over 45 cities nationwide.

The National Aspiring Principals Fellowship, now offered at Clark Atlanta University and Morehouse College, began a partnership with the educational nonprofit New Leaders earlier this year. Now halfway through its first cohort, the program is showing a positive outcome for continued success in the future.

“We think it’s an opportunity for Atlanta, and Georgia, to diversify and build their pipeline to have much more equity-focused leaders –  primarily leaders of color – that can tap into as more experienced principals retire out of the principalship,” said Jean Deservaines, CEO of New Leaders. “My excitement stems from the partnership we launched with Morehouse College and Clark Atlanta to be the largest provider of equity-focused leaders in the country.” 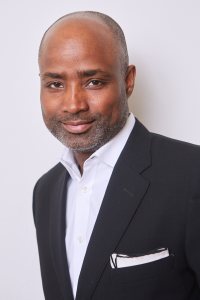 While half of all K-12 public school students identify as a person of color, just one in five of their principals do. Research shows that only 11 percent of public school principals are  African American and 9 percent are Hispanic. New Leaders want to improve those numbers.

In its mission of redefining the role of what the principal should be, New Leaders provides leadership training for principals and their supervisors to accelerate learning for every student in every classroom every year. Their new Aspiring Principal Fellowship is a one-year online course of intense guidance that results in either a principal certification or a master’s degree from the two historically Black institutions.

Desravines agrees that the quality of the teacher is a significant factor in education but thinks that the role of the principal is another factor that is often overlooked.

“The principal sets the vision, creates the culture, hires the teacher so if you are a great teacher, you need great principals and that’s the work that we’ve been doing at New Leaders for the past 20 years,” Desravines said.

He told SaportaReport that he knows this theory is accurate because it worked on him when he was a student.

Desravines, a first-generation Haitian American from Brooklyn, N.Y., suffered several tragic events that almost led him to drop out of school in his senior year. Three weeks after his father died of a massive heart attack, his mother suffered a mental breakdown resulting in her being institutionalized. When the 18-year-old approached his Catholic school principal to explain his reasons for dropping out, he told him “absolutely not.” 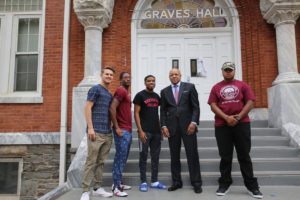 His principal told him he was dealt a tough hand, but he would help him build a promising future that he sees in him as much as possible.

He graduated on time and attended a local college on a full academic and track and field scholarship that led to a master’s fellowship at New York University for finance and public administration.

“We do this as a growth strategy. We believe that in a country where the majority of students are Black and brown, there is no reason why less than 20 percent of principals and teachers should be,” Deservaines said.

He said that we, as a community, can raise awareness about this critical issue of ensuring there are more principals of color raising their children. He also said that the way to ensure that young people in middle and high school consider furthering their education as an option is through reaching out to their school boards and voting for elected officials with agendas pertaining to education.

“Everyone has a critical role to play to ensure that education is front and center in Atlanta as well as the state of Georgia,” Deservaines said.

The next class for the Aspiring Principal Fellow begins in January 2023.  Click here for more information.