Lt. Gov. Casey Cagle on Wednesday appointed 13 members to a Senate committee that is to recommend by Dec. 1 ways the state could take over management of Atlanta’s city-owned and city-managed airport. Cagle, a Republican candidate for governor, did not appoint a senator from Atlanta.

Atlanta did not request any state assistance to run its airport.

The 13-member committee is comprised of five Democrats and eight Republicans.

Various proposals have been floated for decades for the state to assume control of Hartsfield-Jackson Atlanta International Airport. This committee was created by a resolution approved by the Senate to consider, “the transfer of operations of [the airport] to an authority.” The notion is to create a state authority to oversee the airport.

Cagle characterized the intent of the study committee as, “adding value to this tremendous asset.”

Cagle’s comment continues some of the talking points that emerged in this year’s legislative discussion. Rather than characterizing the issue as a potential state take-over of a city-owned asset, lawmakers described their goal as ensuring the economic viability of a state gem.

This is Cagle’s characterization, in a statement released Wednesday:

Sen. Burt Jones (R-Jackson), who sponsored the legislation that created the committee, said in a statement: 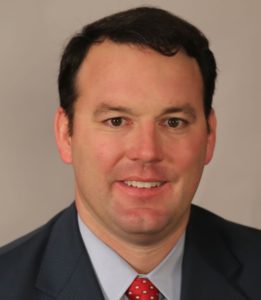 This is the relevant language in Senate Resolution 882:

MAGA, abortion and transit
MARTA ARTS ADMINISTRATOR RECOGNIZED FOR HER WORK AS AN ARTIST CHAMPION