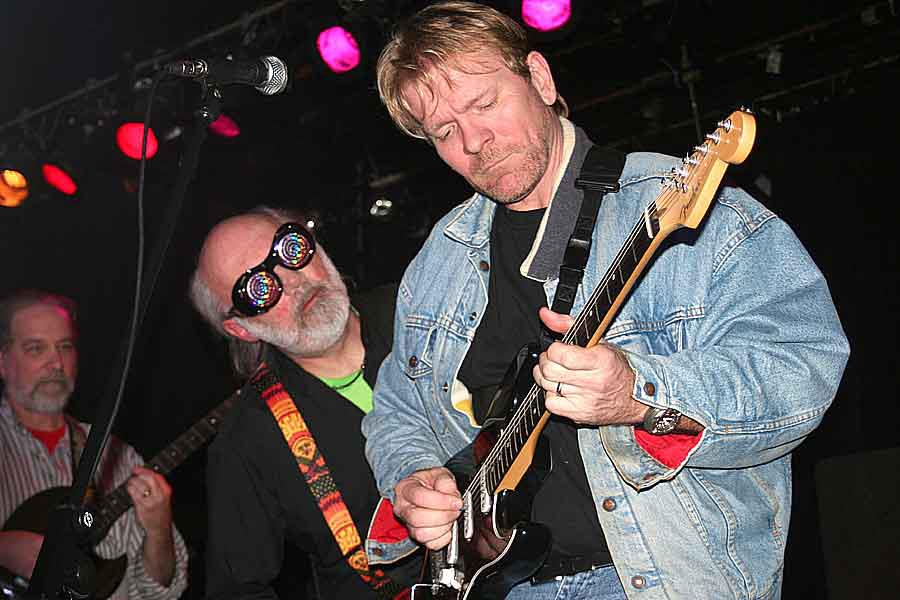 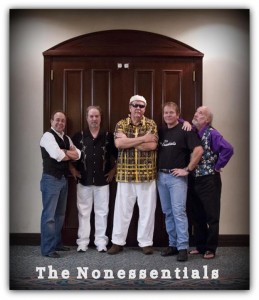 Formed by government workers during the 1995 shutdown, The Nonessentials are still going strong, playing the blues throughout Atlanta. They are (from left) Dave “Sticks” Harbin, Rich “B3” Hammond, John Henry “Big Puff” Hankinson, Dave “Mr. Sparky” Moore and Rick “the Alien” Glover in 2009. (Credit: The Nonessentials.)

When the federal government closed down in 1995, three furloughed workers at the Environmental Protection Agency in Atlanta and their politically-appointed boss figured out how to stay busy. Instead of helping green the Southeast, the four started playing the blues.

The Nonessentials have stuck with one constant through nearly two decades: the three simple chords that make up the blues. On a part-time basis, they’ve played festivals, restaurants and other events. They’ve played as their founder retired from public service, one left government work and the two remaining EPA employees became nonessential once again in last week’s federal shutdown.

The stoppage brought back the story of how the band formed, the power of music to connect and sustain, and the possibility of bad news leading to new opportunities.

Who would have expected the blues to be more stable than the government? Not guitar player Dave Moore, an environmental lawyer who is now with a private firm. “The band’s been more secure than any of our jobs,” he said.

Like great blues songs born from feelings more than facts, the history of the Nonessentials is “almost a mythology,” said lead singer and harmonica player John Henry “Big Puff” Hankinson, who retired from the EPA earlier this year. “Everyone’s got a slightly different version of the story.”

Region 4 of the EPA covers seven Southeast states and today is the biggest tenant in the Sam Nunn Atlanta Federal Center. The 1995 shutdown sent home all but 12 of the 1200 employees. “The rest of the place was empty,” said Hankinson, who as the Clinton-appointed regional adminstrator was deemed essential.

“Everyone was being told to go home around Christmas, and at that point they didn’t know they would get paid. The morale was pretty bad,” he recalled. “We had had some agency talent shows, and there were some pretty good musicians.” 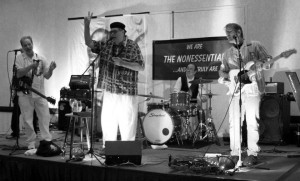 The Nonessentials blues band started by playing at picnics for the U.S. Environmental Protection Agency, where they worked, but after the federal government furloughed most of them in 1995, they had more time to rehearse and pursue gigs. Today they are still playing the blues.

The hiatus lasted 27 days, a vacuum that breathed life into the idea that they could form a band, practice and perform in Hankinson’ backyard and get some momentum. They began by playing rib joints and festivals, often for free.

“You can’t look for another full-time job, because once the shutdown is over, you’d have to leave it,” Moore pointed out. “We knew were going to go back to work. The band never pulled in a bunch of money, but playing helped tide us over.”

The sessions also drew drummer Dave “Sticks” Harbin and guitarist Rich “B3” Hammond, who still remain at the EPA. Bassist Rick “the Alien” Glover joined because his wife, not he, worked at the agency.

The music helped ease the sting of being furloughed. “One day you’re being told that your work is one of the most important public safety issues, and the next day Congress tells you it’s not,” Moore said. “It’s almost depressing.”

The blues expressed that. One blues song, Hankinson said, captures the feeling of going through the loss of work. “Fattening Frogs for Snakes” by Sonny Boy Williamson includes these lines: “It took me a long time, to find out my mistakes (it sho’ did man)/but I bet you my bottom dollar, I’m not fattenin’ no more frogs for snakes…”

Like they had done at the office, the Nonessentials enforced in their music an important regulation: no talk about work. No songs about politics, though they did explain their band name at every gig. Their banner proclaims, “We are The Nonessentials… and we truly are.” Environmental health can be serious, but the Nonessentials aren’t.

At a gig at the infamous Austin Avenue Buffet in Little Five Points, “I remember being up stage singing into the microphone when this huge fireball of electricity swept across my face,” Hankinson recalled. “It was like taking your life in your hands.” 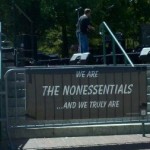 The Nonessentials blues band, still going 18 years since the previous government shut down, does not take itself seriously.

The blues’ three-chord simplicity and depth contrasted to the bureaucratic complexity of government work. The humbling ignominy of being deemed “nonessential” birthed a new brotherhood with a soundtrack that eased the career and personal transitions over the decades.

“The band played at our wedding, and we’ve grown up with them,” said Nancy Moore, who in 1995 was dating her guitarist husband. The Moores now have teenaged daughters and have bonded with other band families. “The shutdown jelled the name of their band and their commitment to each other.”

For Dave Moore, the band helped him segue from the EPA into private practice. Before the EPA, he had been general counsel for Chattahoochee RiverKeeper, so the leap to defense work looked like he had gone over to the dark side. 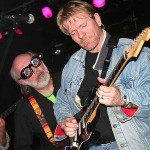 From left, Rich “B3” Hammond, Rick “the Alien” Glover and Dave “Mr. Sparky” Moore jam as The Nonessentials.

“The band gave me broader and deeper relationships with people, and a lot of times people I work with remember me because I play music, not because I’m a lawyer,” he said. When an opposing counsel noted a recent story on the band and members nicknames ran in an energy and environmental policy newsletter, Moore joked, “Will you think less of me now that you know I’m ‘Mr. Sparky’?”

Today the band plays at Shorty’s, the Tin Roof Cantina and the yearly Environmental Law Section meeting in north Florida, where Hankinson now lives. One takeaway from The Nonessentials is that personal reinvention requires performance skills.

“You have to have the nerve to step out in front of people and just do it,” Moore said.

“Just hang in there,” Hankinson advised federal workers suffering from their first shutdown. “Business has layoffs that come very unexpectedly.

“What concerns me though is we really need capable people in the government. When things like this happen some of the most capable in the government talk about leaving. It’s probably harder to get good people to come in. It doesn’t help us to maintain the quality of our government when we treat government workers this way. Hopefully this too will pass.”

Previous Article
Georgia State is one of the most diverse universities in the country
Next Article
Mobility Live! summit spotlights Atlanta’s mobile opportunity