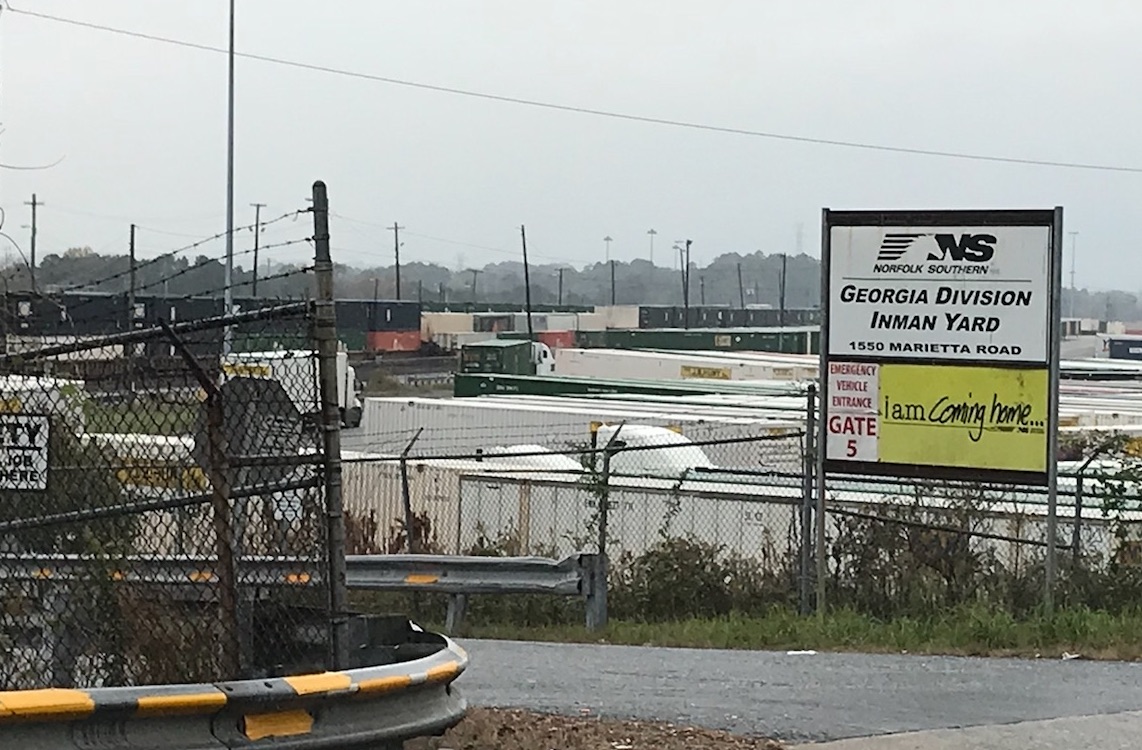 Norfolk Southern’s plan to secure up to $600 million in funding for a new office building from Invest Atlanta, the city’s development arm, was deferred Thursday. In addition, Norfolk’s mayor was quoted Thursday saying the company’s move from Norfolk may not happen as soon as some think, and the company’s latest federal financial report portrays it as being in a strong financial position in the booming transportation sector. 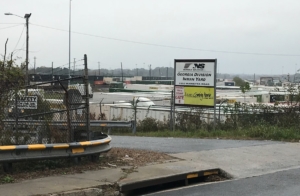 Norfolk Southern’s Inman Yard on Thursday showed it is a major trade center for goods flowing through the company’s lines in the Southeast. Credit: David Pendered

The board that oversees Invest Atlanta on Thursday postponed a scheduled vote on the Norfolk Southern legislation and referred the matter to a committee for further discussion, according to a report Thursday by saportareport.com.

Norfolk Southern has announced plans to use the money it receives from selling property it owns in the Downtown Gulch to help pay for the new building in Atlanta and other costs related to moving its headquarters from Norfolk to Atlanta.

Norfolk Mayor Kenny Alexander was quoted Thursday in a report by WVEC, the ABC affiliate in Norfolk, as citing at least two reasons the company’s move may not occur soon:

The story did not elaborate on either of the mayor’s statements. The story noted that a Norfolk Southern spokesperson would provide comment when details become available.

In addition, the mayor was quoted as extending an olive branch to the potentially departing Fortune 500 company: 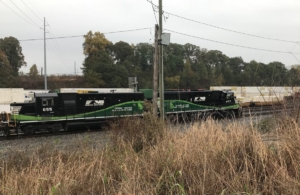 Norfolk Southern’s Inman Yard is a major hub for the railroad company that’s discussing plans to relocate its headquarters from Norfolk to Atlanta. Traffic was busy Thursday as rail cars were shifted in the yard. Credit: David Pendered

Norfolk Southern plans to build an office building at the corner of West Peachtree Street at Ponce de Leon Avenue. The company would move its headquarters to this location from a site in Norfolk, according to a report by Invest Atlanta.

Construction costs for the Atlanta building are estimated at $575 million for a building of 750,000 square feet of office space, structured parking, plus room for an employee day care center.

Norfolk Southern expects to create 850 jobs in the city. The headquarters would join the city’s vibrant rail distribution network.

The development project was competitive and Invest Atlanta collaborated with the Georgia Department of Economic Development, Metro Atlanta Chamber of Commerce and Georgia Power, according to the report.

Norfolk Southern’s latest financial report portrays a company in a fairly strong financial position. The company filed on Oct. 24 its third quarter report with the federal Securities and Exchange Commission.

The company’s operating revenues increased $277 million in the third quarter and $680 million for the first nine months of the year, compared to the same periods in 2017, the company reported. Norfolk Southern was valued Thursday at $47.1 billion, according to a quote by wsj.com.

A highlight of the third quarter report is an update date on the company’s stock buy-back program in 2017 and 2018.

Norfolk Southern repurchased and retired $2.8 billion in stock during the time frame, according to the report. This continues a buy-back program that, since the start of 2006, has cost a total of $13.4 billion, according to the financial statement.