Not suitable for the eyes of young girls 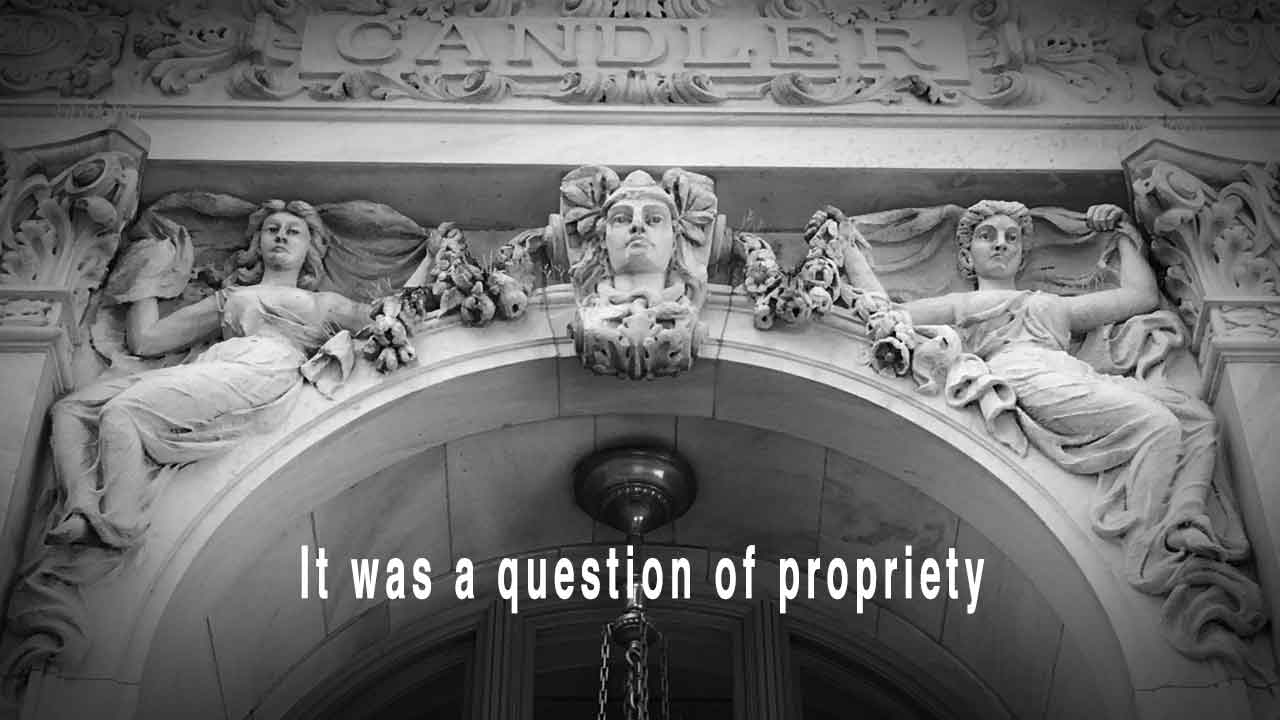 There is a building in downtown Atlanta that is more than meets the eye. A treasure trove of Atlanta history, this building has generated over 100 years of stories. Built in 1906, the Candler Building is a 17-story high-rise meticulously constructed to the specifications of Coca Cola magnate Asa Candler and architect George Murphy. It was designed to be more than just a building, it was, and is, a monument to Asa Candler.

Candler’s story is well-known in Atlanta. He was one of eleven children who grew up in Carroll County, Georgia. He had been born in 1851 and he started his adult life as what was then known as a “prescriptionist,” one you might find working in a pharmacy. It is common knowledge, especially in Atlanta, that Candler purchased the formula for Coca-Cola from John Pemberton in 1888 and, using his innate skills in advertising and distribution, turned Pemberton’s ‘headache remedy’ into a nationally know drink and Candler into a multi-millionaire.

With his millions of dollars, Candler diversified his holdings, investing heavily in real estate. And that is how, in the first decade of the 20th century, Asa Candler came to own a plot of land on a ridge in downtown Atlanta…a plot of land on which he built the finest building in all of Atlanta.

A hallmark of the Candler building are the carvings that adorn both the outside and inside of the building. By anyone’s measure, they are spectacular and one of a kind, at least, in our city. And if you look closely at those carvings, you will begin to notice distinct differences. One set of carvings in particular caught our eye and that, in our opinion, justified it as this week’s Stories of Atlanta.

Not suitable for young girl’s eyes

Connected to the past