A City map showing NPU-R in relation to other NPUs.

A power struggle at Southwest Atlanta’s Neighborhood Planning Unit R — where the chair and a former “executive committee” are trading coup allegations and lockout attempts — is the best and wildest example of the need for NPU system reforms.

And after decades of letting such problems fester with a hands-off, Wild West approach, the City is actually giving intervention a shot in NPU-R’s case — albeit to no one’s total satisfaction so far. City officials have brokered mediation meetings, brought in an outside parliamentarian, and started work on a system-wide “best practices” document recently requested by the City Council. 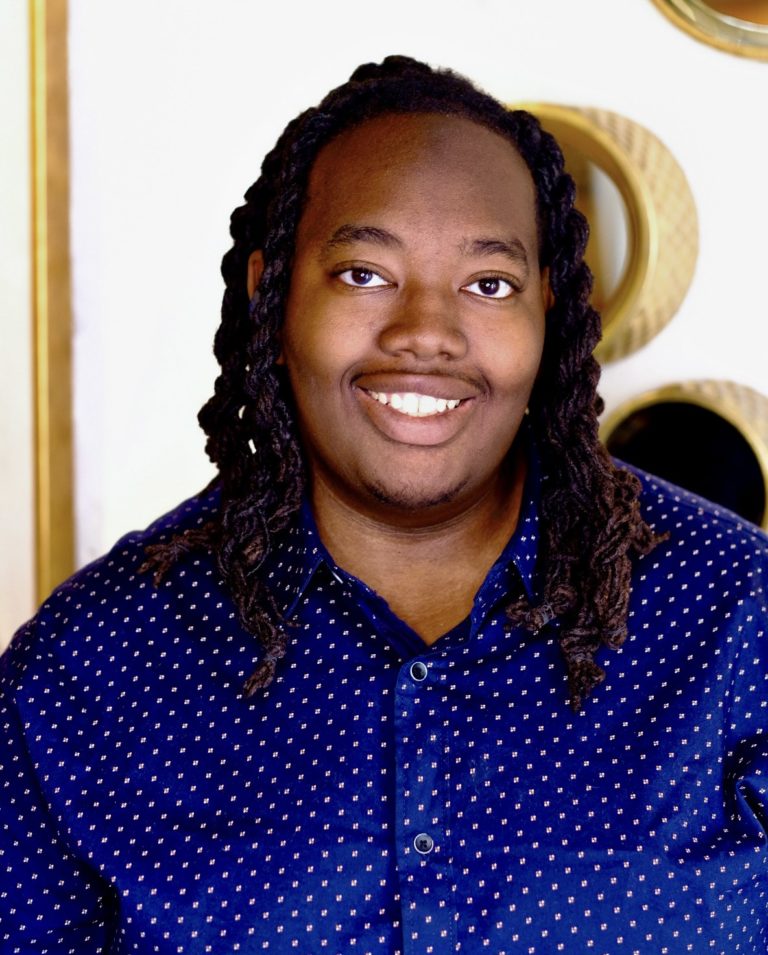 But the heat is still high at NPU-R in the wake of chair Donovan Dodds and the executive committee staging two separate, competing and contradictory chair elections last fall. Dodds said the committee tried to oust him in an illegal meeting and locked him out of various NPU-R accounts — including the Zoom used for the still all-virtual meetings. He has responded by barring most of the committee from speaking or voting in meetings by giving them the questionable status of “members not in good standing.”

Dodds says he’s paying the price for challenging an old-school “oligarchy” as a reformer. “This is just a small group and ultimately it’s just nothing more than really a power struggle and an inability to relinquish that power,” he said. “…[T]he problem is that I had the audacity to have a progressive vision for the NPU and serve as more than just a figurehead for the old guard.”

Annsonita Robinson, a former committee member and chair, says she encouraged Dodds to become chair two years ago, only to see him become a “young pirate.” She said the committee realized he needed to go because of ineffective leadership and signals he was focused on building a political career.

“I just honestly feel that we’ve been hoodwinked and I personally carry a huge amount of guilt for introducing the idea that this young man could be the person to carry NPU-R into the future,” Robinson said. “It has been an abject disaster.”

NPU-R has long had controversies, from many years of a trio of meeting disrupting attendees to recent concerns about a lack of minutes and being locked out of virtual meetings. An explosive point came in 2015, when the NPU got press attention for banning two of those alleged meeting disruptors, which led to legal questions, including advice from the Georgia Attorney General’s office to a resident about how best to challenge access bans. Robinson says the disruptions were more serious than the group wanted to publicly discuss at the time, including two public “brawls” and an anti-stalking protective order she holds today against one of the banned people.

Dodds says a successful part of his reform efforts was to clean up NPU-R’s chaotic image to attract more resident involvement. Another part is banning the participation of members of the former executive committee, a group of local neighborhood association leaders that long steered the NPU, for attempting to disrupt his leadership. They can still attend, but not participate, an idea that Dodds says was suggested by a monthly meeting attendee and voted on by the body. His main claim for the authority to do so is, essentially, that what’s good for the goose is good for the gander — the executive committee that once banned people can itself be banned.

“From the outside looking in, this looks quite unorthodox, but this is quite par for the course for NPU-R,” Dodds said. “[The executive committee members] hate to see it happen because they’re on the other end [this time], but this is what happens when you set a precedent.”

Robinson has a different take. “This whole ‘members not in good standing’ stuff — it’s something we were told that we couldn’t do and yet he’s being allowed to do it,” she said. “I call it tyranny. I call it an insurgency and tyranny.”

Some of the committee members, Robinson said, instead have formed another community organization, the Cascade-Greenbrier Civic Association, to provide input for the same area as the NPU.

The NPU system and transparency

The NPU system was not supposed to work this way. Founded by Mayor Maynard Jackson in 1974, the system now consists of 25 NPUs around town — each named for a letter of the alphabet — that provide comment to the City on virtually any issue. The only “membership” requirement is living in the local NPU’s area.

A fatal flaw was the lack of any transparency requirements, despite the obvious government-created public nature of these bodies. A 1995 City ordinance requires NPUs to hold “public meetings,” but it is unclear what that exactly that means. And the 2015 NPU-R controversy led the Attorney General’s office to opine that it is also unclear whether the Georgia Open Meetings Act applies to NPUs — something someone would have to sue to find out. Aggravating the situation recently was the City’s chief transparency officer incorrectly informing the Department of City Planning (DCP), which oversees NPUs, that the AG’s opinion definitively said NPUs are exempt from the open meetings law.

Worse still, the City has remained largely hands-off on NPU operations and board arrangements, even in situations as rough as NPU-R got in 2015. City officials have long presented this as high-minded respect for NPU autonomy, but there are obvious cynical motives in not expending City resources and not stepping on the toes of local leaders who might influence voters.

In short, NPUs can easily turn into quasi-private fiefdoms with nowhere for citizens to turn with transparency concerns. At NPU-R, beyond the internal debate, there are also resident complaints. For example, local activist Sherry Williams has complained to the City about lack of notice and access to committee meetings, inability to get minutes or Zoom recordings and being kicked out of meetings — possibly inadvertently.

Such situations have fueled calls for NPU reform. The nonprofit Center for Civic Innovation is conducting the first comprehensive review of the system in decades and last year issued a preliminary list of suggested reforms, which include better City support and legal advice. Newly elected District 3 City Councilmember Byron Amos this year proposed an NPU “best practices” document that could address a “bill of rights” for members and guarantees on accessibility to meetings and records.

One of the few things Dodds and the former executive committee agree on is the need for NPU reforms.

“For too long, it’s been a political ‘third rail’ not to be touched,” said Corliss Claire, who won the committee’s own disputed election for NPU-R chair. “A system worth having is worth protecting and improving.”

This time around, DCP is responding to the NPU-R controversy differently. “Our department has directed additional resources to NPU-R, conducted meetings with members, and is creating a set of best practices for all NPUs…,” said DCP spokesperson Paula Owens. 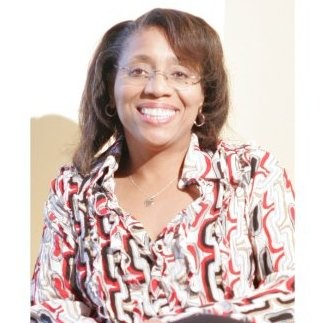 Dodds said that included four mediation sessions under the name “A Path Forward,” two virtual and two in-person, complete with lunch. “We got really, really close to some type of resolution,” he said, including with his offer to restore meeting participation rights to ex-committee members if they agreed “to not run amok.”

But those talks fell apart and DCP has essentially recognized Dodds as the NPU-R chair. In part, DCP surely had problems dealing with situations where both sides agree on next to nothing and where the department’s lack of control also meant a lack of objective information.

Dodds claims the executive committee in October 2021 locked him out of Zoom and Facebook and attempted to oust him without explanation. Robinson says he was informed of concerns about the lack of progress on updated bylaws and elections, and concerns about his formation of and raising money for a similarly named limited liability company called NPUR Atlanta. Dodds says he was an effective leader who expanded the NPU’s activity and attendance and that the committee’s meeting trying to oust him was illegally private. He also says that the committee was involved in creating the LLC for the purpose of holding City grant money and that no money was raised for it.

Then came the dueling chair elections in November. The committee conducted its own by distributing ballots for a between-meetings vote — which Dodds calls a selective process — and declared Claire the winner. Dodds’ own election process ended up with only six voters — which the committee calls even more selective, and which he in turn attributes to committee-arranged boycotting.

Part of the reason the DCP-broker talks failed was the City’s inability to deliver on the desires of both sides. The former committee members wanted a City-run do-over election to eliminate all the confusion. Dodds wanted access to the various NPU accounts, most of which are privately controlled, in some cases by yet another resident who is not one of the former committee members at all. He said new bylaws will include a requirement that all the accounts belong to the NPU, not individuals. But the obvious solutions here are that the City should be running elections and electronic accounts for bodies it creates.

The big picture of participation

Meanwhile, there’s one other thing everyone agrees on: Despite the drama, NPU-R accomplishes a lot. “I want people to know the good things we’ve done and that we’re not just 20-year nutcases,” says Robinson, pointing to participation in such efforts as distributing fire extinguishers to seniors and new wayfinding signs at the Cascade Road/Benjamin E. Mays Drive intersection. Dodds notes such work as reviewing alcohol license applications for the first time in years.

That’s the big picture to keep in mind in dealing with what District 11 City Councilmember Marci Collier Overstreet, in a May 17 email responding to citizen complaints, called the latest confusion in “a 20-year NPU-R tug of war.”

Overstreet laid out her basic understanding of how NPUs work: “There is no such thing as a member in bad standing; no member can be voted out; all residents are permitted to attend meetings; all meetings are public (or something similar). The gist is the same, ALL ARE ALLOWED TO PARTICIPATE.”

She added in a note to the DCP official in charge of NPUs: “[P]lease meet with these groups and sort this out for the good of the residents that are just trying to be good citizens to improve our city.”

Easier said than done for NPU-R, but the City might just do it for the entire system in time to stave off the next disaster.