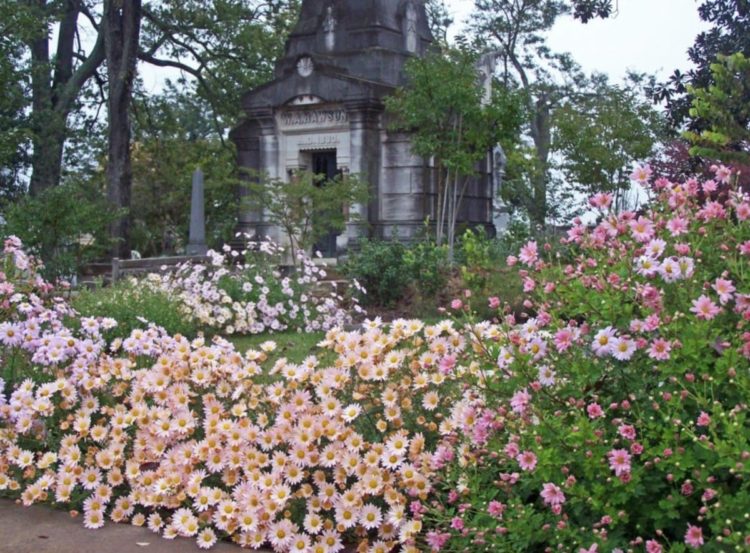 Atlanta’s Historic Oakland Cemetery will give a nod to its roots as a garden cemetery when it opens its doors Saturday morning for its fifth annual Spring Plant Sale, featuring a demonstration on container gardening.

For the first time, camellias will be on sale, including some of the earliest varieties grown in North America, according to a statement from the garden.

The selection of plants includes heirloom tomatoes, vegetables and herbs. Shrubs and perennials will be available, including a wide array of pollinator-friendly plants. All are suitable for the home, patio or balcony.

The Spring Plant Sale is open from 9 a.m. to 1 p.m. Admission is free and the event is open to the public. At 10:30 a.m., HOF gardener Andrew Johnson is to lead a demonstration on container gardening. Johnson has created many of the containers at the cemetery. His presentation is to cover tips for creating container gardens for plants including herbs on the windowsill and larger pieces suitable for a porch or balcony.

All proceeds benefit HOF gardens – tools, equipment, bulbs and trees, according to the statement.

“Oakland Cemetery’s Victorian inspired gardens are filled with unique and beautiful plants and our Spring Plant Sale is an ideal way to get your outdoor or indoor garden ready for the season while supporting a great cause,” Sara Henderson, HOF’s director of gardens, said in a statement. 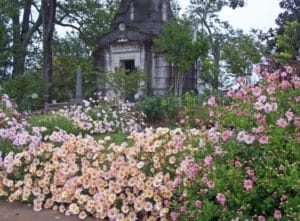 When Oakland opened in 1850, it was patterned after the garden cemeteries that became popular during the previous 20 years.

As author Tate Williams wrote in a story posted on americanforests.org:

Williams reports that garden cemeteries were victims of their own success. The “gardens of graves” inspired the construction of urban parks. These parks featured similar types of design and ornamentation.

Atlanta followed this development pattern, as well. Piedmont Park, as the land is now known, was opened in 1887. For the design, sponsors hired the sons of Frederick Law Olmsted, widely considered to be the father of landscape design.

The Piedmont Exposition opened in October 1887. It was the second “cotton exposition” hosted in Atlanta in era after the Civil War. Civic leaders intended the event to stake Atlanta’s claim as the center of the New South that was being espoused by Henry W. Grady, the managing editor of The Atlanta Constitution, according to a report on georgiaencyclopedia.org.

Grady is credited with creating a catchphrase that is still quoted today. In a speech posted on learnnc.org, Grady states (emphasis supplied):

Previous Article
Work to begin in May on $45 million Rodney Cook Sr. Park on Atlanta’s Westside
Next Article
Kasim Reed: City of Atlanta now has $175 million in reserves