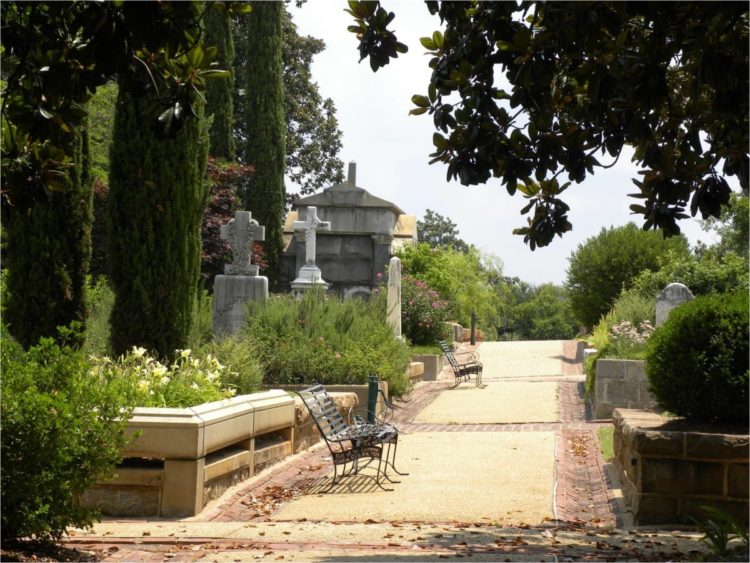 Two tours of graves of Atlanta's past mayors who are interred at Atlanta's Oakland Cemetery is scheduled for Sunday. File/Credit: HOF

Historic Oakland Foundation is celebrating its 40th anniversary on Oct. 2 during Oakland Cemetery’s annual Victorian fall festival, Sunday in the Park, which benefits the foundation that preserves and maintains the burial ground. 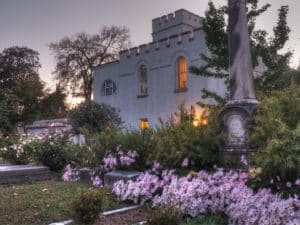 The gothic clock tower at Oakland Cemetery was built in 1899 on the highest part of the cemetery and one of the highest sites in the city. It’s one of the old structures in Atlanta still at its original location. Credit: Ren Davis/HOF

For its part, Sunday in the Park is celebrating its 37th year. The festival has grown from an intimate gathering to a communitywide celebration of Atlanta’s oldest public burial ground.

“Sunday in the Park started as a small picnic, with Oakland descendants primarily attending, David Moore, executive director of Historic Oakland Foundation, said in a statement. “It’s since evolved into a favorite annual tradition for all Atlantans, and as we look back at HOF’s accomplishments, we also look forward to welcoming and engaging a new generation of visitors to historic Oakland.”

This year, the central feature of Sunday in the Park is a retrospective of the significant restoration projects that have been completed since HOF was established in 1976, which happened to be the bicentennial year of the United States.

One highlight will be visits to the mausoleums that have been refurbished. Oakland determined in 2011 that 37 of the cemetery’s 55 mausoleums are in need of repair. Oakland restored the structures with federal funding provided through the Save America’s Treasures program, which is affiliated with the National Trust for Historic Preservation. 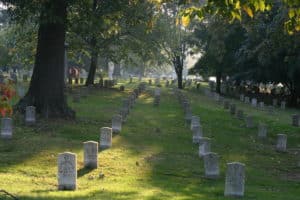 The graves of Confederate soldiers are laid out in formation at Oakland Cemetery. Credit: Dinny Addision/HOF

The remaining 18 mausoleums were determined to be stable or were being maintained by families or groups, Moore said at the time.

This year has marked two major milestones in the cemetery’s restoration and long-term maintenance: 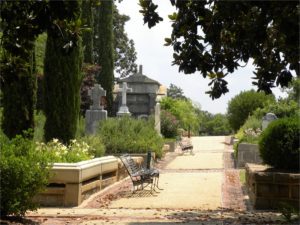 Oakland Cemetery is criss-crossed with walking paths that pass sites that provide plenty of fodder for self-reflection. Credit: HOF

Sunday in the Park is a kick-off event for Oakland’s month-long string of activites that culminate with the Capturing the Spirit of Oakland Halloween Tours. Tours are scheduled Oct. 21 through Oct. 23, and Oct. 27 through Oct. 30.

Information: Sunday in the Park begins Oct. 2 at noon and continues to 6 p.m. Admission is $7 for adults and $3 for each child aged 4 years to 12 years, and free for children aged 3 and under. All proceeds benefit HOF’s mission to preserve, restore, enhance and spread the word about Oakland Cemetery. www.oaklandcemetery.com/events.