Obamas are leaving the White House, but they aren’t going far 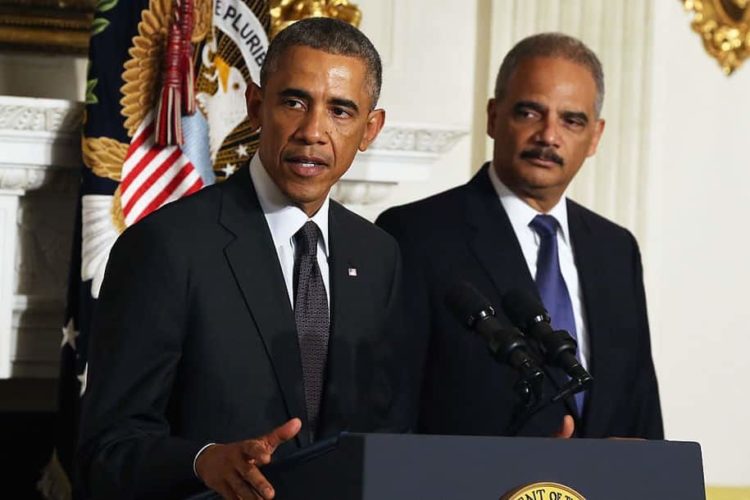 There are those who’ll tell you pretty fast that they won’t miss Barack Obama a minute when he’s gone, and others who dread the day he leaves office. Time will tell, in both cases.

The way things are going in the race to be his successor, even the most inflamed Obama-haters may have the occasion to look back on this administration, if not fondly, then at least as a period of relative stability.

Nor will the Obamas be going very far, when they’re gone. They’re leasing a house a couple of miles from the White House, owned by former Bill Clinton press secretary Joe Lockhart, and plan to live there until their youngest daughter Sasha finishes high school. 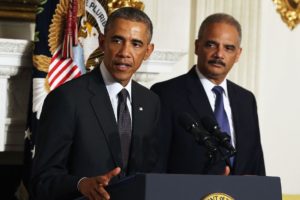 And while Obama has waved off the idea of a U.S. Supreme Court appointment, and Michelle Obama has said she’s not interested in running for public office, they have the potential for a long and very interesting post-presidency. In time even the biggest Obama-lovers may grow a little tired of him.

Both the President and the First Lady have talked, perhaps a bit wistfully, about returning to something like the working lives they had before Obama began his campaign for the presidency, when he was a law school teacher and she was a hospital administrator.

“I’m going to get on LinkedIn and see what turns up,” Obama joked recently.

At the same time, the Obamas have made it clear they intend to remain engaged in public life and continue their advocacy for a number of causes. One of the most interesting is Obama’s decision to team with former Attorney General Eric Holder in a new group, the National Democratic Redistricting Committee, with a new acronym, the NDRC.

In a sense this project could be viewed as recompense. During Obama’s tenure in office, Democratic losses at the state legislative level have been especially brutal: a total of 913 legislative seats and 32 legislative chambers. Republican legislatures elected during the Obama era have approved congressional and legislative maps that make prospects hard for Democrats through the end of this decade, and possibly longer.

The NDRC aims to work for redistricting reform, although it isn’t clear yet just what that means. It’s a fair guess, based on Obama and Holder both being lawyers, that it will involve legal challenges to districts that have been drawn in grossly partisan fashion. Obama also appears to envision wider reforms in the system by which political maps are redrawn every decade.

This is sure to infuriate Republicans, who will rightly point out that in most states they’ve been come-latelies to the dark art of gerrymandering. Democrats, when they controlled state legislatures, were early leaders in the application of computer-driven data analysis and map drawing to redistricting. They could also point out that over the past few decades, black Democrats have often made common cause with Republicans to carve out favorable territory for both.

Republicans didn’t invent the concept of drawing districts that look like Rorchach splats. Instead, they overcame maps which had been drawn to thwart them in Southern states such as Georgia. Then they poured enormous amounts of money into legislative races after 2008, so that they could take over the process and draw the Rorchach splats to their own specifications.

An effort like the one Obama and Holder are planning could have some impact, but it’s going to take a similar investment by the Democrats to win back what they’ve lost at the state level. Districts don’t turn from red to blue automatically when you change their configuration.

On the other hand, Obama’s interest in the NDRC does signal an awareness of the disconnect both parties have between their state and national operations, and the desperate need for Democrats to regain the feeder system which has sustained the party for so long.

No doubt there will be quite a few more projects. According to the few who have experienced it, life after the White House is a learning process, and for the Obamas it seems destined to be a very public voyage of discovery.

Previous Article
The book festival of the Marcus Jewish Community Center has made Atlanta a great place to learn, grow, and reflect for 25 years
Next Article
Hurricane Matthew in Haiti: More people will die if we don’t act now