By Guest Columnist GEORGE CHIDI, councilman for Pine Lake, managing director of the strategic and competitive intelligence consultancy Neon Flag, and a supporter of Occupy Atlanta

Newt Gingrich, that noted exemplar of moral integrity and sober discourse, neatly encapsulated the vapid conservative dismissal of the Occupy protests with a few comments at an Iowa family values forum in November.

The protest, he said, “starts with the premise that we owe them everything.”

Decrying the use of public parks by the public, among other things, Gingrich laid scorn upon citizens who “self-righteously explain they are the paragons of virtue to which we owe everything.”

“That is a pretty good symptom of how much the left has collapsed as a moral system in this country, and why you need to reassert something by saying to them,” Gingrich continued, winding up for the inevitable ad hominem strike. “Go get a job right after you take a bath.” 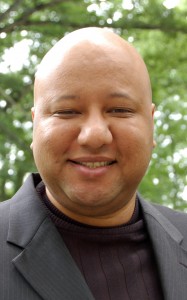 Let’s ignore the obvious, petty hypocrisies for the moment.

What are we to make of these weak appeals to the unrequited hippie-smacking impulse of the Republican electorate with this caricature of the protestor as hostile to the world of work?

Republican primary voters have certainly distinguished themselves of late with their appetite for opprobrium. The crowds have cheered at candidate debates for the wholesale application of the death penalty and for uninsured people dying of treatable illnesses.

For crying out loud, they booed a gay soldier who had the temerity to present himself as such in public, an outburst that should be a crime against supposed Republican martial honor when compounded by the seeming indifference of the candidates to this audience’s faux pas as it happened. The Onion article writes itself.

The crassness of discourse itself about Occupy bugs me, but only a bit. I think honest vitriol usually beats the hell out of the solid fog of careful language, as long as it doesn’t cross into the advocacy of violence. Listen to a judicial nominee speak at a confirmation hearing or to Ben Bernanke talk about interest rate policy and see if you disagree.

The problem is that this facile political stereotyping is wrapped around a garbage argument. The wrapping induces people to ignore the package. Ha, ha. Liberal hippies are stupid. Nothing to consider here.

Strident images have to be true to be truly beneficial. These arguments – that protestors largely hate the working world on principle – are fundamentally and demonstrably untrue, at least in my experience with the movement here in Atlanta.

For one, there’s a substantial entrepreneurial undercurrent animating many of the movement’s activities.

In one of many examples I might present, I met a truck owner in the early days of the Woodruff Park demonstrations who couldn’t secure a reasonable business loan. He owned one hauler, but needed a small business loan to keep it on the road and to buy a second. He had real customers, a real business plan, reasonable cash flow projections but no reasonable way to obtain working capital.

This was not a man looking for a handout. But these are the conditions that might lead a man to pick up a protest sign.

About two months ago, I found myself standing in the middle of the soggy field for the inaugural board of directors meeting of Art For The People, Inc. Two fellow Occupiers and I had decided to create a separate nonprofit organization designed to help present and promote artists associated with our views of the core ideas of the Occupy movement – resistance against corruption in high finance and government, social and political equality, and the like.

As we began talking just after a meeting of Occupy Atlanta’s general assembly, we were rushed by a group of other Occupy members who were also looking to incorporate a nonprofit along similar lines. Not long afterward, a second group approached me looking for advice about incorporating an Occupy-oriented bike cooperative.

Many of the people I’ve been talking to in the movement operate small businesses. In one of the great ironies of the age, more Americans have become entrepreneurs during the Great Recession than at any time in the past 15 years, notes the Kauffman Foundation. Georgia leads the country in this regard – people here have been about 50 percent more likely to start a business than the country as a whole during the recession.

Get a job. Indeed.

Kauffman attributes the rise to defensive entrepreneurism. Put simply, people who think they’re going to lose the job they have try to start something on the side, just in case. Others who can’t find a job tend to try to create one themselves.

I found myself in a similar situation a year ago, when the startup I joined after graduating from Georgia Tech’s MBA program cut staff to manage a revenue shortfall. I started a competitive intelligence consultancy while looking for a “real job.” A year later, I’m still looking for that real job … and looking for ways to expand my business at the same time.

The protest isn’t about hostility to work. It seems to me that it’s much more about hostility to a winner-takes-all approach to work, particularly one in which the rewards flow toward dubious and arbitrary measurements of merit. But Gingrich makes his money by sewing outrage – when he’s not earning millions as a lobbyist in deed if not in name.

How a fellow who blows up a $100 billion insurance company or bank can find employment again – or even escape civil fraud charges – while everyone else has to fight off four other unemployed people for every job is at least as outrageous as anything Gingrich might say about the movement.