Last week, there was a sighting of a North Atlantic right whale near the port of Brunswick in Georgia. She’s one of the expectant mothers that are traveling south to the warm waters of Georgia, South Carolina and Florida to birth and nurse their young. For this critically endangered species, these winter months are essential to their survival. 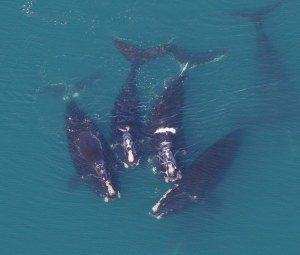 On Tuesday, Dec. 6, conservation nonprofit Oceana filed a petition with the federal government calling for an emergency rulemaking to protect the aquatic mammals. The federal government has the authority to act now and if passed, ​​the changes would significantly broaden the boundaries of the current seasonal speed restriction areas — which require boats to go slower in certain areas — and increase the number of boats the restrictions apply to.

“We submitted this petition arguing that [NOAA Fisheries] has both the authority and the responsibility to put in immediate protections to protect the mothers and calves that are heading south or are already there,” said Gib Brogan, who leads Oceana’s nationwide right whale campaign. “[The agency is] the stewards of the whales. They should be responding when they know about this clear, unmitigated threat.”

Environmental experts and advocates have long sounded the alarm bells for the right whales, and the situation is becoming increasingly dire. In 2021, there were an estimated 340 whales, with roughly 80 breeding females remaining. That’s eight less than the previous year, an unsustainable rate for long-term survival.

“We know that fewer than one whale can die each year if we’re going to support the recovery of the species,” Brogan said. “What’s happening right now is inadequate to protect those whales.” 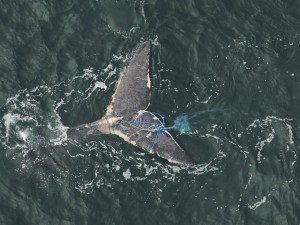 The two main causes of the critically low population are collisions with ships and fishing gear entanglement. According to NOAA, when the cause of death could be determined, all juvenile and adult right whale deaths between 2003 and 2018 were due to human activities.

Hoping to reverse this alarming trend, NOAA released a new proposal this summer to expand protections. Public comment closed on Oct. 31 and final changes are not expected until early 2023. But the species cannot wait and desperately needs protection during the current calving season.

In the petition for emergency rulemaking, Oceana calls for the following adaptations:

If passed, the regulations could go into effect tomorrow, according to Brogan. That’s the ideal outcome, giving the whales a greater chance for a healthy life. If the proposals aren’t implemented, or lawmakers take too long to respond, the population will continue to dwindle.

“Worst case scenario is that we’ll have more whales struck by boats,” Brogan said. “Every time we have a right whale killed by human causes, it sets back the recovery of the species. That’s more than one year’s allowable death. The whale population will continue to decline unless we put effective safeguards in place.”

For folks wanting to help protect the critically endangered species, Brogan recommends keeping an eye out for the aquatic mammal. The species doesn’t have a dorsal fin which makes them difficult to spot, so Brogan suggests boaters “make a point to slow down.” He added that anyone who spots a whale spout or splashing tail should report the sighting. Lastly, spreading the word about the status of the whales is key to helping their chances of survival.

“The government tells us that it’s a ‘species in steep decline,’” Brogan said. “People need to understand that we have this large whale species that is doing so poorly and essentially lives right off the beach from South Carolina to the middle of Florida. Having that kind of public awareness and support is really valuable.”