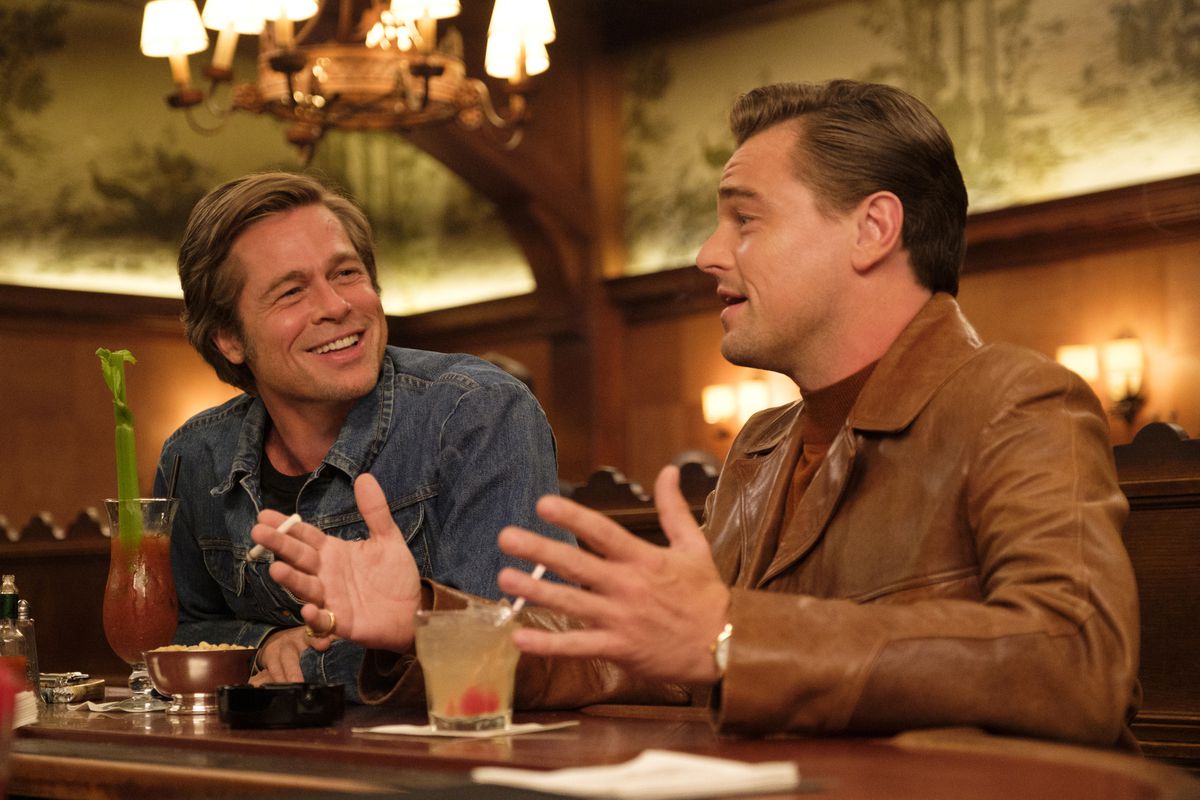 You can’t say he didn’t warn us up front.

And “Once Upon a Time” is a fairy tale – one that may break your heart. You sense making it may have broken a bit off Tarantino’s.

At the same time, you hear his bad-boy laughter and feel his boundless cinefile affection for a time in Hollywood when Dean Martin and Charlie Manson co-existed. 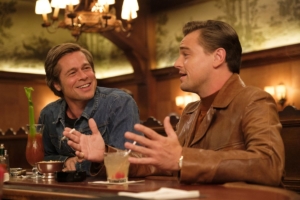 Scene from “Once upon a time…in Hollywood”

Yes, it’s 1969. Martin is cruising through his fourth outing as Matt Helm in the third-rate spy franchise, “The Wrecking Crew.” One of the smaller roles is played by an irresistibly sunny blonde named Sharon Tate. We know this because we see Tate – well, Margot Robbie, who is sensational – at a matinee, delightfully watching herself.

Tate is on her way up, newly married to red-hot director Roman Polanski and with a promising career ahead of her. Not so Rick Dalton (Leonardo DiCaprio), her neighbor on Cielo Drive. As the not-quite-has-been star of an early ‘60s TV western, he’s got a once-promising career behind him.

But you never know. As Dalton remarks to his stuntman/best pal/general factotum Cliff Booth (Brad Pitt), he may be just one swimming pool away from a comeback.

Or one swimming pool away from catastrophe. As most of us already know, Cielo Drive is where Manson’s hippie-chick assassins headed on August 8, 1969, murder on their minds, knives in their hands. 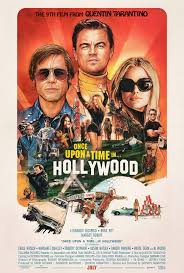 Poster of “Once upon a time…in Hollywood”

You could write reams – and many already have – on all the movie-centric Easter eggs Tarantino layers into his film. However, there’s more here than his usual video-store-clerk obsessiveness. Something about the senseless tragedy of the Manson murders has caught him.

“Once Upon a Time… in Hollywood” is brimming with great work. There’s eight-year-old Julia Butters, as a wise and talented child actor who probably already has several productions as Helen Keller in “The Miracle Worker” on her resume. And Margaret Qualley as the most conspicuous of Manson’s band, ingratiating and sexy and high-spirited – and named Pussycat, which is what Polanski calls Jack Nicholson in “Chinatown” right before he slices up his nose. (By the way, Pitt’s brief visit to the Manson ranch is a brilliant little set piece, as frightening in its way as anything Ari Aster throws at us in “Midsommar.”)

DiCaprio isn’t totally convincing. It could be the role’s underwritten. But he’s really quite wonderful in the scenes with Butters, snarling his way through every black-hatted cowboy cliché ever written, then dissolving in his trailer because this is now his career, and he can’t even pull off an insulting guest appearance convincingly.

However, the picture pretty much belongs to Pitt who delivers a performance of astonishing grace and depth – and Oscar-worthiness. His portrayal insists that, not only did Old Hollywood go down fighting. It stood up and pummeled the hell out of the future.