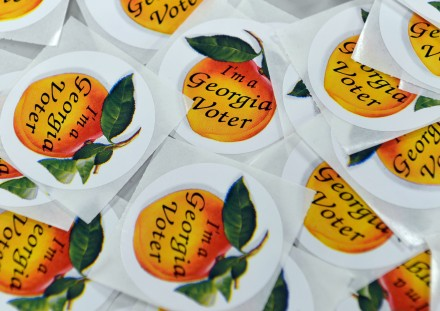 The classes cater to students in elementary and middle school

As the United States is in the throes of the presidential election cycle, it can be difficult to help young students understand the democratic process.

With students and parents at home during the election season due to COVID-19, Varsity Tutors is offering free nonpartisan digital classes to help students (and possibly parents) learn about the structure of our government and the importance of elections.

“Kids overhear a lot. I think they know the election is a big deal, that there’s a lot of emotional charge and rhetoric going on,” Varsity Tutors chief academic officer Brian Galvin told SaportaReport. “We want to harness that into really understanding what is on the ballot and why does it matter.”

Varsity Tutors, which has an office based in Atlanta, began offering digital classes at the onset of the pandemic, focusing on a variety of topics such as social justice, women’s issues, and STEM. The positive feedback inspired the company to continue its digital offerings but with a focus on elections.

The digital classes are catered to students in grades 2 through 5 and grades 6 through 8 and offer interactive ways for students to learn about voting, how laws are made, elections, and different forms of democracy.

“One of the things we were pretty careful with when creating the class descriptions and sourcing the instructors is trying to keep it nonpartisan,” Galvin said. “When you get into a particular issue, it can turn into a shouting match more so than a frank discussion. The idea is to really understand the blueprint and the structure behind political participation, more so than focusing on any type of issue.”

Some students will vote on inconsequential things such as whether cats or dogs are better, while others will focus on how democracy works in the U.S. and outside of it.

One of the teachers and a North Carolina-based lawyer Nareissa Smith, who is teaching a course titled Democracy in All its Forms, said she hopes the classes will lead to a more informed electorate.

“As a lawyer, one of the things that really is painful is seeing just how much people don’t understand about the way our system in democracy works,” Smith told SaportaReport. “This is just not a partisan issue at all, but just an issue of you can’t understand how things work if you don’t know what’s going on.

“You can’t change the system if you don’t understand the system,” Smith added.“And if you’re going to criticize the system, hopefully, it would come from a place where you will be able to give an informed critique and say, ‘here’s what’s wrong with this, and here’s what we should be doing.’”

Smith said she plans to have her students think of an office they would like to run for and create a platform for it – something that makes it personal to that student and helps them remember the material.

“I know a lot of students’ complaint is that classes on civics or social studies tend to be too dry and too much memorizing dates,” she said. “And you know the names of people, but it doesn’t relate to what they’re dealing with now, or they don’t understand why it matters to them.”

Classes continue through Oct. 28 and parents can register their child for the classes at varsitytutors.com.

How Laws Are Made

Democracy in All its Forms

Gathering in smaller rooms: Counting the chairs at the counting party’s convention