Open records, open meetings and the uses of sunshine law for everyone 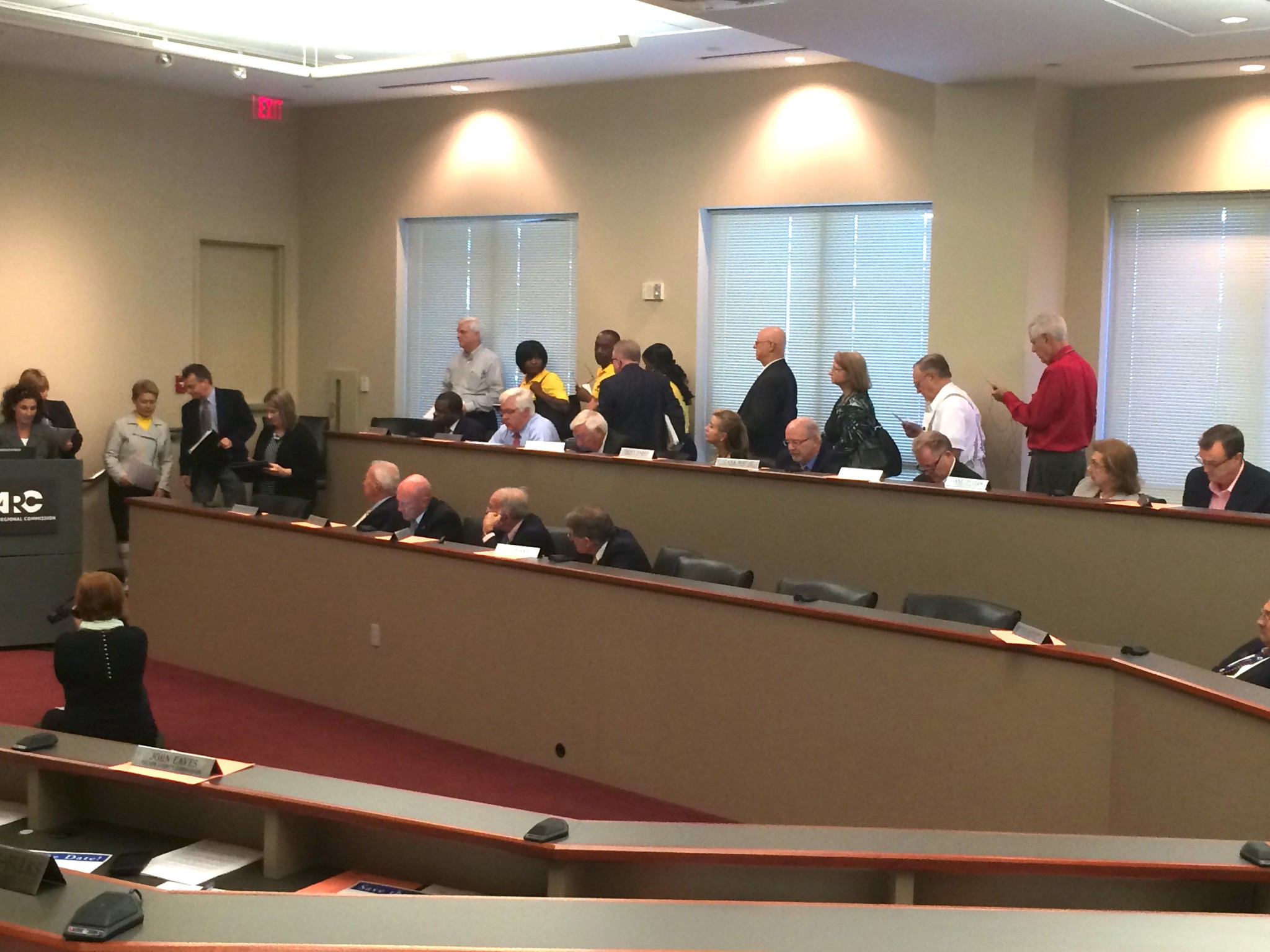 A dozen citizens signed up to speak at the ARC board meeting Wednesday. Most called on the ARC to allow public comment, a procedure the board added to its bylaws later in the meeting. Credit: David Pendered
Share67
Tweet
Share
Pin
Pocket
WhatsApp
Buffer5
Email
Reddit
72 Shares

Most people will never go to a public agency’s board meeting to watch the vote on a public contract award. Or they’ll never request an unpublished public document, like a police body camera video. But if there’s any policy you care about, if you are a supporter of any activist group that works on politics or policy — it’s worth knowing about those “sunshine” laws, their powers, and maybe using them yourself. 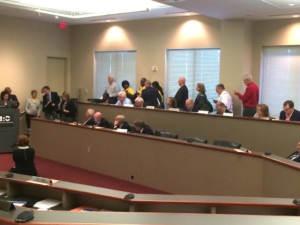 A 2014 file photo shows about a dozen people signed up to speak at the Atlanta Regional Commission board meeting. Most called on the ARC to allow public comment, a procedure the board added to its bylaws later in the meeting. Credit: David Pendered

Sunshine laws are the promise that “we, the people” who fund government should be able to oversee the work. For example, when a city council meets, it’s “open meeting” law that says members of the public can watch the meeting. When one government employee writes an email to another, it’s “open records” law — state or federal — that pretty much entitles you to read it. After all, you paid for the computer on which the email was written.

These laws are for researchers, activists, lawyers, or members of the public who just want to watch their government at work.

So here’s an admission — this column idea came first from a place of anger. I was in MARTA’s board room one day last week, as the board was in a smaller room down the hall discussing the agency’s contract with Gwinnett County.

The last four reporters who showed up and at least one late-arriving member of the public were told the smaller meeting room was too small to hold us all; MARTA put up a video feed from the smaller room to the bigger one. The video worked well enough at the beginning while the board chair spoke toward the camera. But other board members didn’t and were inaudible. Or they were off-camera and inaudible. Impossible to know what they said or who said it. MARTA staff let us in to the smaller room after I complained — and after the discussion.

I was going to write off that snafu as a minor irritation, one that reporters know how to handle. After all, reporters have the privilege of hanging around and trying to ask questions later. And MARTA’s leadership have consistently been willing to talk to me the entire time I’ve covered the agency. And another plus, MARTA publishes public meeting dates far ahead of time online. That beats a lot of city and state agencies.

But then I remembered the law isn’t for me, or reporters in particular. It’s for everyone. So it’s important that people know their rights, know what information they can get, what meetings they can see.

And frankly, the number of reporters has crashed and doesn’t seem to be making any kind of substantial recovery.  If folks are looking for investigations of government, they might need to come to look to nonprofits, civil society, activists and themselves anyway.

So where to learn more about open records, open meetings and what’s available?

Well, broadly, you can go in meetings of public agency boards, though you’re not guaranteed a chair, or even standing room if the agency is already using its biggest room.

Public agency boards include fairly prominent ones, like the Georgia Board of Regents, which oversees universities. You can go in a meeting of any county’s board of commissioners, MARTA’s board, the board of the Atlanta Housing Authority, city council meetings, the state’s utilities regulator. Even things you’ve maybe never heard of, like the State Properties Commission. Try a Google search for “Georgia” or your city, county and a topic. See if a board comes up. Then check its web site or call them to ask about meetings. (No, sorry, they’re probably not going to have an email list. You probably have to keep checking their site for meeting announcements. And many meetings will be in the middle of weekdays.)

There are a few exceptions — for example, if a board wants to talk about a property negotiation, the public will be kicked out for the moment, or the board will step into a private room.

And as for documents, you can ask for a lot of things. Salaries, emails, reports an agency has commissioned, meeting minutes, your neighbor’s property tax appraisal (if it’s not online already.) There are exceptions — you’re not going to get a city employee’s Social Security number, for example. To make a request, some large agencies publish contact information for an open records officer — Google for that person’s contact information, or just call the county or city or agency and ask where to send requests. It may take a couple of tries; it’s not a common question.

And there’s some art to making a request for information. The Georgia First Amendment Foundation’s website is a good resource both for how to make requests and more about laws.