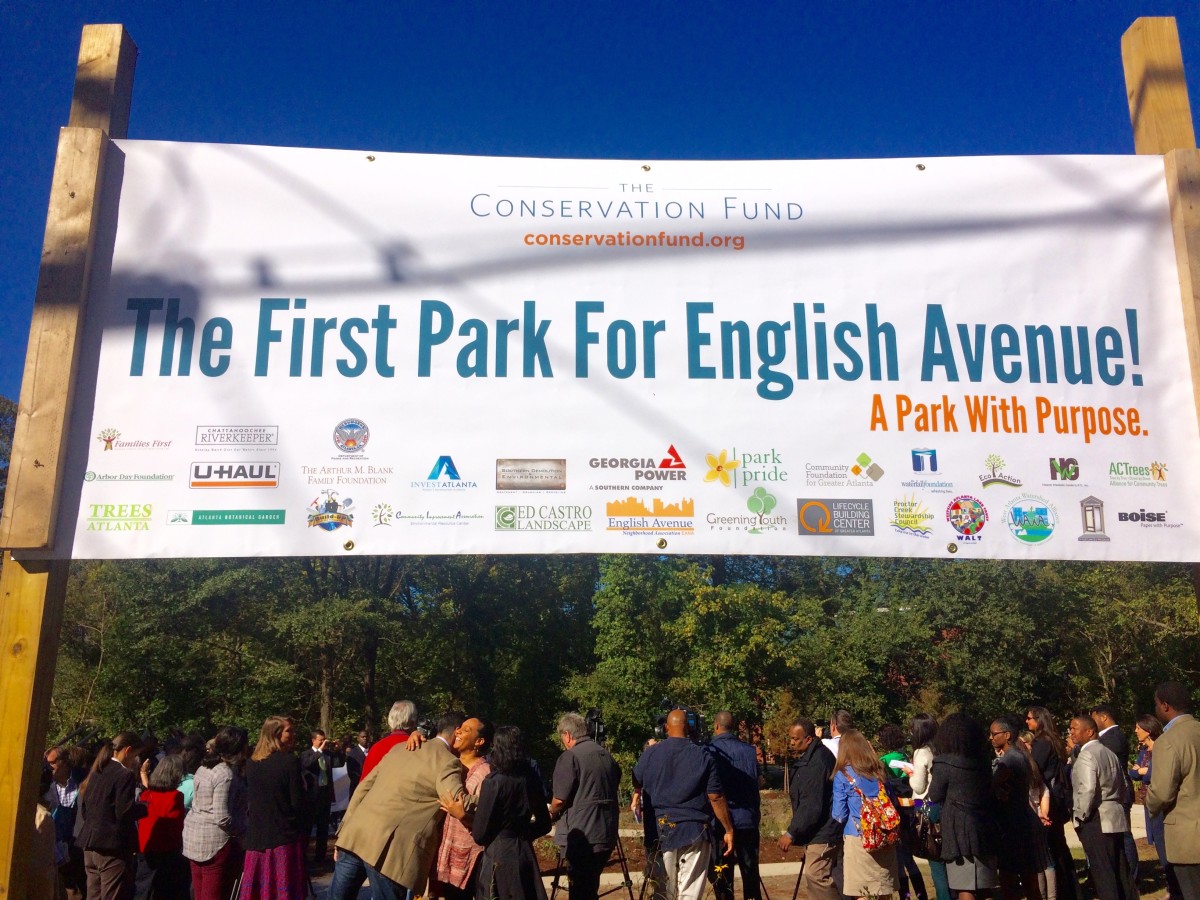 Although “Mother” Mamie Moore didn’t have a speaking role at the ribbon-cutting of Lindsay Street Park on Oct. 21, she was a spiritual force behind the community’s stake in its future.

It’s no accident that her daughter now owns a house next to the first new park in English Avenue. As for the future? She says they have a hard time getting her grandson to stay in his house because he wants to go play in the park. 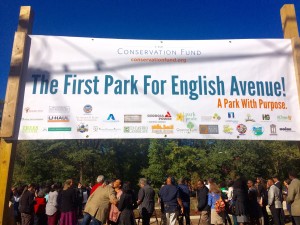 For more than five years, a host of nonprofits, governmental agencies, companies, foundations and community activists have been working this day – the opening of Lindsay Street Park.

It is a shrine to what can happen when everyone collaborates behind a community-led vision of what the future should look like.

It has become a place where the community has come together – uniting adversaries and converting skeptics. The seeds of revitalization are being planted in one of Atlanta’s most economically-challenged areas – and it is being done the right way – from the ground up.

That’s when nonprofit organizations and the City of Atlanta became engaged. Park Pride led a community-visioning effort for parks and green space in the community – called the Proctor Creek North Avenue Watershed Basin: A Green Infrastructure Vision. At the same time the Vine City Park was becoming a reality.

That’s when Rep. Thomas said English Avenue also needed to have a park it could call its own. 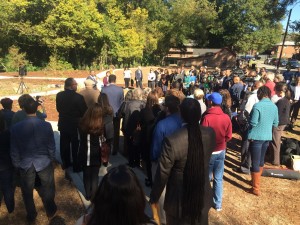 So the Conservation Fund, working with a number of other organizations, helped assemble and acquire six lots that could be transformed into Lindsay Street Park. The Fund considered it to be part of its “Parks with Purpose” initiative.

“The whole approach is to build a community while you’re building a park,” said Michael Halicki, executive director of Park Pride. “Community members were active participants in creating the green space. You want the community to feel: ‘This is my park.'”

As Halicki sees it, the Conservation Fund “set a new standard” of working with the community and engaging a host of other partners to buy into the vision.

So it is not surprising that at the ribbon-cutting for the park, a wide assortment of people and organizations were standing side-by-side to share the moment.

“This stands for a new day,” proclaimed Able Mable Thomas.

Tony Torrence, founder of the Atlanta Community Improvement Association, was overcome with emotion.

“They said we couldn’t do this. You haven’t seen nothing yet,” Torrence said. “People said we can’t get along in this neighborhood. We learned today that we work together; and we make things happen. We are ready to get this party started on the Westside.”

Atlanta Mayor Kasim Reed captured the essence of the moment. 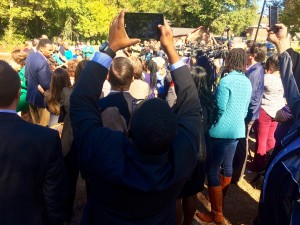 “This is what happens when you choose cooperation over conflict,” Reed said. “Each and everyone one of you played a role in this. We are going to come back to this park in a little while, and we are going to make it even more beautiful.”

Park Pride’s Halicki reminded everyone that Lindsay Street Park is part of a vision to improve the community with parks and green space that can also help alleviate the flooding that has plagued the area in the past.

“This is really a down payment on a much bigger green space vision,” Halicki said, adding that the next move was the expansion of Vine City Park. He repeated the Conservation Fund’s mantra that Lindsay Street Park showed how “you can build community while you’re building a park.”

The Conservation Fund’s Stacy Funderburke first thanked his colleague – Shannon Lee – for all she had done to bring everyone together. 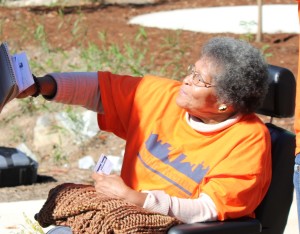 “We’re building a park,” Funderburke said – highly aware of all the obstacles that stood before them.

But the boy, unaware of all the potential pitfalls, simply asked: “When?”

At the ribbon-cutting, Funderburke said he finally could tell the boy: “Now.” Although Funderburke said the boy was not present that day, people of all ages had come to marvel at one of the most uplifting investments that has occurred in English Avenue in decades.

Perhaps none were more pleased than “Mother” Moore – sitting in her wheelchair in the warm sun of a fall day – soaking it all in.

Looking around the park at the dilapidated houses, she said she could now see new residents wanting to move into the neighborhood – fixing up the area’s historic homes to their former glory – so they could be next to the park.

As Torrence said, it was not just about the area’s current residents (who should be able to stay in the community). It was really about the next generation of English Avenue residents.

And so new day on the Westside had begun.