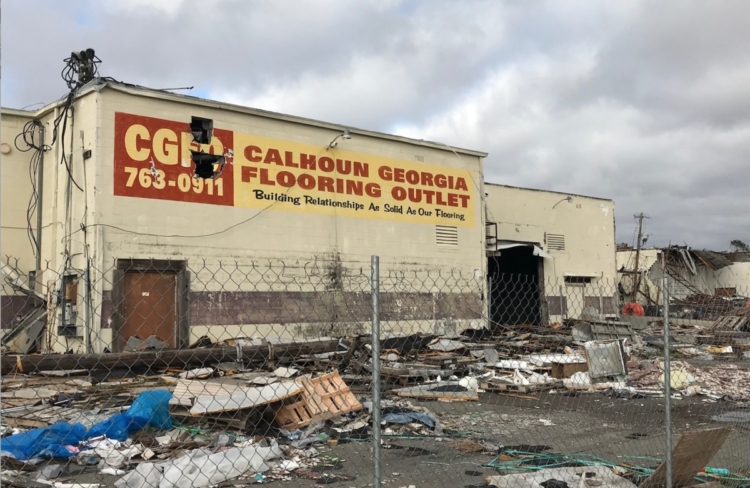 Hurricane Michael may seem a distant memory, especially with wintry weather wrapping metro Atlanta, but the impact of the October 2018 storm remains so close that cotton awaits harvest in Georgia fields and only on Monday did the nation’s workplace safety agency return to regular enforcement duties in all affected areas. 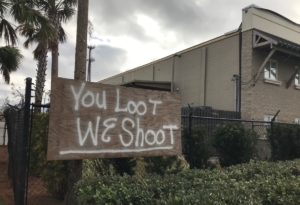 The operators of this light industrial site in Panama City, Fl. state their intentions in the event they find anyone breaking into the facility, which appears to have sustained little if any damage from Hurricane Michael. Credit: David Pendered

After the hurricane that made landfall in Florida and crossed into Georgia on Oct. 10, 2018, OSHA had redirected its staff from enforcement inspections in all impacted areas of Georgia and Florida.

OSHA dispatched safety and health professionals to help employers and workers involved in recovery efforts eliminate serious hazards, according to a Nov. 19, 2018 statement from OSHA.

The Florida counties where OSHA is finally back to normal are home to some of the main tourist destinations for metro Atlantans and other vacationers – the counties of Bay, home to Panama City Beach; Gulf, home of St. Joseph Peninsula State Park; and Franklin, home of Apalachicola and St. George Island. Three other counties affected are byways to the coast – Calhoun, Gasden, and Liberty.

OSHA announced Monday that its recovery work in these areas is complete:

In southwest Georgia, OSHA shifted its employees’ duties in the agricultural counties of Decatur, Miller and Seminole. They were still affected in mid November, according to a Nov. 19, 2018 statement from OSHA. 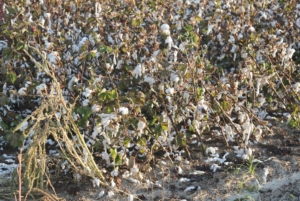 Up to 100,000 acres of cotton may remain in Georgia fields, representing up to 10 percent of the 2018 crop that was damaged by Hurricane Michael and left on the ground because fields were too sodden by end-of-year rains to harvest, according to UGA’s Extension Service. Credit: extension.uga.edu

It’s not clear from statements when OSHA returned to normal duties in Georgia.   A Labor Department spokesman said Tuesday he would try to find out, but had not responded by the close of business.

Meanwhile, even during the recovery effort, OSHA did pursue investigations that were started before the hurricane.

In one case, OSHA on Oct. 30, 2018 proposed penalties of $113,816 for a Panama City framing company. OSHA inspected one job site, a house, on June 28, 2018 and reported multiple violations for exposing employees to fall hazards on the job site. The company and its various predecessors have been cited repeatedly since 2012 for not providing any safety systems to employees as they worked more than 6 feet above ground, according to the citation.

Georgia’s cotton fields still haven’t recovered from Hurricane Michael or the unusually wet weather in November and December, according to a Jan. 24 statement from the University of Georgia’s Extension Service.

From 5 percent to 10 percent of the state’s cotton crop remains in the field. Ten percent represents cotton crop left on about 100,000 acres of land, according to the statement.

The remaining cotton probably isn’t worth much at market, according to a comment by Jared Whitaker, University of Georgia Cooperative Extension cotton agronomist: 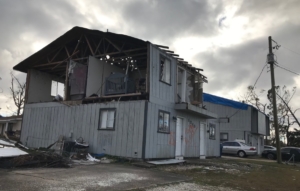 An apparent baby crib is evident next to a former wall that’s been torn out for repair following damage by Hurricane Michael to this house in an industrial district of Panama City, Fl. Credit: David Pendered 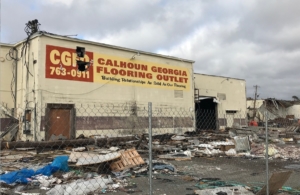