Paradigm shift or a perpetuation of injustice: The Atlanta Prison Farm and the South River Forest

“Prison Farming” is a product of the Jim Crow era that endures to this day. A formalized system of free labor and servitude, the Atlanta Prison Farm was defined by racist, inhumane practices, violence, overcrowded, wretched conditions and grueling labor that often led to the death of inmates. Having provided great economic prosperity to the city, the Atlanta Prison Farm functioned until 1990.

Documented to be an overcrowded “ungodly mess” and health hazard, the Prison Farm offers a glimpse into Atlanta, the state of Georgia and, indeed, our country’s history that cannot be dismissed or forgotten.

Prisoners, often arrested for drunkenness, worked on countless municipal construction projects including building many of the roads we drive on today. Now, the historic and ongoing inequity that plagues the surrounding area is being exposed to fresh eyes and new generations as the Prison Farm property is poised to be leveled and replaced with yet another law enforcement complex.

This month, the Atlanta Regional Commission kicked off a community input and pre-planning process for protecting greenspace in southeast Atlanta and southwest DeKalb County, an area also known as the South River Forest and of which the old Atlanta Prison Farm property is a linchpin.

The Atlanta Community Press Collective has done extensive research on the Prison Farm. Georgia Tech grad students are soon to release full architectural renderings of the barracks and a preservation strategy to “connect the lived experience of former inmates to the physical space that we see today.” 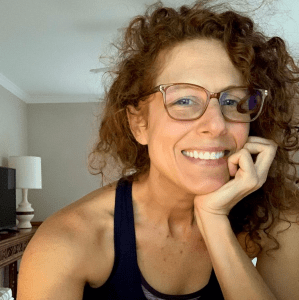 Things are looking promising for the South River Forest, you might think. Past Injustice Hidden Deep in Atlanta’s Forest and present conditions are being exposed alongside initiatives to protect the environment and people. But destructive acts are easily repeated in vulnerable communities. Last month, a Land Disturbance Permit #1245564 was submitted by the Atlanta Police Foundation to the DeKalb County Department of Planning and Sustainability for the development of a massive police and fire training facility, slated to be the largest in our country, on the historic Prison Farm property — much of which is a mature forest that protects Intrenchment Creek, the South River’s largest urban tributary.

Because this site is an island of Atlanta-owned property surrounded by unincorporated DeKalb County, the fate of people’s backyards is being determined by elected officials that they cannot vote for. The proposed facility, its gun ranges, explosives, chemical and toxic contamination of air, soil, and waterways, the clear-cutting of urban forest, erasure of significant prehistoric and historic injustices, and the degradation of public land and valuable natural resources are a perpetuation of disinvestment in south DeKalb County communities and their environment. Environmental threats aside, the benefits of the proposed training facility, as argued by some, will never serve the people of unincorporated DeKalb. The burden should not be theirs to bear.

Leaders have a once-in-a-lifetime opportunity to invest in southeast metro Atlanta for the benefit of marginalized communities and their environment. Amid disparate and widespread criticism, will the City of Atlanta and DeKalb County continue to suffocate the southeast metro area with crumbling infrastructure, landfills, unenforced illegal dumping, prisons and detention centers, ammunition and explosives ranges, industrial complexes and a blanket of neglect? Or will they confront historic and ongoing inequity and injustice so that we may examine and reflect upon who we are and what we would like to become?