‘The Party’ – an eccentric, stage-bound movie in black-and-white 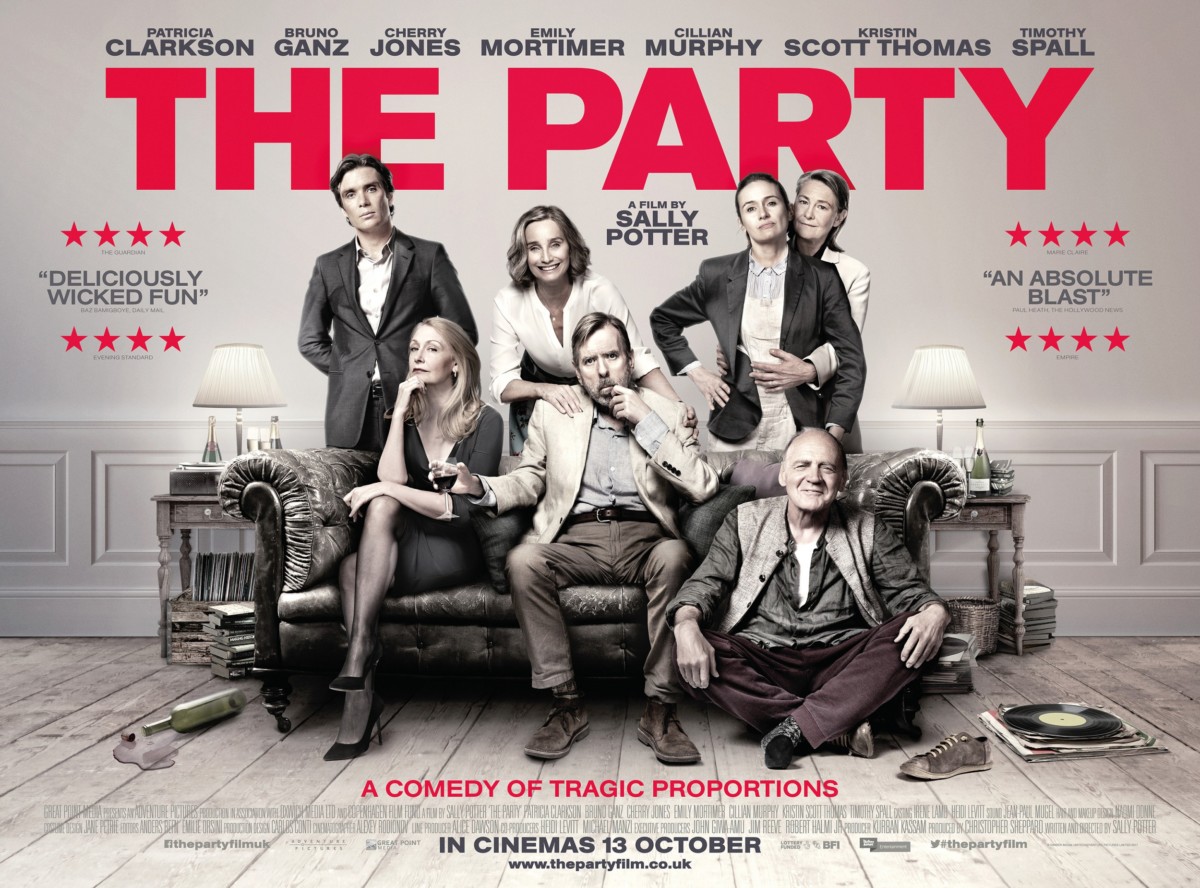 Noel Coward, who famously enjoyed parties where a guest “got blind on Dubonet and Gin and scratched her veneer with a Cartier pin,” would find “The Party” right up his alley.

For the rest of us, well, it’s hardly difficult to find something to enjoy about a movie that offers Kristin Scott Thomas, Patricia Clarkson, Bruno Ganz, Emily Mortimer, Cillian Murphy, Cherry Jones and Timothy Spall.

You know all these actors, even if you may not know them by name. Scott Thomas, of course, has been in everything from “The English Patient” to “Darkest Hour” (She’s Mrs. Churchill). You’ve seen Ganz as a chillingly credible Hitler in “Downfall;” Murphy as the shell-shocked pilot rescued by Mark Rylance in “Dunkirk;” and Clarkson in “House of Cards,” “Pieces of April” and “The Maze Runner” movies. 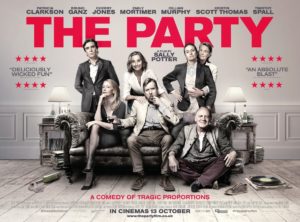 ‘The Party’ in black-and-white

Mortimer’s credits range from “Shutter Island” to “Hugo” to “The Newsroom” while Jones, though best known for her stage work, has had recurring roles on “24” and “Transparent.” And Spall, a Mike Leigh regular, has played everyone from Wormtail in the “Harry Potter” series to Winston Churchill in “The King’s Speech.”

So, while they may not be instantly recognizable, you’ve seen all of them. And they are, as Coward might say, “mahvelous” company.

Best of all, they don’t overstay their welcome. At a brisk 71 minutes long, “The Party” is basically a short story with an O. Henry punch.

The titular event takes place in a posh London flat where Scott Thomas is celebrating her appointment as the new Minister of Health. That she’s throwing the party for herself is an early hint of trouble to come.

While she double-duties as hostess and rising politico, her husband (Spall) sits forlornly in the living room, drink in hand, listening to vinyl. Why he’s so dazed and confused will be one of many bombshells dropped during the evening.

Clarkson brings both her hippy-dippy life-coach boyfriend (Ganz, amusingly fluent in granola-brained nonsense) and her patented sharp tongue.  “She’s doing a Thatcher,” Clarkson acidly observes of Scott Thomas. “Proving she can still whip up a canapé in the kitchen.” 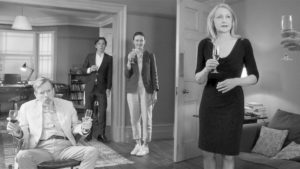 A scene from ‘The Party’

Murphy brings a vial of coke and a gun.

“The Party” does “Who’s Afraid of Virginia Woolf?” one better. These games include Get the Guests and Get the Hosts. Clarkson has been handed most of the best bon mots and she handles them adroitly. While her character’s venom-dipped witticisms can be limiting — whenever the camera’s on her, we expect one — they’re also pretty delicious.

The director is Sally Potter who may forever be best known for “Orlando,” the gender-bending picture that introduced most American movie-goers to Tilda Swinton.

“The Party” is equally eccentric: exceedingly brief, slightly stage-bound and — did I mention? —  shot in black and white.

True, the picture promises more than it delivers. But it delivers a lot and if you’ve already seen “Black Panther” three or four times, here, as Monty Python used to say, is something completely different.

Previous Article
Wanted: a strong business leader to run for governor
Next Article
Southface to recognize four leaders in sustainability at Greenprints program