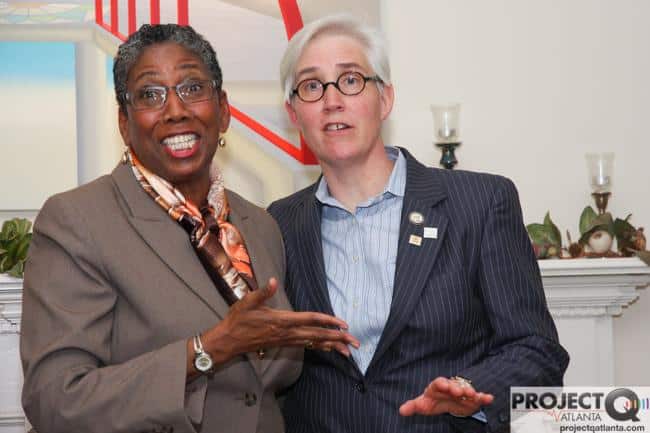 When I heard that Fulton County Commissioner Joan Garner passed away earlier today, it hit me hard.

Joan was a fellow breast cancer survivor. We fought the good fight at almost the exact same time, and we knew we would be forever linked in that sisterhood none of us had ever wanted to join. 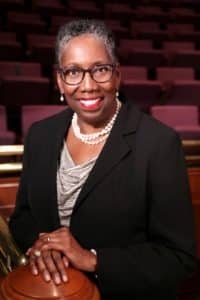 Although our professional lives had crossed over the years, it was our common experience with breast cancer that brought us closer. I remember standing outside of Whole Foods one day talking about what we were going through.

But one of the more amazing coincidences was in early January 2016 when I showed up at the Piedmont Cancer Institute for my first radiation treatment. Lo and behold, Joan was there with her spouse – Fulton County State Court Judge Jane Morrison.

Jane had brought balloons and treats for everyone because they were celebrating Joan’s last day of radiation – which had followed her chemotherapy.

We were both on the mend – checking in with each other and our health status whenever our paths crossed.

It was at the State of MARTA breakfast on Jan. 6 of this year when she pulled me aside to tell me her cancer had come back. This time it was in her lungs. But she was going to do all she could to fight it.

She had just been named Vice Chairman of the Fulton County Commission, and she had so much she still wanted to do. We stayed in touch, and Joan let me know that she had been accepted into a clinical trial with a promising drug for her kind of cancer.

Kathy Colbenson, president and CEO of Chris180, also was a member of this darn sisterhood. I knew both she and Joan had compared notes on their cancers, because they shared similarities. It was at a Transform Westside Summit meeting when I saw Kathy, and I told her that Joan’s cancer had returned.

It was obvious we both were thinking the same thing – there but for the grace of God go I. The breast cancer roulette had unfairly landed with Joan.

Still, I was in denial. When I ran into Jane at the reception welcoming new Atlanta Police Chief Erika Shields, I asked how Joan was doing. Jane said it was a struggle, but that Joan’s spirit remained strong.

In late February, I texted Joan to see how she was feeling – always believing she was winning her fight against cancer.

“Hi Maria, thanks for your warm message,” she wrote back. “The new medication is wearing me out with fatigue. Sending you healing thoughts as well.”

That was Joan – her giving spirit was ever present. She was thinking of me and my cancer, even though I have pretty much put that whole experience in my rear view mirror.

But Joan’s passing gives me pause on how fleeting life can be. Did I tell her what a  great person and fellow sister she has been? Did I tell her how much I admired her strength and her contributions to our community.

In short, we probably never express these sentiments as often as we should. 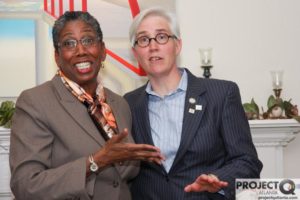 As soon as I heard that Joan had passed away today, I reached out to Kathy Colbenson and Fulton County Commission Chairman John Eaves.

“Just feel overwhelmingly sad right now,” Kathy wrote back. “She was a friend, always an advocate for justice and equality, a person of great integrity, a fighter, she was a great public servant. I loved her!”

Eaves also texted me right back. “Sad day,” he wrote. “She was courageous with her battle.”

Then Eaves sent me the statement he had written on behalf of the county on the passing of Vice Chair Joan P. Garner, which I am sharing with all of you.

On behalf of the Board of Commissioners, we are heartbroken by the loss of our colleague and friend, Vice Chair Joan P. Garner, who passed away this morning  after a lengthy fight with triple-negative breast cancer. We will miss her thoughtful service, her passion for equity, and, especially, her smile and her warmth. Our thoughts and prayers are with her spouse and our friend, Judge Jane Morrison, as well as the rest of her family.

Commissioner Garner joined the Board of Commissioner in 2011, representing a dynamic and vibrant district in Atlanta. She put her heart and soul into her service to citizens, with a particular focus on health. She worked tirelessly to fight against health disparities and became our Executive Sponsor of the “All People Are Healthy” priority area. She also joined me in co-founding the Fulton County Task Force on HIV/AIDS and championed numerous other health initiatives. She also sponsored numerous programs for young people. Even in within the last month she greeted students at the annual “Don’t Touch The Fire” conference for at-risk youth.

Commissioner Garner was also committed to service on a statewide and national scale. She was currently serving as Third Vice President of ACCG – Georgia’s County Association. She was also very actively engaged with the National Association of Counties, serving as past Chair of the National Association of Counties’ Healthy Counties Initiative Advisory Board, Chair of NACo’s Medicaid and Indigent Care Subcommittee, and as Chair of the Health Policy Committee.

In the midst of our sorrow, I am so glad we took the opportunity to honor Joan and her work on behalf of citizens of Fulton County at our meeting last week. As a group, we were able to let her know how much we cared for her as an individual, and how much we admired her exemplary service to citizens. Her courage and unwavering commitment to service during her long health battle has been an example to all of us.

A memorial fund has been established and additional details are forthcoming. 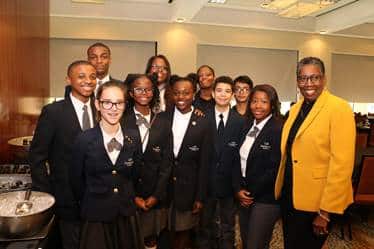 Fulton County Commissioner Joan Garner hosts a group of young people at the Current & Emerging Opportunities in Business and Technology at a conference (Special: Fulton County)