Perdue bill blows up with majority leader on board 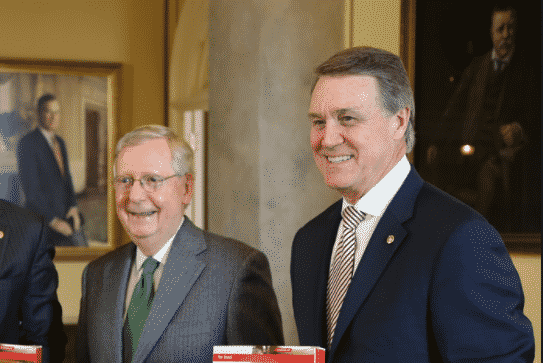 Interesting things have a way of happening when everybody’s interested in something else. Take last week.

The day after President Donald Trump fired FBI director James Comey, the Senate, for the first time in 14 attempts this year, refused to go along with a rollback of an Obama administration rule. The rule, which requires stricter control of methane gas emissions from drilling sites on public lands, survived on a 51-49 vote.

Against the larger backdrop of how much environmental policy is being changed by this administration, this wasn’t such a big deal. A couple of the senators who voted to keep the rule said they wanted it to be changed, although they didn’t want to have no rule at all.

What was important about it was the emergence for the first time of a 51-vote majority which crystallized around five senators. Democrats Joe Manchin of West Virginia and Heidi Heitkamp of North Dakota, who had been undecided, stayed in the Democratic fold and voted against dropping the rule. These were energy state senators voting on a rule opposed by the energy industry, so their decision wasn’t automatic. Republicans Susan Collins of Maine and Lindsey Graham of South Carolina, already “no” votes, were unexpectedly joined by John McCain of Arizona. These five could decide a lot of things in the months ahead.

The deadline for the Senate to overturn rules made by the previous administration under the Congressional Review Act was last Thursday, by the way. If there was an easy part in the marriage of this new administration and the Republican Congress, that was it.

The Senate followed its rejection of the administration with a rare snub of Senate Majority Leader Mitch McConnell, over a bill sponsored by Sen. David Perdue of Georgia.

Since the Great Recession, the number of Americans who do their business through prepaid debit cards rather than banks has grown to 23 million. During the Obama administration, the Consumer Financial Protection Bureau passed a rule extending many of the same protections credit card holders have against hidden fees and other abuses.

Although industry trade groups favored the rule, Perdue argued it was unnecessary regulation that would saddle low-income consumers with higher fees. The self-proclaimed swamp drainer’s bill was on a fast track, but opposition from consumer groups began to pick up after a story by the AJC’s Tamar Hallerman detailing how NetSpend, a Georgia company which is a subsidiary of Total System Services, a major Perdue contributor, would be the major beneficiary of his bill.

McConnell took the unusual step for a majority leader of signing a discharge petition to expedite passage of the bill before last Thursday’s deadline raised the total votes needed for passage from 51 to 60. But like an airboat losing power in the middle of the Okefenokee, Perdue’s bill lost momentum and never came up for a vote. In the meantime, NetSpend has agreed to a $53 million settlement with Federal Trade Commission over charges it defrauded customers.

As the last members of Congress were catching the redeye out of the nation’s capital Thursday night, the North Carolina legislature remained locked in a prolonged budget struggle, with Democrats introducing a succession of amendments and Republicans voting them down. As the session dragged on into early Friday morning, Republican Senate leaders called a recess and came back — at 3 a.m. — with an amendment to spend $1 million on pilot programs battling opioid abuse.

It wasn’t mentioned when the amendment was introduced that $1 million came entirely from existing educational programs in Democratic districts. The vote was taken quickly, and two Democrats who hadn’t read the fine print joined the Republican majority in voting for it.

The hearts of lawyers in North Carolina must quicken whenever their legislature is in session. This bill is so blatantly discriminatory that it will become a black eye to the state, like the recently repealed “bathroom bill,” and could lead to costly court action, like the 2013 election law which a lower court threw out and the U.S. Supreme Court on Monday declined to consider on appeal. The lower court ruled that the election law had targeted African Americans “with almost surgical precision.”