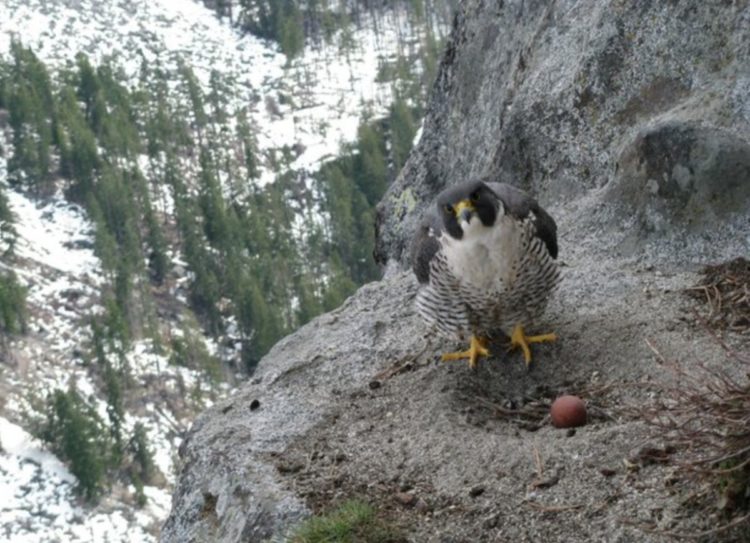 Peregrine falcons have joined the back-to-the-city movement that has brought thousands of new residents into Atlanta. A new state survey shows that peregrines are likely nesting in high-rise buildings from Midtown to Buckhead, rather than on the faces of canyons in the mountains of North Georgia. 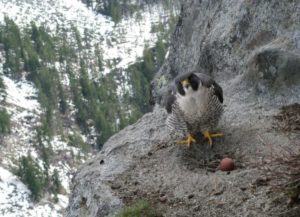 Atlanta has been the state’s nesting hotspot for the speedy peregrine since 1996, when Atlanta hosted the Summer Olympic Games. The birds are more common in the city than in top nesting habitats in North Georgia, according to a statement from the Georgia Department of Natural Resources.

The peregrines evidently are attracted to some of the same urban amenities that attract humans to the urban core – plenty of housing choices in high-rise buildings, and ample lighting that extends the dinner hour. Peregrines are fond of eating pigeons and doves, starlings and migrating yellow-billed cuckoos, according to DNR’s statement.

These birds are naturals when it comes to the fast life of city living. According to one of the Audubon field guides, the peregrine falcon is:

The sight of a peregrine nest was once a highlight for visitors to the upper floors of SunTrust Plaza, in Downtown Atlanta. But nests haven’t been spotted on the building since 2015, according to DNR.

This doesn’t mean the birds have abandoned the tower. It does mean that bird nests have not been spotted in the small indentations and crevices where peregrines establish their nests. These birds don’t build nests from twigs and other material, as do birds including robins. Peregrines seem content to lay eggs in a hollowed-out area. Spotting nests isn’t easy.

A peregrine was spotted on May 11 in Midtown, at the Four Seasons Hotel, on 14th Street, according to DNR’s statement.

This Spring, the state conducted its first count of peregrine falcons since 1995. DNR provided the money to conduct the count by diverting funds from the count of bald eagles, a population that is enjoying a recovery in Georgia. The peregrine count was conducted by helicopter in North Georgia and on foot in Atlanta.

Here’s a snapshot of the program and its results:

Previous Article
Questions on housing and more at Westside summit with mayor
Next Article
Helping Atlanta do what is hard, but right